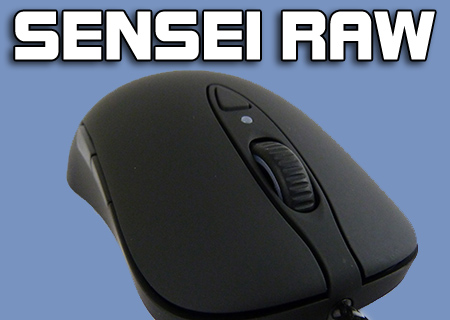 When the SteelSeries Sensei appeared last year it redefined what we at OC3D expected from a top level gaming mouse. It was so much better than everything else that we struggled to see how any manufacturer could knock it off its perch in the foreseeable future. 11 months down the road and the only one that can stand alongside it is the Razer Taipan, which does a similar thing but just lacks the colour options of the Sensei.

So it's safe to say that SteelSeries hit a home run with it. However, in the same way that the 'only available in green' lighting of the Taipan wont dissuade people from purchasing it, we understand that not everyone demands infinite customisation or indeed has the cash available to buy such a premium mouse.

SteelSeries obviously agree that the Sensei is a mighty rodent indeed but is perhaps out of the reach of some, and so they've kept the core values of the full-fat Sensei, and pared down the glitz to bring us the Sensei [RAW]. With only a single colour light, and a choice of matte black or gloss black, does this contain enough of the Sensei DNA to remain a must buy?

Casting an eye down the comparison table you can see that the [RAW] isn't missing an awful lot. We know that some people will prefer the tactile rubberised coating we have on test today, especially as it's quickly become the material of choice for mice. Lighting is one of those elements that is both important and yet not. We all like to be able to tune our colour scheme to our own preferences, but the reality is that in use you rarely see it, and with only a single onboard profile the ability to easily tell which profile you're running is less important.

Perhaps the biggest change is the reduction of the sensor from the double CPI of the Sensei, down to just 5670DPI on the [RAW]. Given that very very few of us can handle a mouse beyond about 5000 CPI it's less of a hindrance than it might first appear, especially with the big drop in price tag. 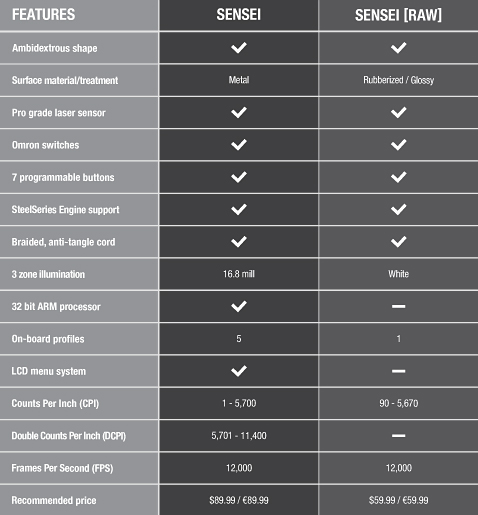 pete21121
Got the rubberised version a couple of weeks ago. The more i use it, the more i love it. Didnt wanna spend sensei money on a mouse, but with the amount of praise that got from everyone who used it, i couldnt resist when i found this was coming out. Awesome product.Quote
Reply