The main benefit of having short-sided key caps and plentiful acreage for the RGB lighting is that the colour choice absolutely dominates the visuals and so it is not a surprise that the packaging for the Vulcan 120 AIMO places the RGB lighting front and centre. This is also the first Roccat product we can recall that has a plain white logo rather than one in the famous Roccat ice blue colouring. 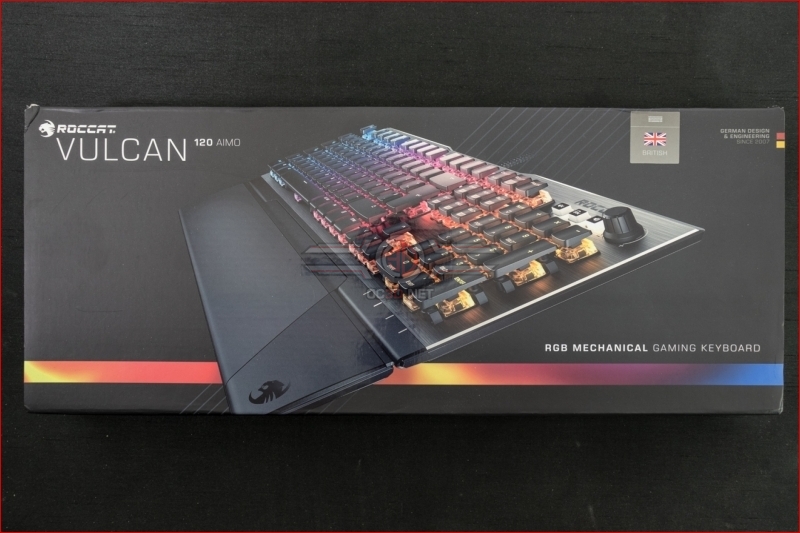 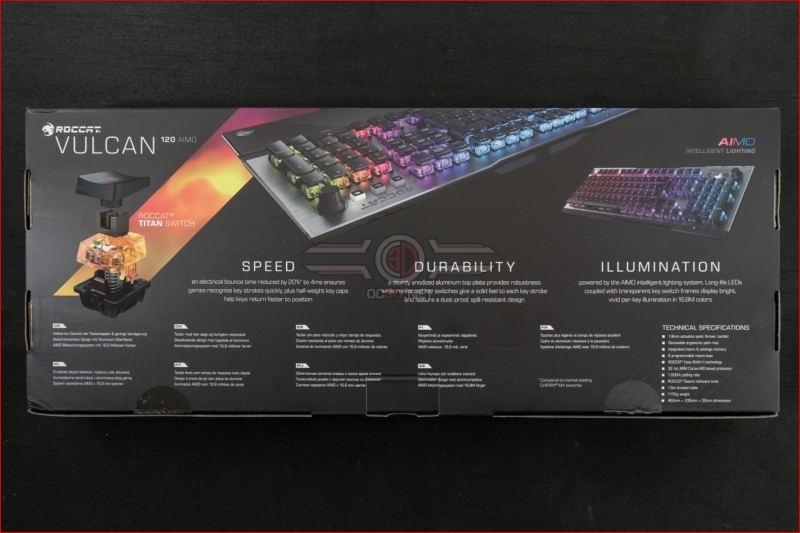 Within the box we find a quick start manual that could double as a poster if you were so inclined, as well as a few stickers to tell the world which manufacturer is keeping your gaming habit at peak performance. The keyboard itself also comes equipped with a magnetic wrist rest that is both quite low and quite hard. If you're determined to use a wrist rest - and you absolutely should as our aching wrists will attest - then you might need to invest in a most substantial and cushioned option, although the included one makes for a good stop gap. 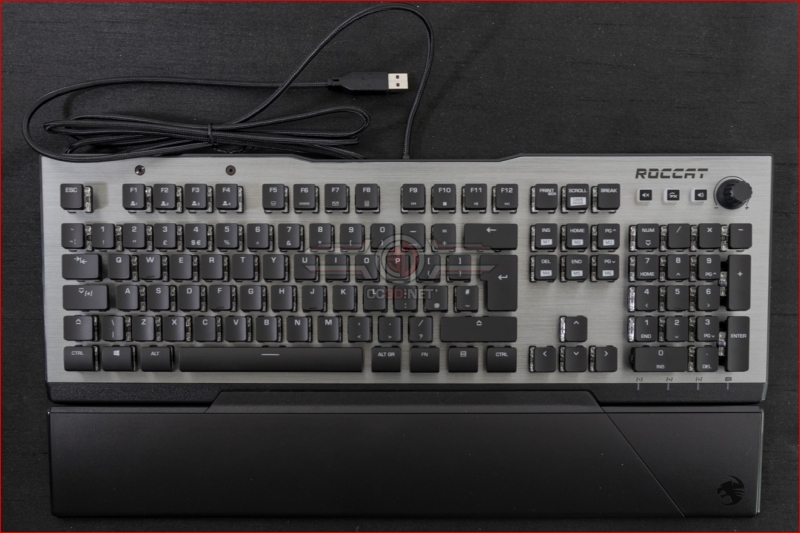 On the underside we find two wide feet and a rubber strip that stretches the entire width of the Vulcan 120 chassis keeping it firmly in place on your desk. The cable is hard mounted and there are no pass through ports. 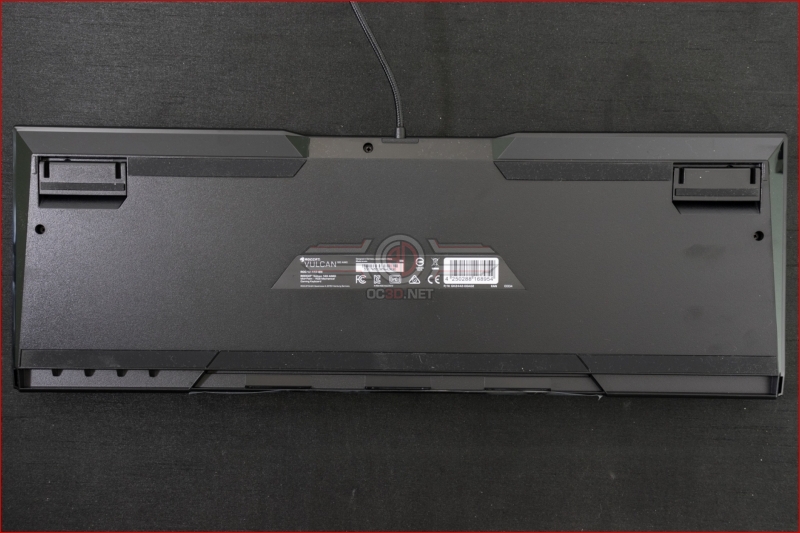 Like many keyboards the Roccat Vulcan 120 has multi-function F-Keys, here supporting shortcuts and profile changes. You'll also note that the Caps Lock key has the EasyShift logo, letting you double up the number of keys by configuring alternative functions in the Roccat Swarm software suite. 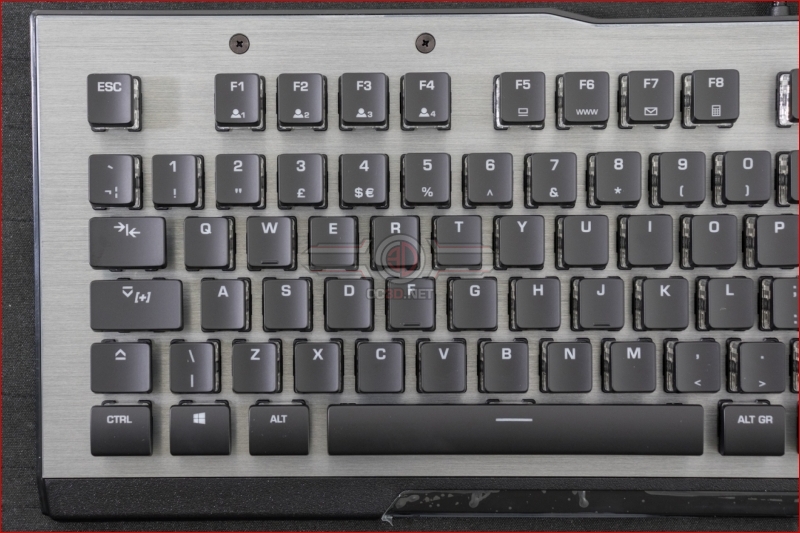 The top right corner has the largest number of things to talk about. As well as the media controls running on the F9-F12 keys, there is a Game Mode toggle on the Scroll lock and six macro keys on the Home cluster. At the top right are three buttons for muting, and then two that adjust what the dial on the right hand side controls, from volume or, if you press the FX button, cycling through the lighting effects. The dial itself might be plastic but it feels high quality and has a very notchy action to ensure you can quickly reach what you're looking for. With these controls placed here the lock indicators have been moved to the bottom right corner. 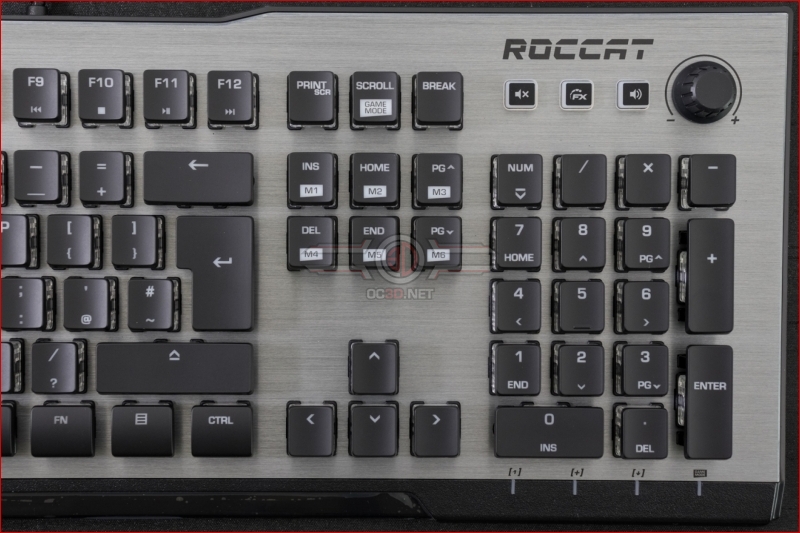 Beneath the key caps you find the Titan switches in their dark khaki colouring. Although there are Cherry MX compatible stalks they are very low profile and so we wouldn't think that you could adjust to a key cap of your choice unless it was trimmed down like the ones you get with the Vulcan. We've left one on its side so you can see how flat they are. 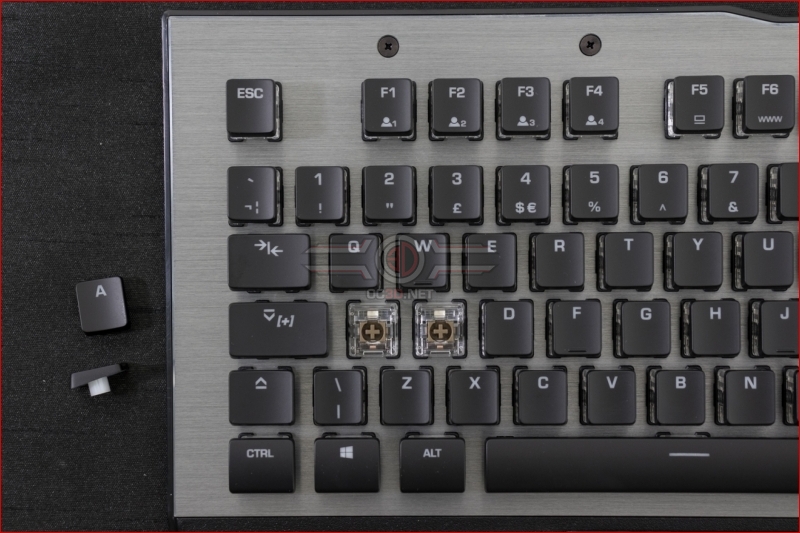 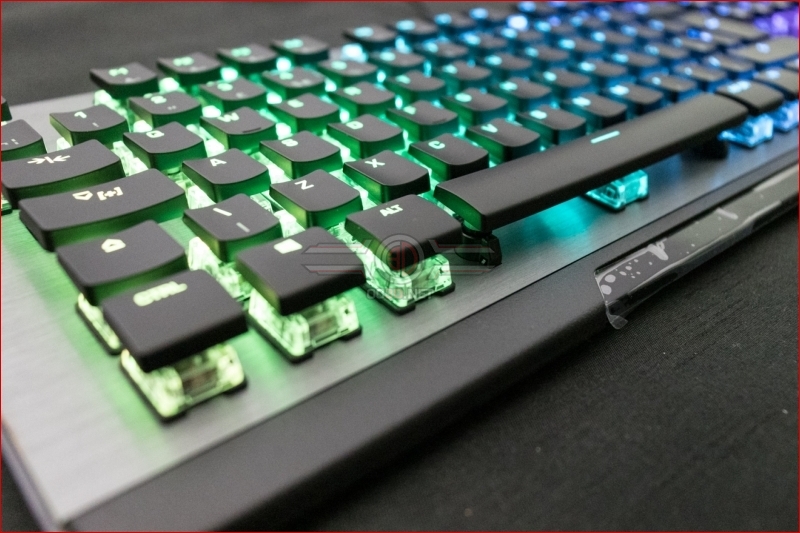