Roccat have always produced high quality peripherals. We remember their first Kone mouse and how it utterly changed the landscape of the market and the direction other companies took with their peripherals. The fact that all these years later the Kone is still a part of the Roccat range shows how hugely successful it was right out of the gate.

One area that they've been a little more inconsistent is the keyboard market. They've had some successes, but also some that didn't quite hit the heights that we had come to expect. With the launch of the Vulcan they have almost revisited their idea of treading their own path and seeing where it took them, so of course we wanted to discover how this latest addition fared in such a hugely competitive sector.

The key element of the Vulcan is that Roccat have eschewed the usual Cherry MX mechanical design and instead plumped for their own take on the formula. They aren't the first company who have attempted to reinvent the wheel, and not everyone has been successful. But with previous Roccat keyboards having a varied reception, and knowing that we'll all been keenly comparing it to a known commodity, they have made sure that it is pretty much spot on the first time round. Or at least that's the idea. Let's find out if it worked.

As you can see from the exploded diagram below, as well as the image at the top of this page, the Titan switches are dominated by a huge clear lighting section. Combining this with the cut down key caps should enable the RGB lighting to really, if you'll pardon the expression, shine brightly. Technically the Titan switches are probably closest to the Cherry MX Brown models, with a short throw, light actuation pressure and a tactile bump at the top of their linear travel. There is another element that is unique to the Vulcan, so let's look at it in the flesh. 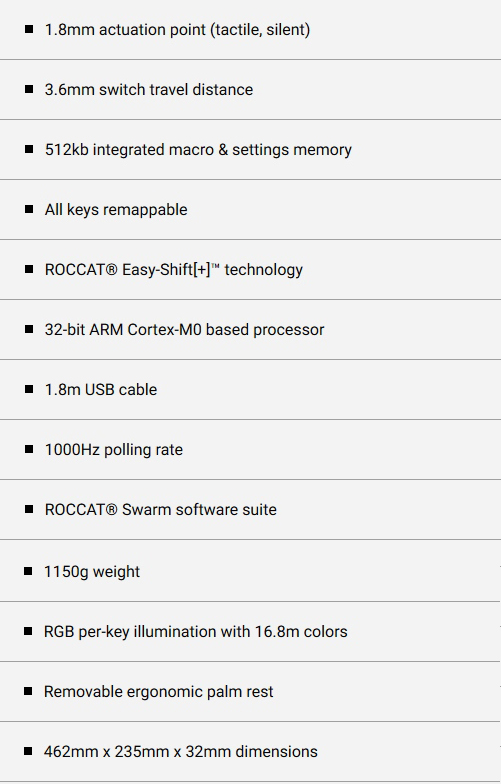 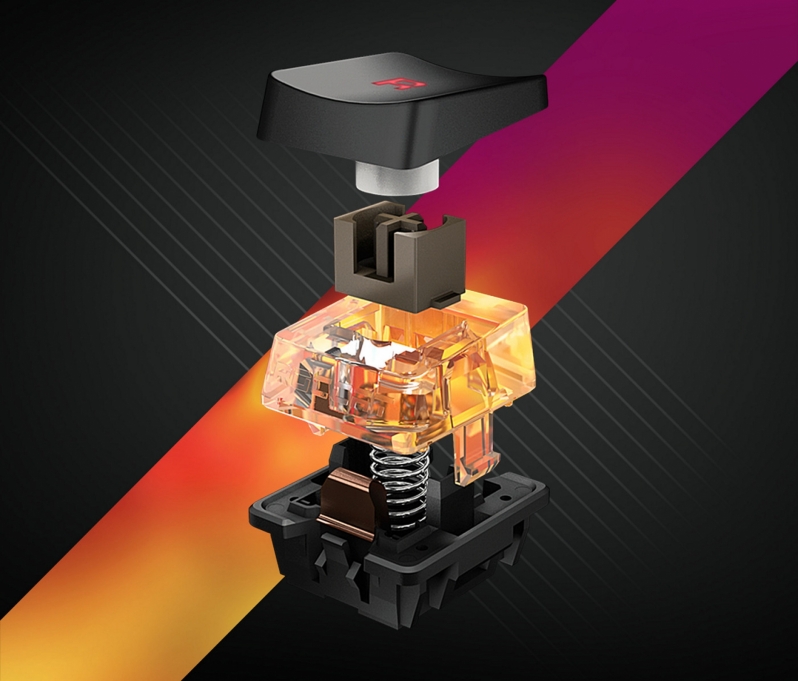