Sometimes a product requires some introduction. A little scene setting to give you an idea of where it's targeted, why you should be interested, and what we can expect. The Razer Firefly probably requires the least introductory preamble of any product we've reviewed. It's a mouse mat from Razer, so already you know that the quality of the surface will be impeccable. It's moved from the merely useful into the unique by virtue of its lighting system. Let's take a look.

The lighting is very much the party trick of the Firefly and the packaging emphasises this as it should. Everything is on offer from a rainbow effect to any colour you can think of. 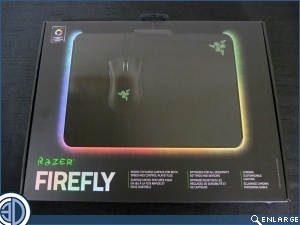 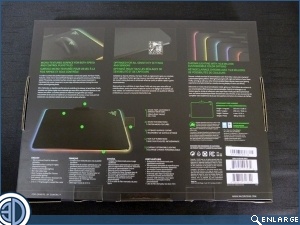 From the top side, USB cable apart, you might be forgiven for thinking that the Firefly is a regular hard gaming surface. It's on the underside where the magic happens as the LED strip that runs around the edge is hidden beneath the edge of the Firefly. 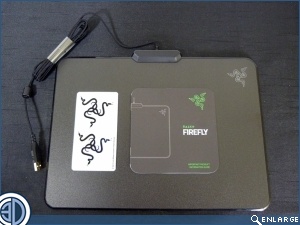 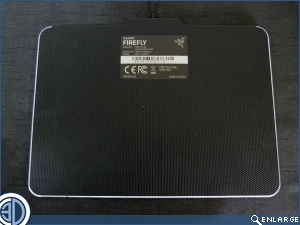 The surface itself is up to Razer's usual high standard with a hybrid "speed and control" ensuring that it will give great performance regardless of your choice of rodent. The underside is one of the grippiest that we've ever come across. Plenty of rubber pimples give unbelievable rigidity. 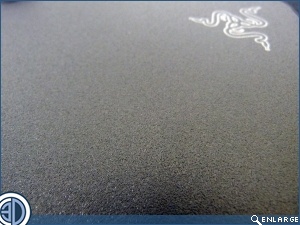 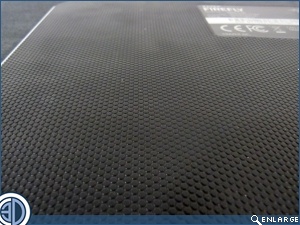 The software has all the options one would expect. You can have individual light colours, a rolling rainbow or a reactive system with it only lighting up when you click. The colours are well saturated and the brightness is obvious without being blinding. 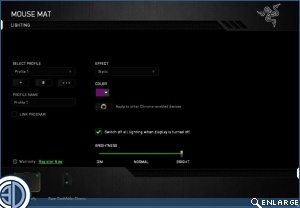 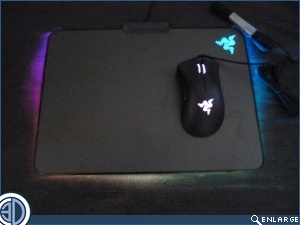 We threw a whole range of mice at the Firefly from the pictured Deathadder to low-DPI optical options and it handled all of them flawlessly. The surface is an exceptional balance between the type of blistering speed that would be at home in a Jet Fighter, whilst retaining the same level of control that you need to ensure every click occurs exactly where your muscle memory tells you it should. It's a very difficult balance to strike and Razer have nailed it. The mouse never binds to the surface and yet never feels like you're moving further than you'd like.

As a surface it's spot on. But if it was just a surface though it would be hopelessly expensive. The lighting turns the Firefly from a great surface into something that looks epic as well. In fact it almost looks better than it performs. The logo and surrounding lights are available in any colour you choose. You can even just have it scrolling a rainbow around if you so desire. One of the coolest features in the software is the reactive mode with the Firefly being dark until you click and you get a burst of colour.

Of course it's seriously expensive. But this isn't a product for people who have a restricted budget and are desperately scraping together the last few pounds. It's for those who demand the best. Who require a gaming surface that not only has all the performance but all the flash and flair that you could hope to find in a well-crafted, high end product and for that it wins our OC3D Performance Award.

Dicehunter
Ooooh it's purdy, Hint kick nudge Corsair, You need something like this

Doomslayer
Quote:
Give them time

SuB
Quote:
Yes I'm sure they need more pies to put their fingers and thumbs intoQuote

Dicehunter
Quote:
Well they already make mouse mats so this would be the next logical step to go with their RGB lineup that they had out well before Razer