It's not that we're old here at OC3D, but we definitely remember being told in our youth how those darn computer games you keep playing won't be able to support you or put food on the table. Indeed, back when we were wee nippers that was the case.

Now of course there are millions to be made from the world of streaming, whether you're demonstrating strategies in a single title, playing through some retro games, or just showing off the latest and greatest. Even if you don't want to play live you can still make a mint just by producing list videos. All of these things require a way to capture your footage.

On a PC that's simple enough with the various streaming packages around and the main graphics card manufacturers providing in-driver capture, but if you want to get your footage from a console or even a mobile device then you'll require a capture card. NZXT have just launched two such cards, that are externally identical but with some tweaks under the hood depending on the your needs.

We've got both models of their new Signal Capture Cards here today, the 4K30 and the HD60. Additionally to smooth the capture of your voice, particularly in online games, they've provided a 'Chat Cable' which is a simple y-splitter.

As you can see from the specifications table they are both very similar in their capabilities, and you'll see on the next page they're identical externally. However the 4K30 is able to capture, as you might have guessed, footage up to 4K30 in HDR. Drop down to 1440 for 60 FPS or even 1080 for 120 FPS if you have a console capable of such dizzying frame rates. The HD60 is the more affordable of the two and designed around giving you 1080P/60FPS for Twitch, perfect if you don't need 4K footage, either for hardware or sheer internet bandwidth reasons. Capturing at huge resolutions is fine but you'll need more than basic broadband to stream it live. Whichever you plan to do, there is a model to suit. Let's take a look at them both. 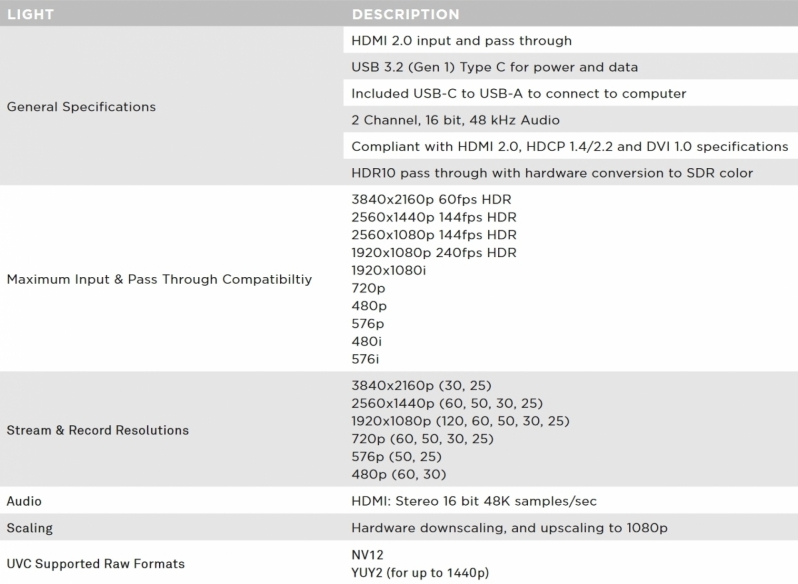 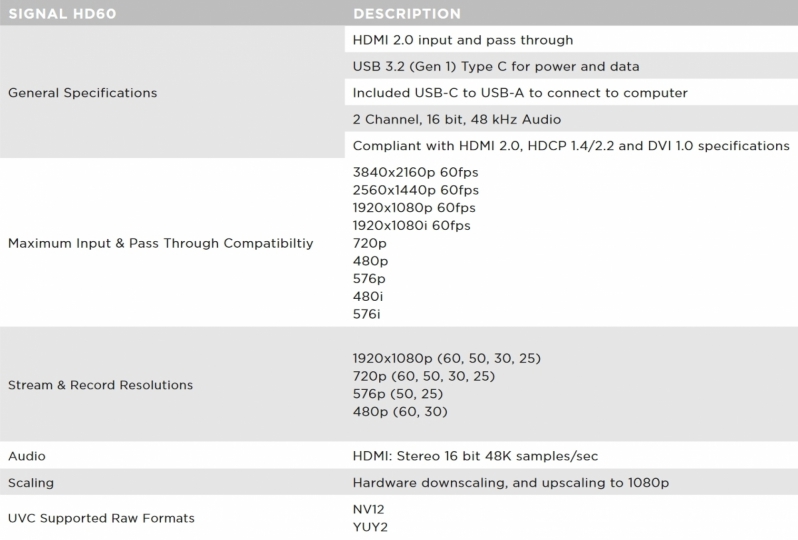