The packaging steps away from that which we usually see from MSI and goes back to their P550-era white aesthetic. With a new crisp font design the box certainly looks the part and grabs the attention with clear and clean lines lending a modern look that definitely makes you sit up and take notice. 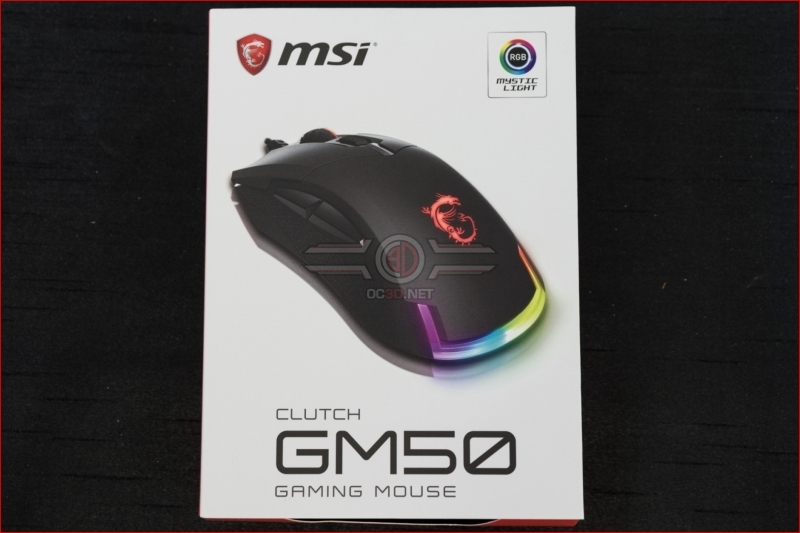 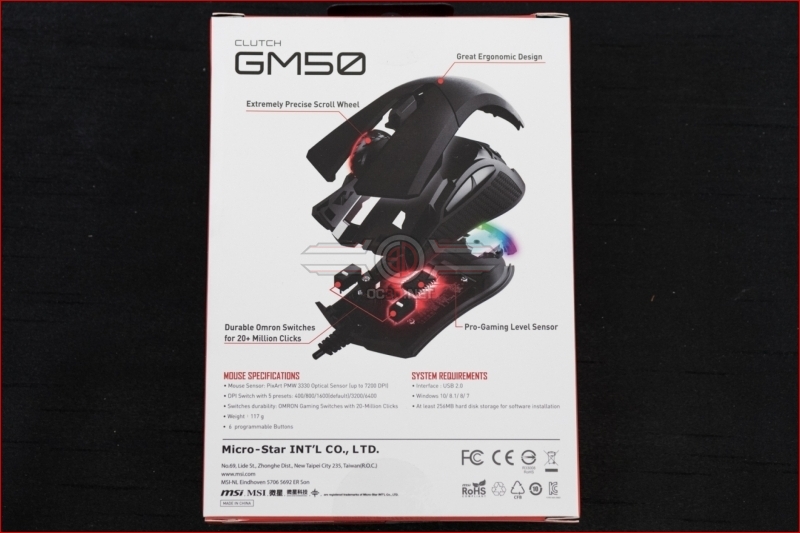 Inside the box we have the manual and mouse itself. No badges or stickers or extra bits and bobs. The design is very nice with wide left and right buttons and narrow hips making sure that there is the largest possible accessibility for all grip styles. The scroll wheel is very smooth with none of the heavy notching that makes scrolling through documents a chore, whilst having enough of a tactile bump that it's clear when you're switching weapons and the like that you've only gone one step. 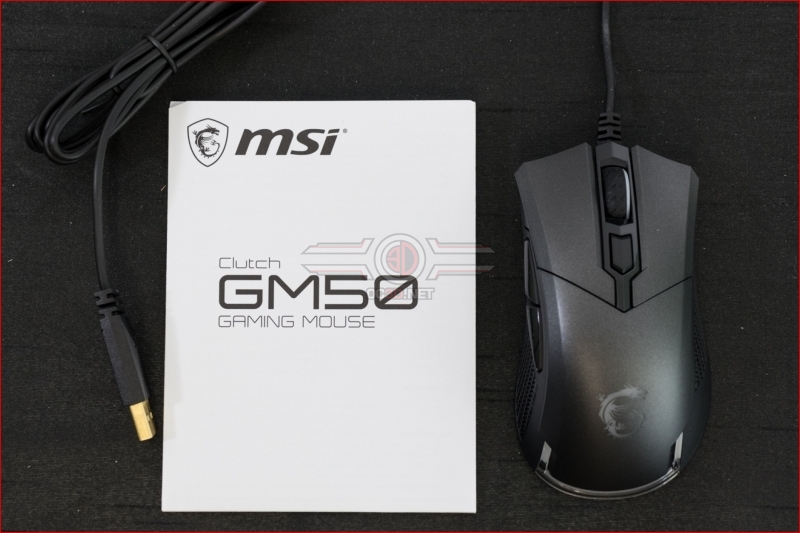 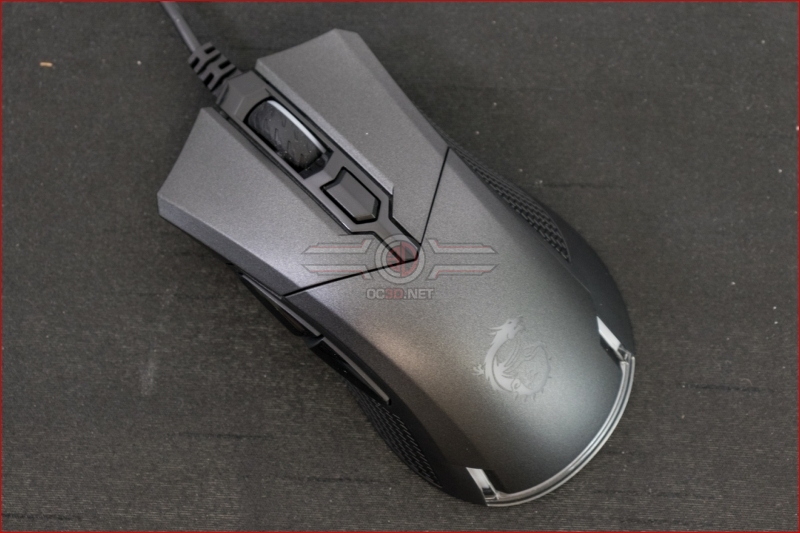 The underside gives us our look at the Clutch GM50's PixArt sensor, but it's also worth noting the huge low friction pads that MSI have employed. Whilst we want our keyboards to remain firmly in place, the precise opposite is true for our mice and the Clutch GM50 has no issues at all in this area, gliding smoothly at all times. 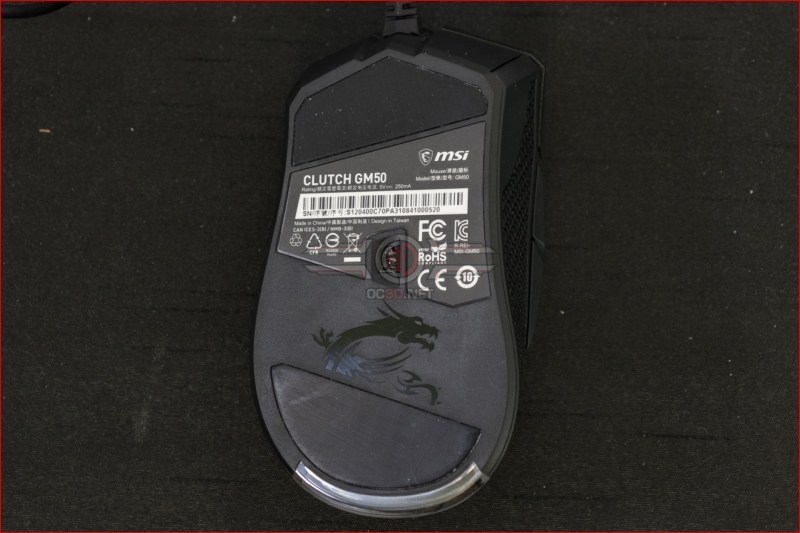 As a right handed rodent the Clutch GM50 has buttons only on the left hand side, although as you can see from the curve in the shots above if you're used to using a right handed mouse in your left hand then the curve isn't so dramatic nor the button placement so tucked away that you couldn't use it as a lefty. The "Dragon Scale" texturing to the side panels promises to give plenty of grip even if you're playing for the World Title during monsoon season, outdoors, and covers plenty of the side too allowing for both claw and palm styles to be utilised effectively. 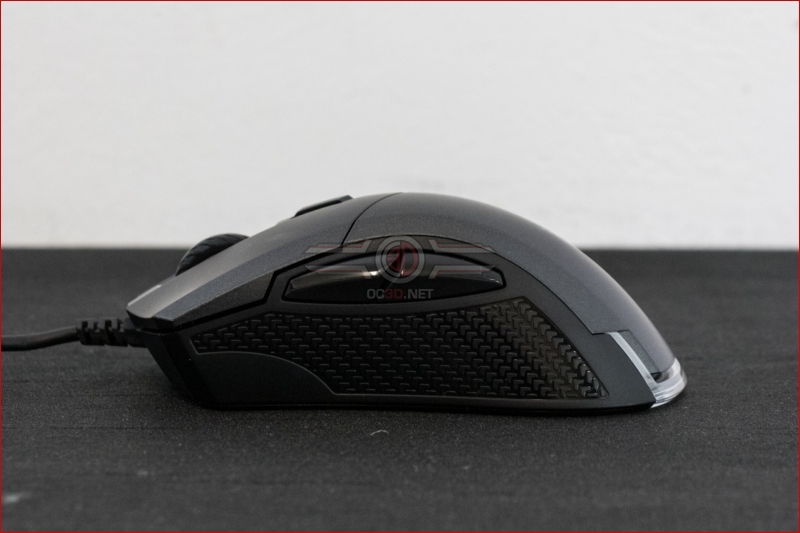 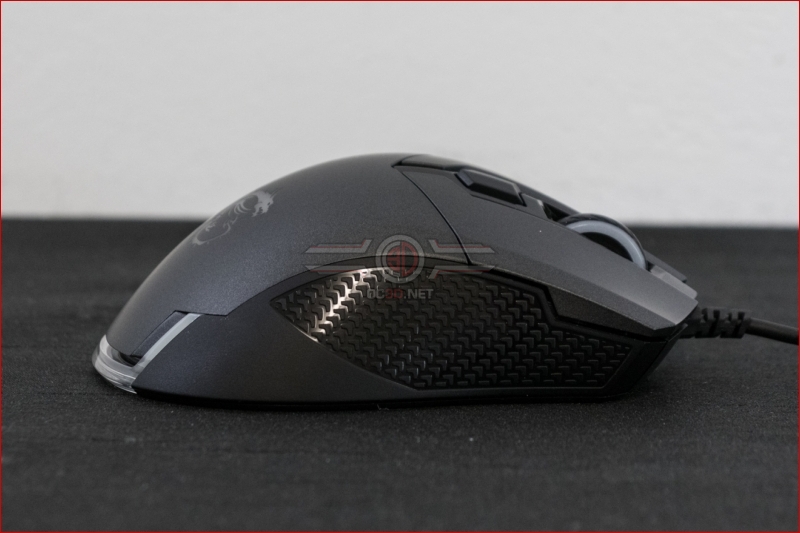 Lastly the cable eschews the braiding that was such a part of the gaming mouse formula for a long time, but is gradually being phased out of the mid-range. Unless you own a desk with edges like a razor blade there is almost no reason other than swank factor to go with braiding. 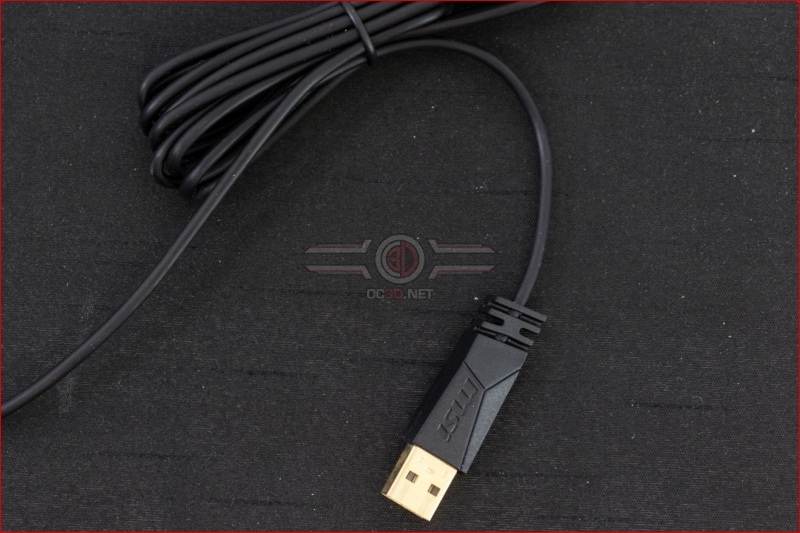