When we looked at the first of the new range of keyboards from the HyperX Gaming arm of Kingston we found it to be a good first effort that was somewhat let down in this crowded marketplace by a total lack of distinctive features.

To say that the market is awash with keyboards - mechanical or otherwise - is an understatement, and the market is so saturated that it takes something really special to stand out from the crowd. Whether it's an emphasis upon gaming macros, customisation or just the fancy RGB lighting that we've grown to love and expect, the days when you could just push a keyboard out the door with manufacturer branding and expect it to be top of the heap are far behind us.

Of course everything is relative. Whilst in the past you could get away with simple offerings it was largely because not all the keyboards were of usable quality. Nowadays the general quality has improved massively, but it does mean that simple offerings are now lost in the shuffle.

So with the Alloy FPS being a bit disappointing we were excited to have the Alloy Elite appear in the OC3D offices. After all, you can't call your product Elite without knowing it will meet expectations, thus we were eager to discover if the flaws of the FPS had been changed and the latest HyperX keyboard brought its A-game to the party.

Certain pieces of hardware have features which, whilst not copyrighted, are so identifiable that it's nearly impossible to see them without thinking of model x or y. In the case of the HyperX Alloy Elite the first thing we noticed was the dedicated media keys matched up to a scroll-wheel style volume wheel. Corsair K range anybody?

It's nice to see Kingston have added media keys to the Alloy range, which were sorely missing on the FPS, but you're paying an extra £20 for the benefit of not holding down the Fn key. 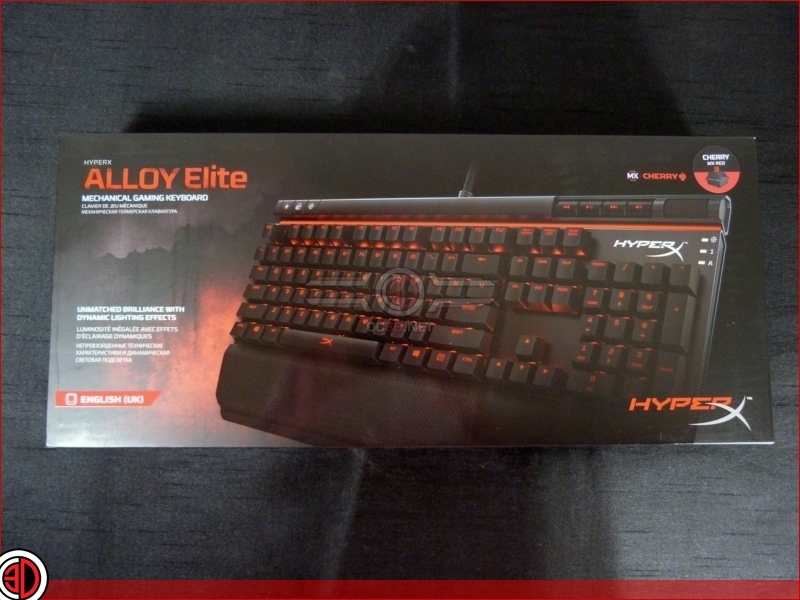 Within the box there are eight extra silver textured keycaps if you want to dedicate the WASD/1,2,3,4 keys more to gaming than typing. This is becoming a more common feature so it's good that Kingston have included it for those of you who like a sculpted key. We're not too convinced about the choice of silver as it rather clashes with the red lighting. However, as with all matters of aesthetics it's purely personal taste. There is some confusion about whether the Alloy Elite should come with a carry case or not. The box doesn't mention it nor was there one in the box we were shipped. Perhaps it's been added to retail samples, but we can only review what we have. 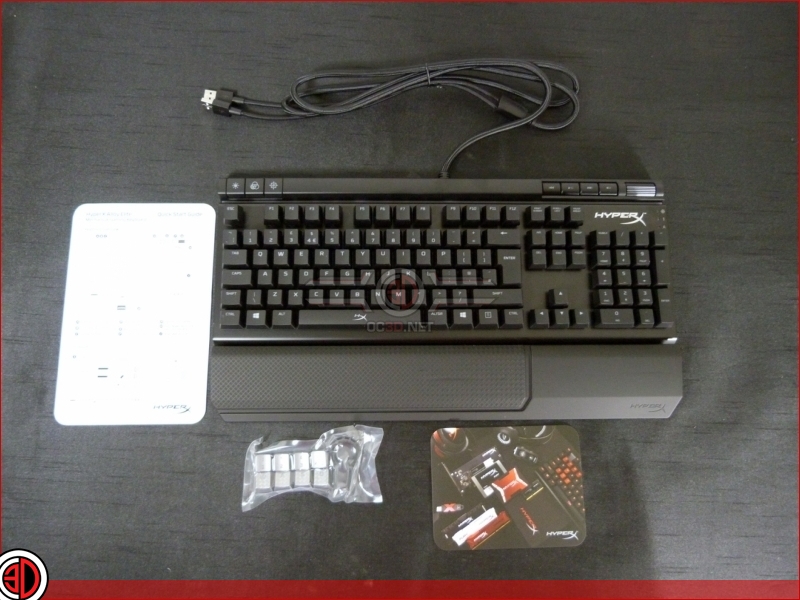 At the top left there are keys for lighting brightness and lighting effect. The Alloy Elite supports all the usual lighting suspects from full keys to scrolling "Cylon/KITT" bars, to just FPS WASD keys. Next to that is the gaming key which disables the Windows key so that you aren't stuck with the desktop appearing because of a careless key stab during a particularly intense battle.

The other corner has the aforementioned media keys and volume wheel. It's always nice to have dedicated media keys, even if the use of a scroll wheel for the volume reminds us of a competitors product. 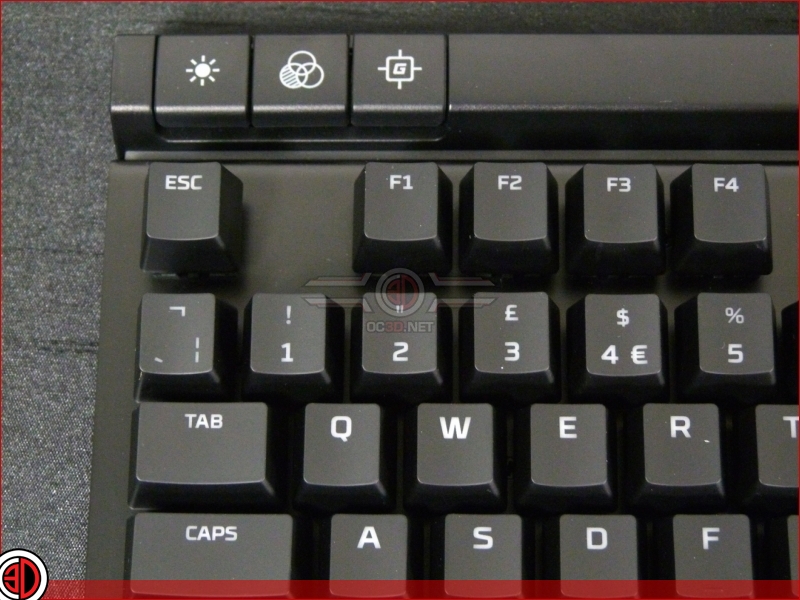 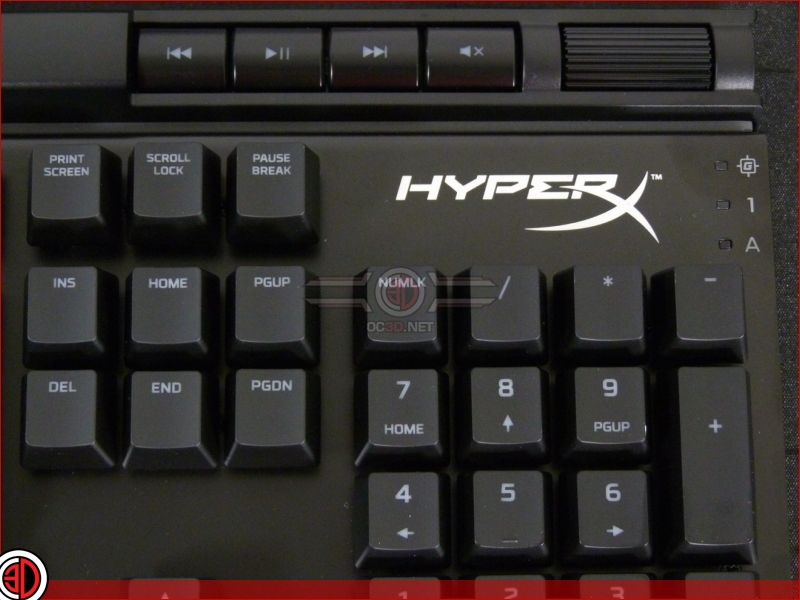 There is a single USB 2.0 pass through around the back which you can use for all manner of things, such as a USB stick with your settings, a headset, even your mouse if you're at a gaming convention. It saves you having to scramble around the back of the tower, and is always helpful.

As you can see the slight angular nature of the keys where the home row is slightly neutral and the bottom and top keys angle towards it very subtly. It gives a very comfortable typing experience particularly when the steel spine of the Alloy Elite ensures there is no flex and wobble. 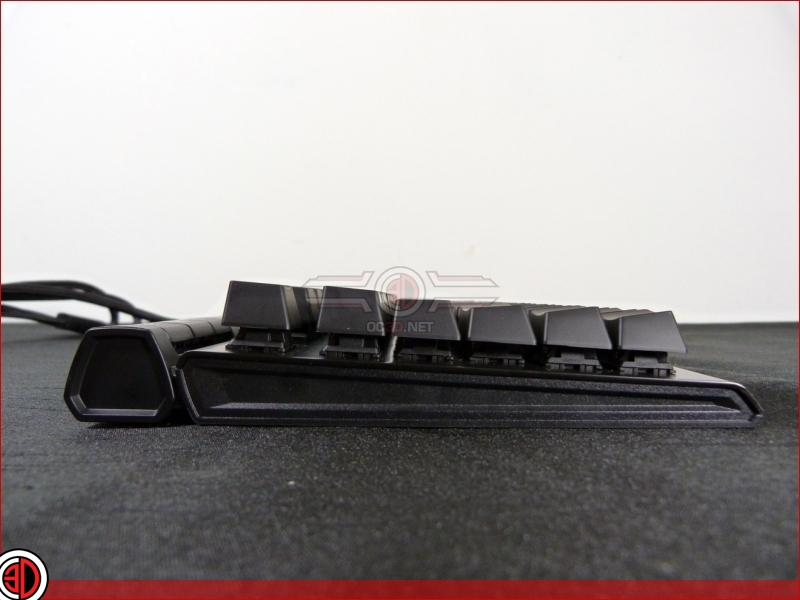 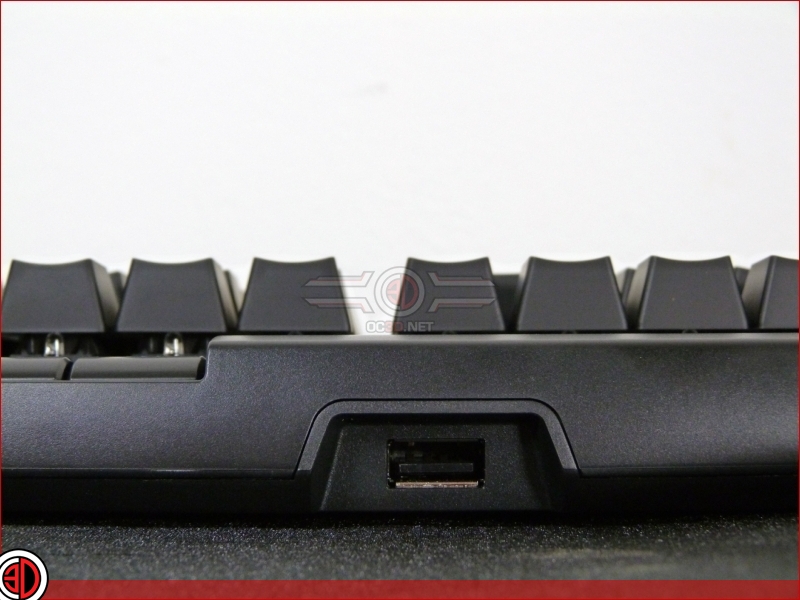 Our particular review sample was equipped with the Cherry MX Red switches, our personal favourite of the models available. It gives a smooth linear response, doesn't require too much actuation pressure, and just is the nicest typing experience. In our personal opinion. Kudos indeed to Kingston for avoiding the temptation to include the Blue switches which do little but annoy your teammates. 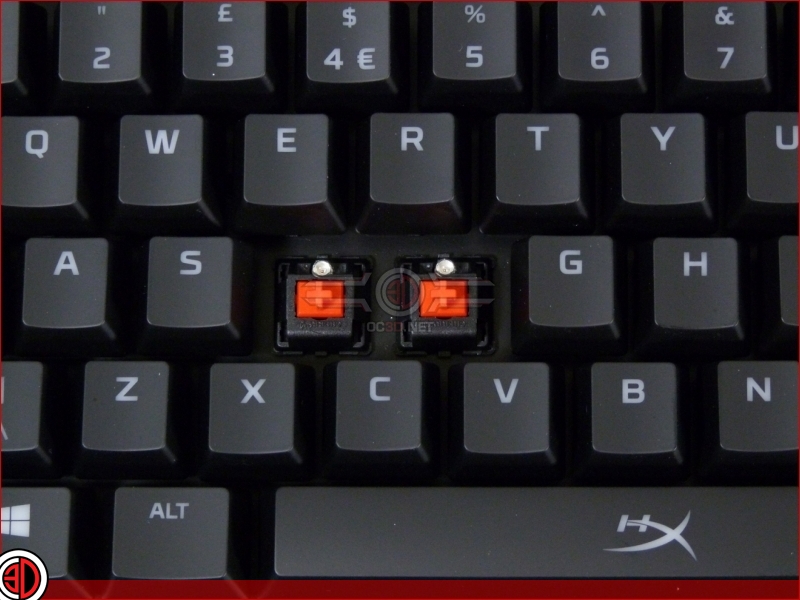