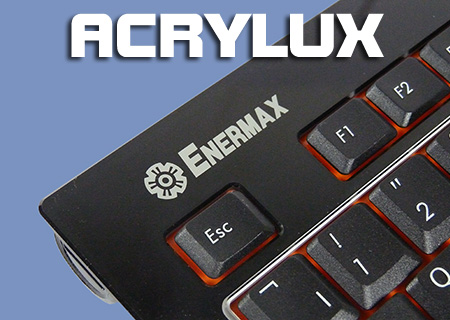 We've seen a whole array of keyboards come across our desks. Most of the ones that we see are of the old-school style that have a beautiful tactile feel when pressing the key.

However we know that many people, ourselves included, have spent so much time typing on either laptops, or laptop style keyboards that the flatter, quieter, scissor keyboards have an enormous following.

With this in mind we take a look today at the Acrylux keyboard from Enermax. A winner of a design award and in piano black it's guaranteed to be a looker, but how does it perform?

Whilst keyboards don't have the lengthy specifications that we normally see at this point in our reviews, nonetheless it's nice to see the Acrylux ﻿﻿﻿﻿at least has some specs, which is more than many we see.

The box that the Acrylux comes in gives you a taster of what is to come by being sleek and minimalist. Enermax deservedly show the award that the keyboard received for design, and as we'll see on the next page it was one well deserved. 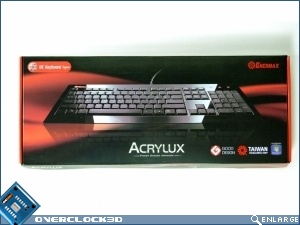 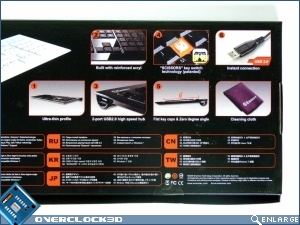 So what's in the box? Read on.

SieB
This is one of the few keyboards I would part from my beloved 3 year old £2.50 HP one for that I got from a charity shop and went back to using even though I had a Steelseries Shift.Quote

THD
Thanks for the review, nice KB.

I'v been using this KB for over a year now and use it at home and at the office and it stays nice, just wipe it once a week and it looks like new.Quote