Given that statisticians consider there to be somewhere between 10 and 20% of the population who are left-handed, it never ceases to surprise us how many of the modern mice released are fit mainly for right-handed users. One of the first gaming focussed mice dispensed with the symmetrical look and we think that has somehow "stuck" and everyone tends to make them that way since.

There are, however, a few ambidextrous mice on the market and a lot of these are excellent. Perhaps when you're only doing a single model for left-handed users there is a need to make sure it's good, rather than taking a risk as you might with a right focussed model. But don't stop and think that, as a right handed user, there are no benefits to these ambidextrous offerings. The addition of the buttons on the right hand side doubles the realistic number you can customise, opening up a world of possibility.

Corsair have been pumping out high quality mice since they first moved into the peripheral sector, and today sees the launch of the M55 Pro RGB, a mouse which is perfectly suited to the southpaws but has plenty to offer the majority of users too. Let's run through the specs and then take a closer look. 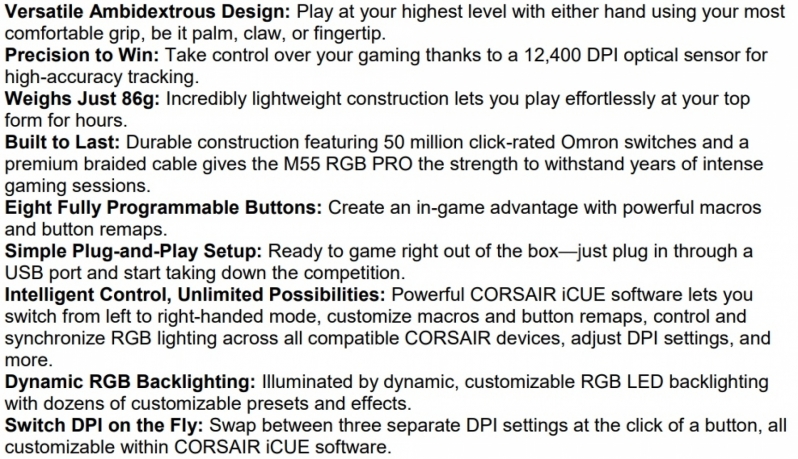