Bloat. It's something that seems to have crept into an awful lot of products in recent years.

Whether it's cars and their eternal quest to pack increasing amounts of heavy technology on, or PC hardware seeking to expand their feature set at the expense of compact and svelte design, or even just the amount of unwanted twaddle that gets pre-installed on your phone, everything these days seems to be affected by bloat.

Perhaps the pressure from management that 'bigger is better so biggest must be best' affects the bravery of the design team, or maybe everyone at art school is influenced by current thinking rather than the minimalist ethos of before, but whatever the reason things seem to be an awful lot bigger than they once were.

This is also true of keyboards. When they just used to have enough keys to get you through, they were a fair size but not unreasonable. In the war of escalating one-upmanship the introduction of dedicated keys for this feature and that feature, as well as keys which do nothing unless the user assigns things to them, so our desk space has been increasingly taken over by input devices with ever larger footprints.

Seeking to redress the balance the latest keyboard from Cooler Master, the SK650, is as little keyboard as it's possible to get away with yet without any obvious reduction in feature set. If you're especially tight for desk space there is even a tenkeyless design - the SK630 - available, and if that is too big a fully compact SK621 is also part of the range which not only is a tenkeyless design but has zero space between any of the keys for a 40% reduction in footprint.

But we love a full key set here at OC3D, for all our extended ASCII needs, and the SK650 is compact enough that it's still significantly smaller than a lot of keyboards which come through our testing facility. Let's take a closer look. 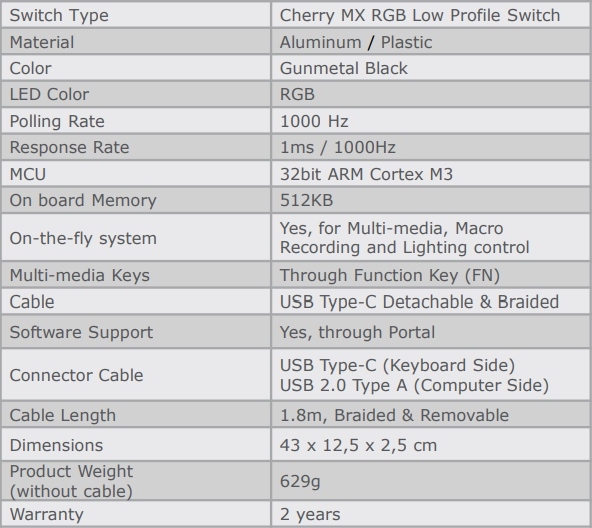