The TUF box will be familiar to anyone who remembers the original ASUS TUF keyboard. One thing we really like, and wish other companies would adopt, is the ability to test the keys out before you buy. We know that most mechanical keyboards have Cherry MX switches and so if you're experienced you'll know what you're getting in advance, but when there is a new switch like those on the K7 it's nice to test it out and see how it feels. 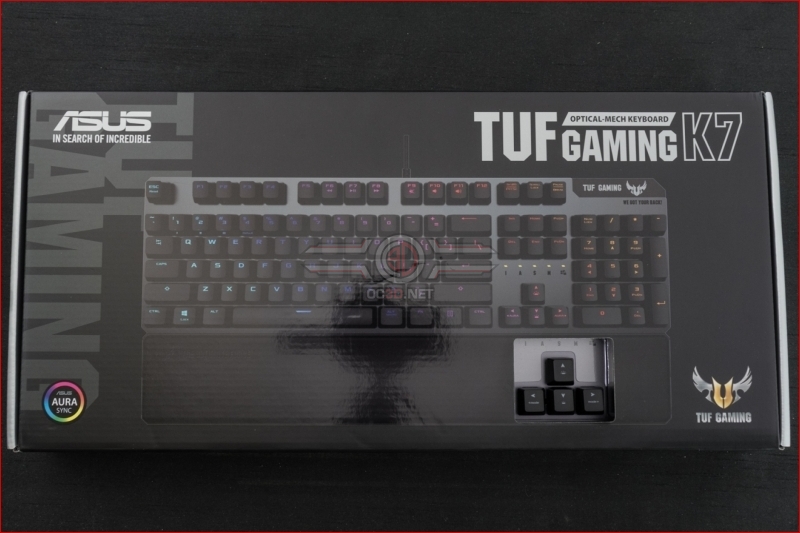 One area a lot of manufacturers fall down on is wrist support. Either keyboards come with none at all - a recipe for RSI pain in later life - or the supplied rest is minimal at best, usually hard plastic. The K7 has a soft, foam core wrist rest that also has a little bit of design work on it. We like it a lot and kudos to ASUS for supplying one with the TUF. The keyboard itself is dominated by the aircraft grade aluminium fascia which should really make your RGB selection pop. 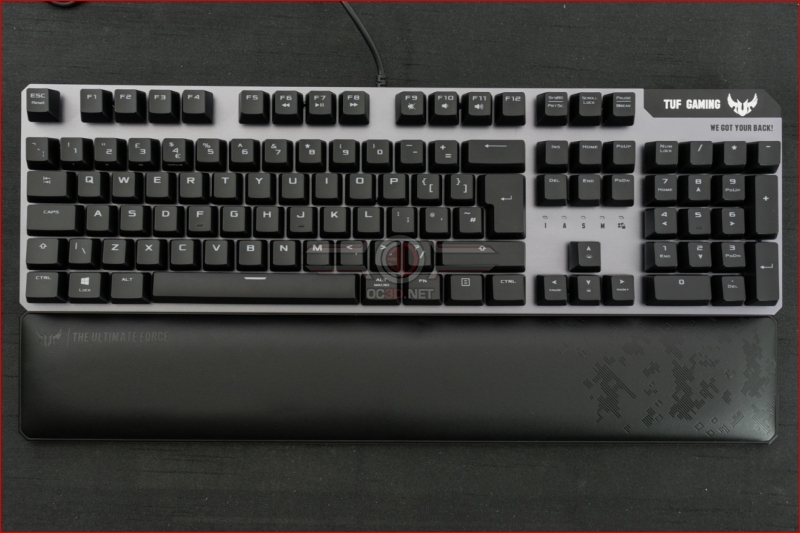 On the underside we find two large feet and plenty of rubber pads to keep the K7 in place during frantic gaming moments. At the front edge you can see the holes that allow for the IP56 level spill protection to drain the liquid out. We're sure you'd all rather have it in your lap than sitting on the PCB. 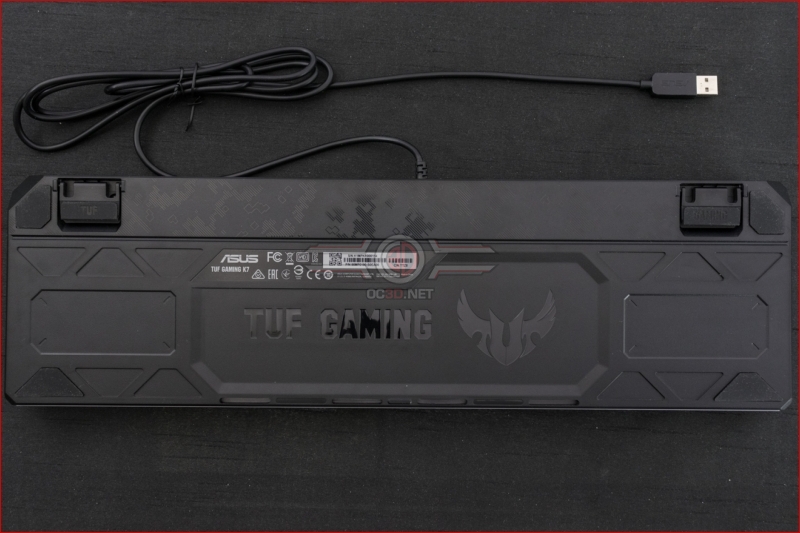 Beneath the key caps are the optical-mechanical switches that utilise an infrared beam to actuate the key at a far higher place on the vertical axis than mechanical keys alone. You can't use them as an analogue switch like we've seen on some optical offerings, but there is no doubting that the keys are extremely light to the touch. Our review sample was equipped with the audible feedback type and they are as loud as any we've experienced. If you ever feel that the Cherry MX Blue switches just aren't audible enough then this is the keyboard for you. 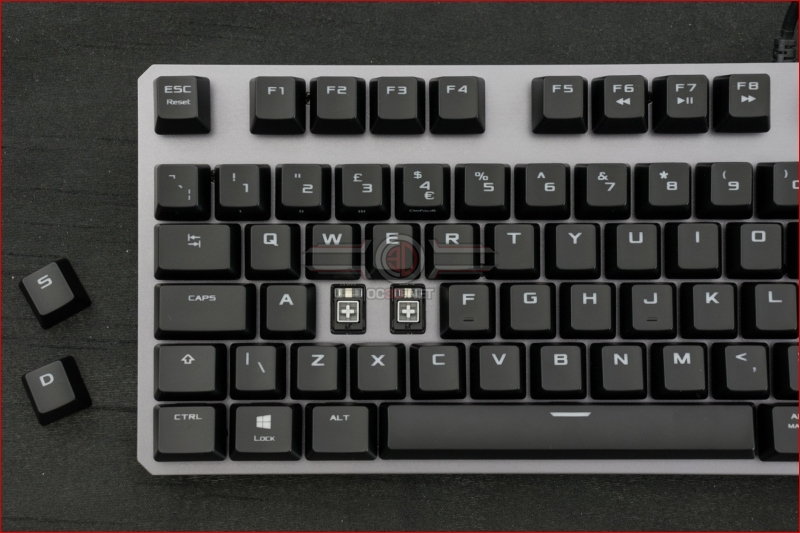 Across the function keys we find the Fn+ media controls, whilst the arrow cluster enables you to control the lighting on board, rather than having to keep delving into the Armoury II software. 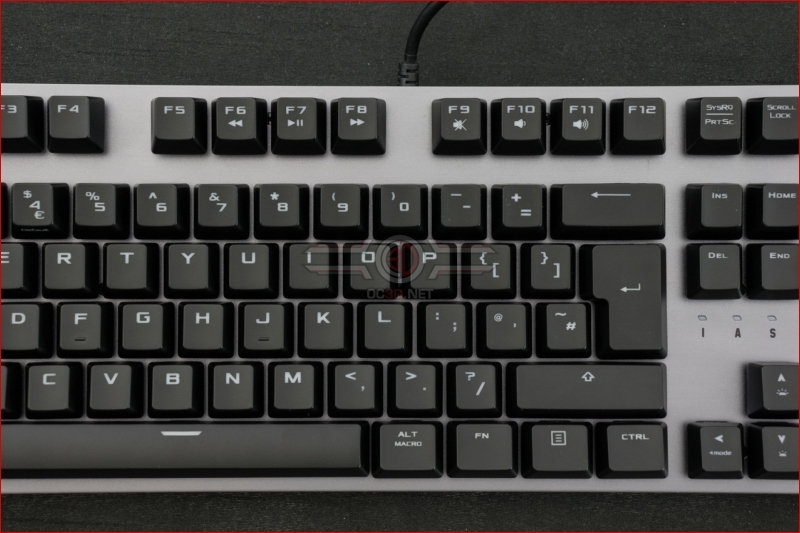 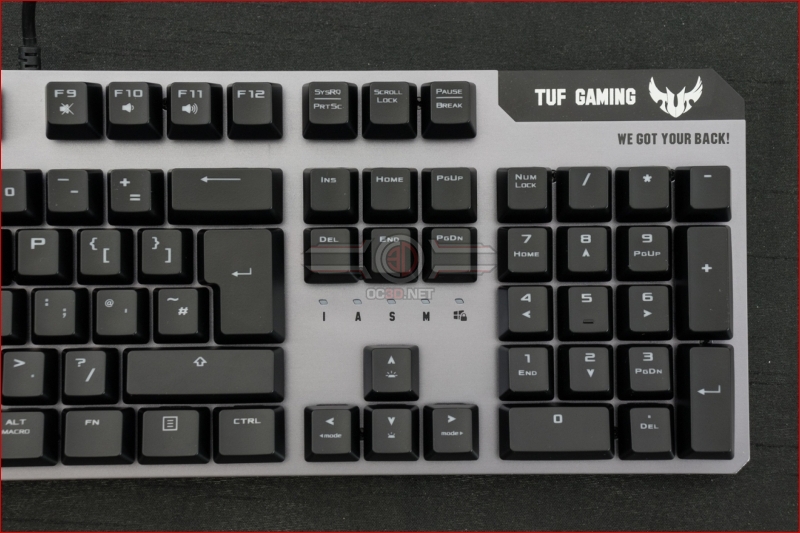 Lastly the TUF K7 has some of the sturdiest feet we've experienced and they also place the keyboard at a good ergonomic angle allowing for marathon typing/gaming sessions without your fingers crying for a rest. The inclusion of the TUF and GAMING branding on the outer edge of the feet is a nice touch. Not deal making, but indicative of the attention to detail in the design. 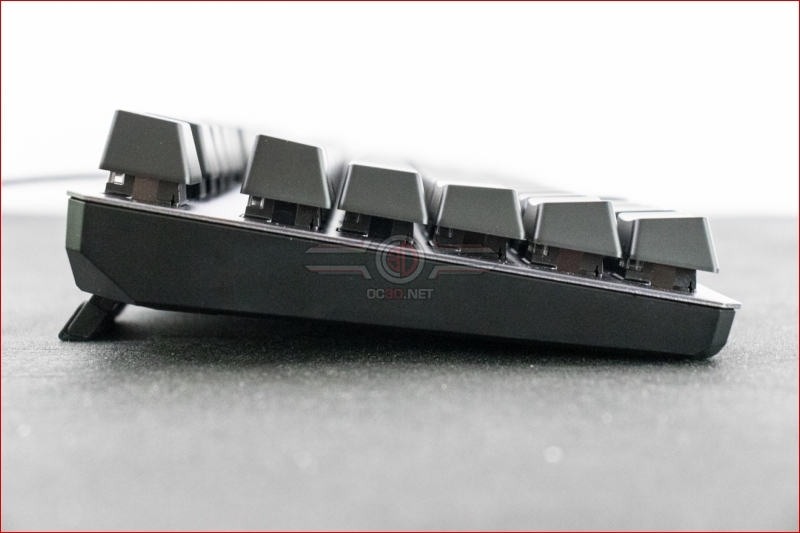 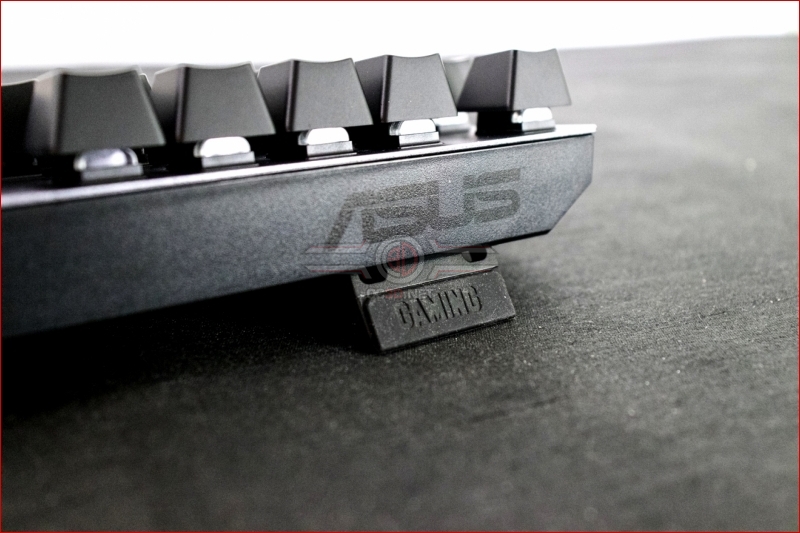