The box for the Strix Pro headset demonstrates the Owl that forms the basis for the ASUS Strix range. It also looks a bit like Batman. In fact we were tempted to Photoshop out the surrounding test, but we think DC Comics lawyers would have been onto us. Largely because they too have a character called Strix and the similarity cannot be denied.

Once out of the packet the Strix Pro is definitely chunky. We've thought long and hard about precisely which description best suits them, and chunky is easily the most accurate. 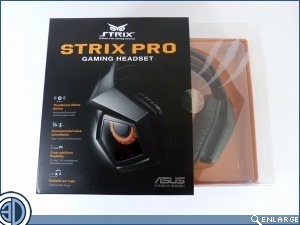 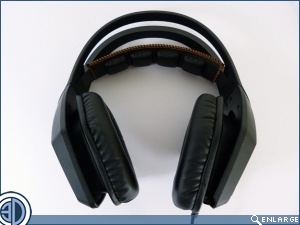 The picture on the left is just ripe for placing up to your eyes and pretending you're an owl. More importantly it emphasises how flexible the hinges on the Strix Pro are when it comes to rotative capability. The orange of the 60mm speakers is echoed in the fabric covering on the inside. Harmonious. 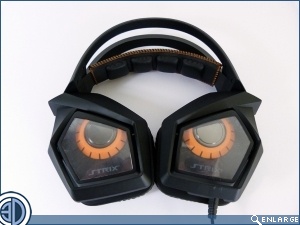 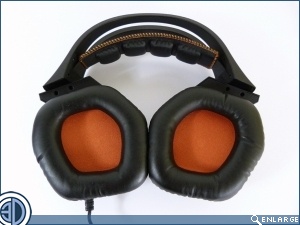 The connecting cable is placed far at the rear of the left earpiece. In front of that is the input for the microphone which follows the pattern we saw in the ROG Vulcan of being removable if you wish.

The headband is both flexible and comfortable, supporting the weight of the Strix Pro easily. There is also some nice contrasting stitching to keep the black and orange theme running, and it's very good quality. 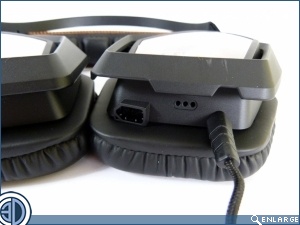 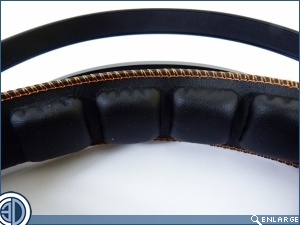 As you can see from the profile shot the Strix Pro definitely focusses more upon the looks than worrying about following the standard designs. It's all stark angles, deep bevels and rigidity. They're some of the biggest headphones we've ever tested. 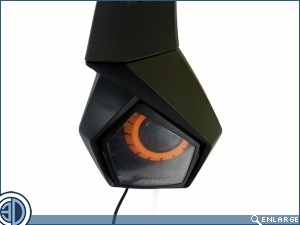 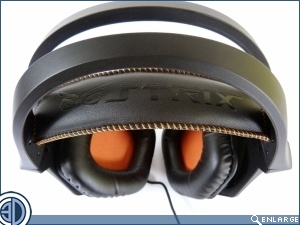 SieB
I like the look of that keyboard, not a fan of the design of the Strix headset though.Quote

faaaaq
Agree with Kyiagi. The headset is the only one I like. I had high hopes for the mouse, but nope. Yuck. Looks like it was made by HP.Quote

Mizdimma
This design is nice. Is the owl, or at least the wings going to be incorperated into the parts, for instance the owl painted on the mouse, or on the ear piece of the headphones? I know, kinda a dumb question but the design would be awesome if incorperated that way.Quote

Mizdimma
Nevermind my question I didn't see the next page before I asked. Just found it. The headset looks awesome. Like the owl eyes.Quote
Reply