The ASUS Strix Scope is the latest in a long line of keyboards from ASUS that fall under their Republic of Gamers brand.

The main new feature is something which largely benefits American users rather than those of us used to a UK layout, as they have increased the size of the CTRL key to be the same as the Shift key on US layouts. Here in the UK our CTRL key has always been larger whilst the Shift key is compact due to the placement of the backslash key.

All of which means that the Strix Scope has an awful lot to offer American audiences, but the benefits over and above any similar specification keyboard are harder to spot for those of us for whom this layout is very much the norm.

However, just because we don't get to indulge ourselves in identically sized Left Shift and CTRL keys, or the newly shrunk - but identically sized for us - Windows key, doesn't mean that the Strix Scope is lacking in nice touches. With a full suite of Cherry MX Red switches, customisable RGB lighting and robust build quality there is much to pique your interest.

You can see from the box shot what the main feature of a US layout Strix Scope brings to the party with the CTRL and Left Shift keys both being of the same length. It's unfortunate that this element hasn't found its way onto the UK layout, but given the redesign that enabling that would incur we understand the business sense of not doing so. 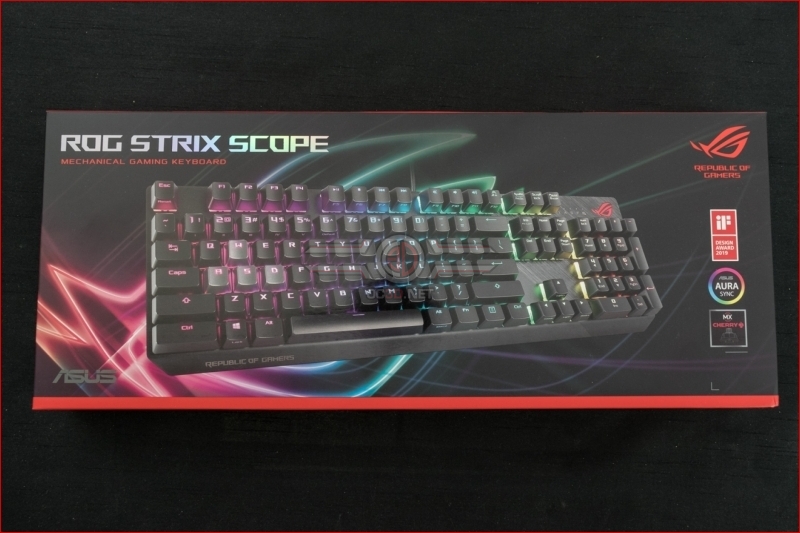 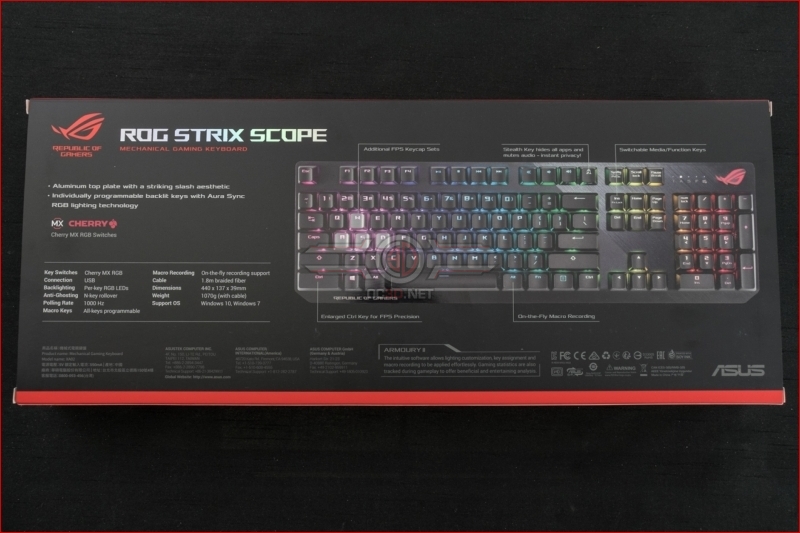 If you love the idea of having the WASD keys stand out from the crowd then the included silver key caps will be right up your alley. Thankfully ASUS have resisted the urge to sculpt them too heavily or make them feel any different beneath your fingertips, so you could leave them in situ all the time and just have to handle the slight scalloping when typing normally. 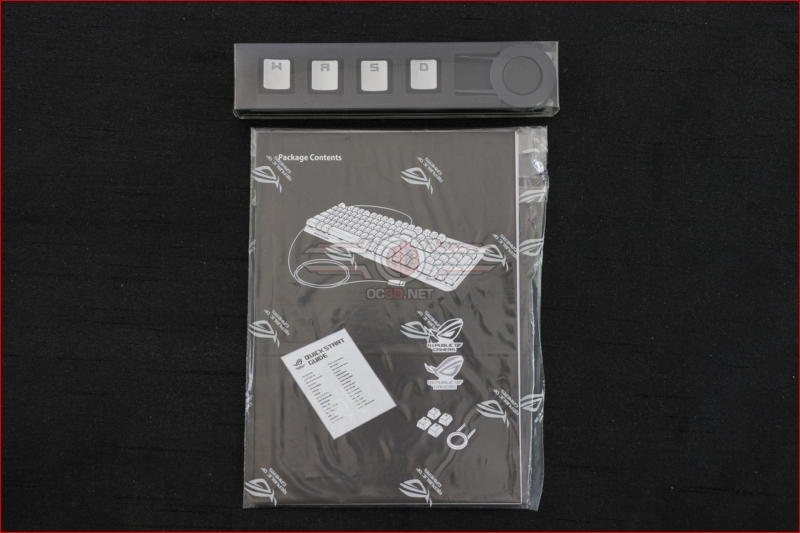