There is no denying that each generation of motherboard comes with its own design philosophy. More than even graphics cards, you can almost tell at a glance which chipset a motherboard has just by the design of the heatsink or the placement of the RGB lighting. Few recent launches have seen that be so starkly demonstrated than the ASUS ROG Maximus Z690 motherboards. Whether in Hero or Formula guise, they have gone hard on the idea of a LED board, that reminds us of Lite Brite (if you're very old) or any of the thousands of Indie Pixel Art games on Steam.

Until now it's been very difficult to have a consistent theme across your whole system. Sure, you can have products with the same branding, and maybe ones that work under the same software package, but rarely have you been able to have the external peripherals match so closely the internal hardware of your system. Until now.

Enter the ASUS ROG Strix Flare II Animate. One of two new Strix keyboards launched, and by far the most interesting. The top right of the picture you can see above these words give it all away, so without further ado let's get down to business.

If it is possible to have it as a feature on a modern mechanical keyboard, the Strix Flare II Animate has got you covered. Swappable switches, full RGB options, wrist rest, NKEY rollover, macros, profiles and that LED Matrix in the top right. No messing, no fuss. 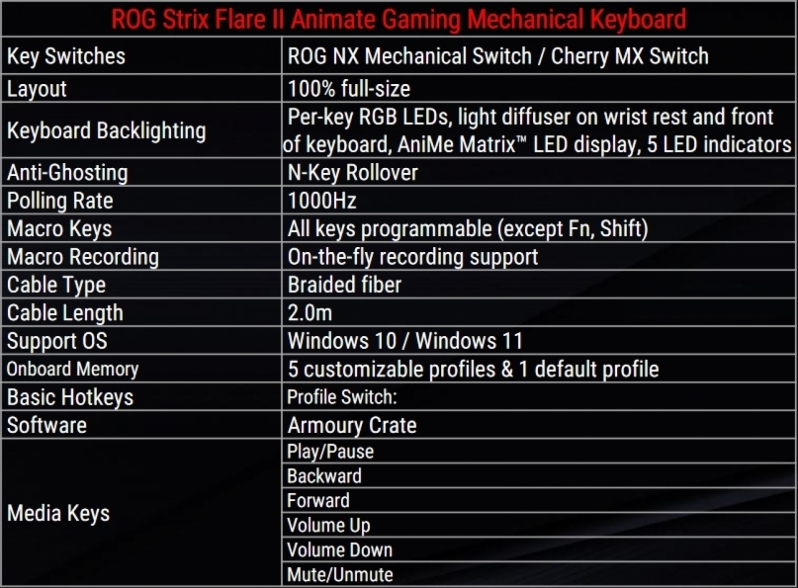 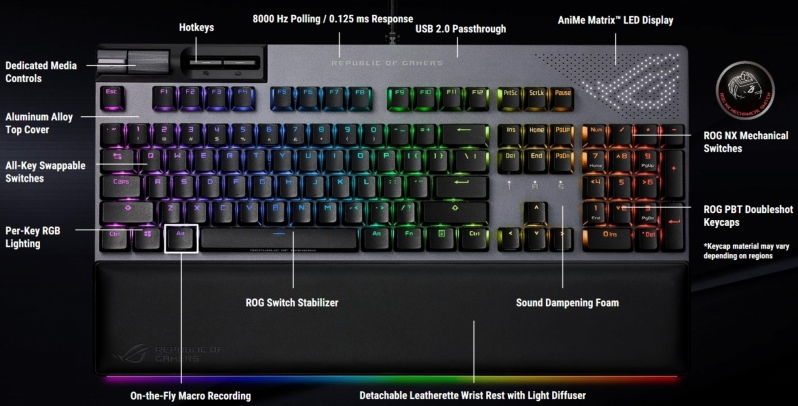