It must be quite difficult to keep coming up with new names for peripherals. Sometimes their key feature enables you to pick something suitable, but often it is a case of spending some time with an encyclopedia and coming up with a moniker worthy of the product. For the Pugio ASUS have taken a leaf from the Roman Empire and the assassination of Caesar to name their latest mouse after the small daggers kept about the person of high ranking Romans and used by Brutus and his fellow conspirators to paint the alleyway red.

It's not uncommon for mice to be considered a weapon though. We look at HOTAS and gamepads very much as controllers, but mice are so often in control of the weapon we're using in game that we often think of it as our gun or bow or knife. Whether we thus consider the keyboard as our body is a debate for another day.

The Pugio is very light at a mere 103g and the full ambidextrous design means that you have plenty of buttons to play with. Under the hood a 7200 DPI sensor should be more than enough for mortal gamers. The Pugio also supports ASUS swappable microswitches, and the package for the Pugio includes some spares should you wish to take advantage. But that's getting slightly ahead of ourselves so let's take a look at it shall we. 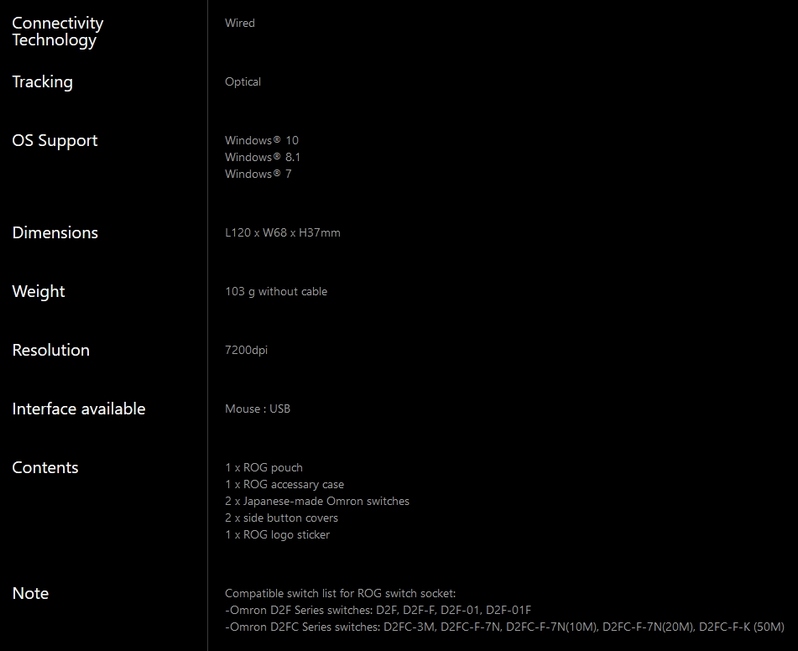 AlienALX
Any mouse that comes with spare switches should be lauded tbh. Awesome