Myth and legends are a rich source of naming conventions. Human history has been mined for every cool sounding name there is. The Strix range is named, via Latin and Greek, for an Owl genus, whilst the Pugio was a Roman dagger, named from the same root as Fist, from which we get Pugilist, another name for a Boxer. It's a definite weapon-based nomenclature, which is appropriate given how our mice are the way in which we destroy our enemies and hear the lamentations of their women.

The original Pugio was a very angular mouse that we reviewed the summer of 2017. With two and a half years have passed since then the needs of a high-end gaming mouse haven't changed all that much, but the specifications we expect to find on our premium rodents has undoubtedly shot up. The Pugio II meets pretty much all of them, with plenty of RGB options, buttons for both right and left-handed users, as well as a sensor that is up there with the best on the market. Add to that wireless connectivity and some customisable features, and there is a lot to like.

Of course, mice aren't used on paper, so let's take a closer look at it before we discover how it works in our favourite titles.

If you have read our review of the Strix Impact II, you'll know how disappointed we were with how little it had changed from the original. The Pugio II, on the other hand, has changed so much we would have forgiven ASUS if they'd have called it something else entirely. It's longer, thinner, lighter, has more than double the DPI and has Bluetooth and Wireless. 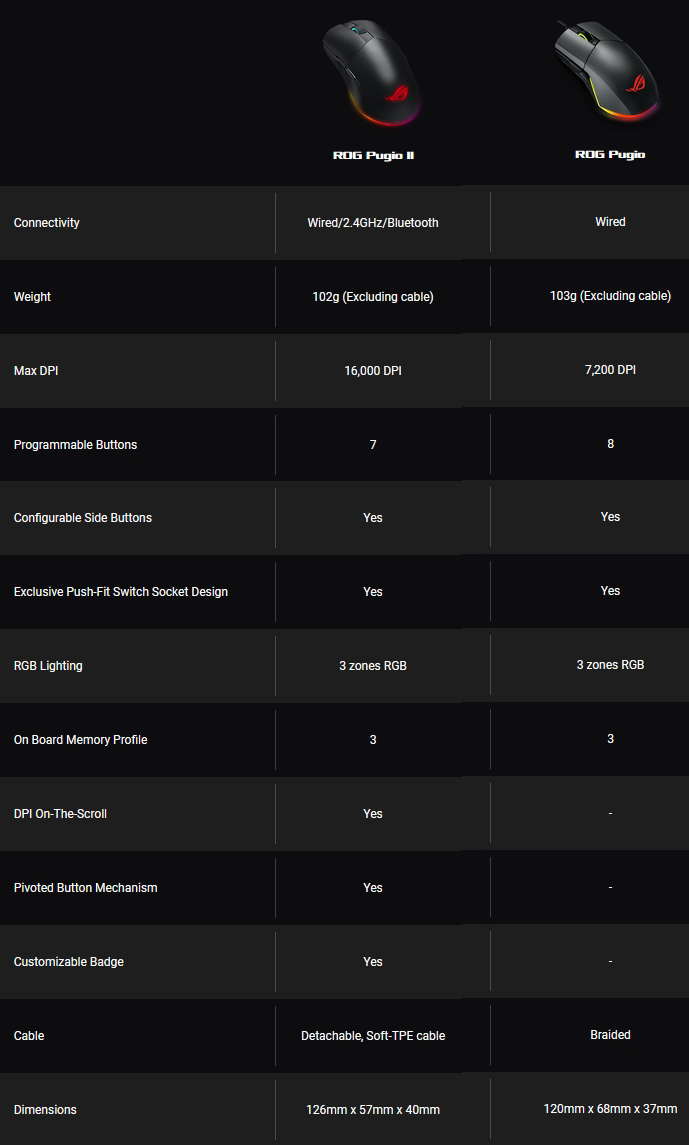