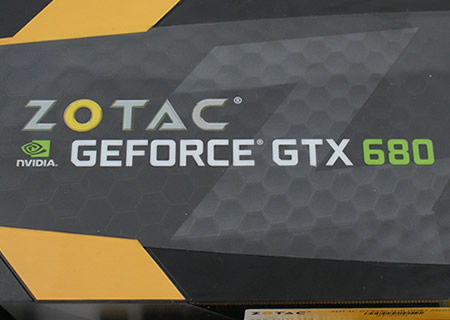 So what have we learnt today? Quite a bit we reckon.

First up is the insane amounts of performance available from the very top-end cards. Both the HD7970 and the GTX680 are CPU limited in the majority of scenarios, even with a 4.6GHz i7-3960X powering them. So powerful are they that a lot of titles just cannot stress them enough to make the extra card worthwhile.

Even more than that, if you really want to make the best out of your new setup, then you need to be very selective in your choice of game. Generally speaking, and we're not playing the 'PC Gamer Master Race' card but it's true, if you want to test your cards to the fullest of their potential then you need to choose a game which is designed as a PC game from the ground up, rather than one that's been retro-fitted from Console roots. Crysis 2 took a couple of patches to get the level of detail we demand, and even then it's clear it has a 100FPS cap on it, despite having vsync off. Equally Battlefield 3 and Batman Arkham City are as reliable as a British Leyland car. But step away from those titles to the ones that have PC roots, Far Cry 2, Mafia 2, The Witcher 2, and you find a bevy of games capable of either stressing your system to the ultimate, or at least giving you exceptional performance boosts for your second card.

As for the Zotac itself, it's still at its heart a reference card and so the main reason you'd choose it over any other would be the bundle that you get with it and or the after-sales support. The bundle is excellent with a lot of great titles, a taster of another, and the usual high quality Zotac manual. The after-sales support is, and we speak from personal experience, fantastic. If the worst does happen they have a no-fuss, quick turnaround to get you up and running as fast as you could realistically hope. Plus you get a card that stands out a bit thanks to the use of yellow rather than the ubiquitous fire-engine red.

Now we already know that the GTX680 is gold-worthy, and the quality of the Zotac name and bundle mean that this is just as true with today's card and it will be awarded our highest honour. Stepping away from that for a moment and going back to the SLI scaling, we have to say that we're eagerly awaiting some updated drivers from nVidia. Anyone who has a multi-GPU setup knows that every few months nVidia release an update that boosts SLI performance by a huge amount. So right now it's neck and neck between a GTX680 SLI and HD7970 Crossfire and no matter which you choose you'll be happy. Past experience tells us that in six months the situation could lean heavily towards the nVidia models. Of course we don't take potential in to account in our reviews, but it's worth noting.

So if you've got money to burn and desire only a handful of games, then SLI has all you could require.

If you're just wondering which of the many reference-design brands of GTX680 to choose, the bundle and customer service from Zotac should put this firmly to the top of your list, which is why it unquestionably gets our OC3D Gold Award.

(scores are solely based upon a single Zotac GTX680)

Thanks to Zotac for supplying the GTX680 for review. Discuss in our forums.

Excalabur50
Nice review as always and it's still nice to see the brands evenly matched It's been awhile and as you have said many times in your reviews it don't matter which camp you want they are both as good as each other if you want Nvidia go that way if you want AMD go that way it great to see.Quote

SieB
Some decent performance, I love how cool these 680s run as well, the fan doesn't even spin up much so they are also quiet. The scaling is bound to improve with new drivers as well, hopefully to around 80%+.

Now, where can I steal a pair of these cards form

Rastalovich
I don't understand the CPU limited quote, and I'll be glad when those oc-bench-score-being-slower-than-the-stock-card disappear off the comparison charts. Both the bios numbers the same on these ? (should be easy to see on the stickers)Quote

yassarikhan786
Really nice review as always Tom. Not too impressed with the temps tbh. 77 C on an open test bench seems too hot imo, but since the fans don't really spin up making the cards uber quiet, it's a reasonable compromise.Quote

dugdiamond
just imagine the fan power needed to cool these in a closed case ????Quote
Reply