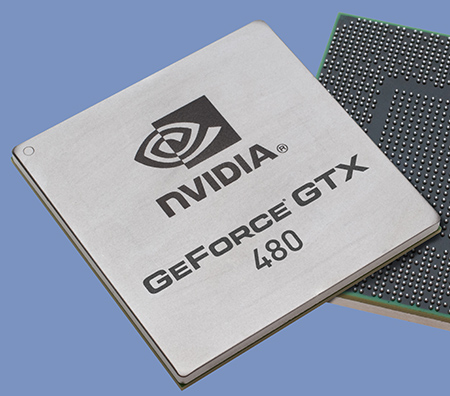 Has anything ever needed less of an introduction than the GTX480, the Fermi, the latest generation of cards from nVidia? For a long while nVidia held the crown as pretty much the only card anyone would choose. The 8800GTX was so outstanding that it was still munching through games long after nVidia had moved onto the GTX280.

The GTX280 was a very powerful card, but the move of nVidia to CUDA and PhysX integration also meant it was very pricey and this enabled ATI to beat them with a card that concentrated solely on being blindingly fast in games at an affordable price point.

Last year ATI released their 58xx series of graphics cards that not only provided full DirectX 11 functionality, but were insanely fast. Since then everyone has been waiting for the response from nVidia.

Just in case you've been living under a rock there is a hell of a lot of information to get through about the rather tortuous development path this has gone through. It's been delayed. It's had demos that weren't actually the card running. There have been genuine demos of the card that were rumoured to be water-cooled.

However, thanks to ZOTAC we've finally got our hands on one to test and can see not only which of the early reports are accurate, but also whether nVidias decision to concentrate firmly on the "extras" of CUDA, PhysX and such-like have made this a jack of all trades, or truly a gaming maestro.

Lets head over the page for our first look.

clone38
Aye its a bit of a let down by NV this time as i was really looking forward to the new cards.Quote

tinytomlogan
Quote:
I was aswell if Im honest, just have to hope they get it all sorted with the cash injection from the sales of these cards.Quote

Diablo
Quite dissapointing really. 5870 is really the one to go for, or 5970, which is faster in some and clocks very well. Perhaps Fermi could be better used as a grill?

I hope the next generation brings something better to the show, because these are too hot for what they give, and when a 5970 is only £50 more, they represent very poor value.Quote

lasher
Me wants one, watercooled ofc!

My 280ocx is dammed loud on air but having heard these I couldn't put up with the noise.Quote

ppuff
Judging by the color of the cooler it seems that NVIDIA can use it to light their own victory cigar.