Packaging & Appearance
The outer box arrives in an attractive burnt orange with honeycomb effect theme. I was initially surprised at how compact the box was but was also slightly disappointed as there is little to differentiate this box from a product costing £50, such is Zotac's method of packaging. Taking pride of place on the front of the box is a window showing a sneak preview of the product contained within, the GTX295. Flipping the box over, there is plenty to read about the card on your bus journey home from your local PC store, with all the features and an explanation this card is quad SLI compatible but sadly only contains one card, not a complete Quad SLI setup, not that one would fit in this box anyway. 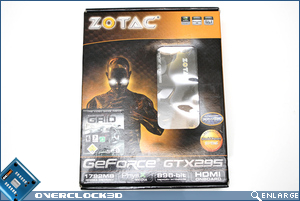 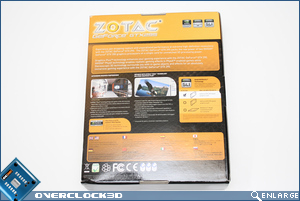 The side panels of the box go on to deliver the specifications, power requirements (680w - 12v/46A) and the key features of the card which are explained in the introduction. 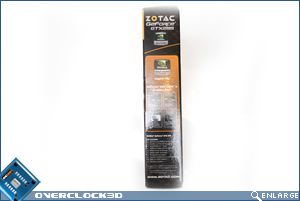 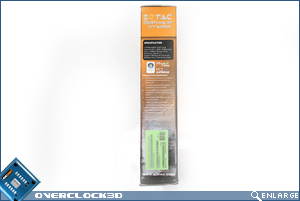 Opening the box up we see a very well packed product. A plastic top cover protects the card from the outside world and is lovingly surrounded by black Styrofoam, holding the card in place and ensuring no damage should come to the card during transit. Our sample arrived in perfect condition all the way from Hong Kong. If the card can make it all the way to the UK in perfect condition, it should also reach you without issue. 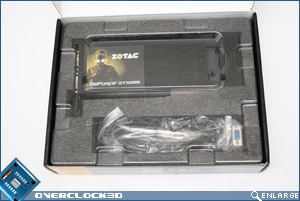 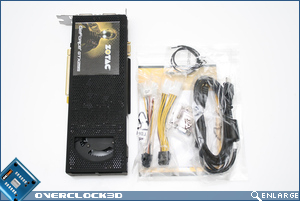 Stripping the product of its packaging we get to see the card and all the paraphernalia that is included with the Zotac GTX295: Dual Molex to 6-Pin, Dual Molex to 8-Pin, HDMI lead, a DVI-VGA adaptor and an S/PDIF Audio cable. 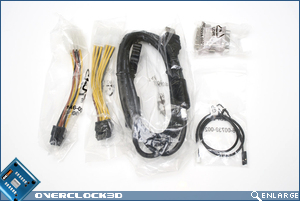 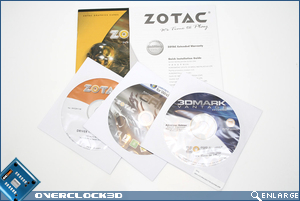 Completing the package is a free copy of the popular benchmark, 3DMark Vantage and Zotac have also kindly included a fantastic driving simulation in the form of Race Driver: GRID, both of which we will put to the test in our suite of benchmarks. 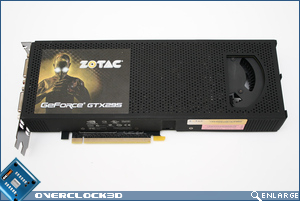 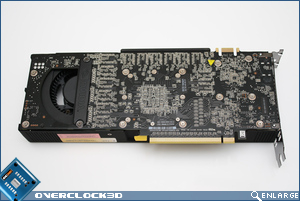 The card itself is based on the Nvidia reference design with the same rubberised Matt black finish on the coolers frame that we saw with the XFX version. The main difference obviously being Zotac stickers on the cooler in place of XFX ones. Flipping the card over, we again see that no backplate has been included with this version of the GTX295 to protect the solder points and capacitors. We won't be stripping this card down as we did with the XFX as there really is no point as both cards are exactly the same but if you are intrigued to see what makes the GTX295 tick, click HERE. 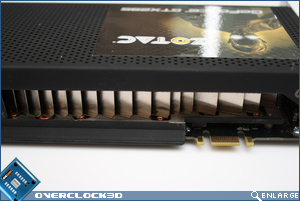 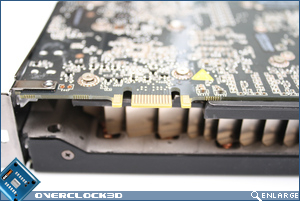 The heat sink works differently from previous generations of the 200 series by drawing in cold air from the outside of the card via the internal fan. This cold air is then passed over the heat sink cooling the GTX295's most vital components such as the GPU, memory and voltage regulators and then expelled to the sides and rear of the card via the I/O backplate. In testing we found that the GTX295 got hot but not excessively so and seemed to be pretty efficient in cooling the card down even under the most extreme load. 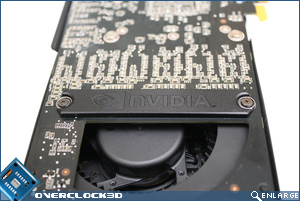 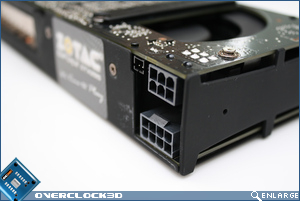 As the card is in effect a GPU sandwich, the fan has to work extra hard to cool it down but surprisingly the fan was not that loud on test, certainly not as loud as the ATI 4870x2 at least not when under load. At idle however, the tables were turned in that the GTX295 was audible over the CPU fan whereas the 4870x2 was not. 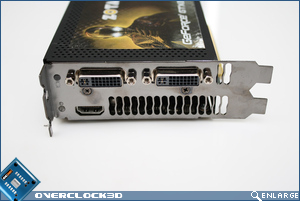 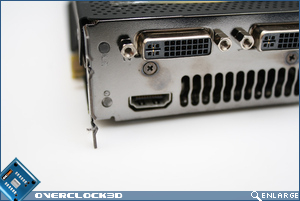 Finally we reach the business end of the card. With the now standard dual DVI ports, at first glance there does not appear to be anything startling about the I/O backplate. That is until you notice that Zotac have included an HDMI port which has replaced the now ageing S-Video connector. Zotac have also included a HDMI lead which trumps XFX who forgot this important factor and instead included an S-Video cable! Those keen eyed out there will also notice that the GTX295 has two LEDs next to the backplate which signify both Power (Green for good, red for bad) and selected monitor port (Blue).

I'm kinda confused as to why/if the 4870x2 lacks at high resolutions or cos of the quality/AA settings ? Any1 know ?

I was lead to believe the 4870x2 was a champion at very high resolutions, so maybe it is the quality settings ?

w3bbo
The 4870x2 was the champ at high res + AA. Not anymore as it appears the 295 handles high res better.Quote

Rastalovich
I'm with u now.

Gonna get much push on that 576mhz with same/different cooling ? 576 seems to me it'd hit 600 without squealing too much. Temps worry me tho. Although a very nice idle power.

zak4994
The XFX model is £20 cheaper but features the same things.

Except for the game bundle which could easily make you sway towards either card.

Rastalovich
Is it also a sign of the times that we don't hold too much difference between the cards from manufacturer to manufacturer.

I mean in the past I would personally have prompted for a Gigabyte silent card, then was quite taken by XFX and have bought them out of habit ever since.

But being honest, eVGA/Zotac/BFG/XFX/whatever, I wouldn't shun any of them - I know they'll all go for the same reference and same dodgy cooler. I can see it's a dodgy loud one just by looking at it. Different stickers perhaps.

As time goes by, different speeds appear on the shelf, but from what I've seen so far, they are the same cards and coolers, just factory clocked. Says to me what the basic one can achieve.

Be nice if one of them stepped out of the darkness with a really good cooler. Kinda like some of the ati variants u see.

Do-not like the nVidia 2 slot reference cooler one bit tbh.

Oh, yeah the bundles are the draw - bet ur arse XFX won't give u an 8pin cable