We've already taken a look at nVidia's G80 in a previous review of the 8800GTX and now it's the turn of it's little brother the 8800GTS. Heralded as the "best bang for buck" currently available with DX10 compatability, the 8800GTS looks to be a killer card at a half-reasonable price.

Today we're sizing up XFX's 8800GTS to see how it performs.

XFX have always had striking packaging and this time is no exception with it's mascot showing on the front of the box in quite a striking way contrasted against a white background. No actual pictures of the card on the front but turn over and you have some relatively useless info along with the 8800GTS in all it's glory. 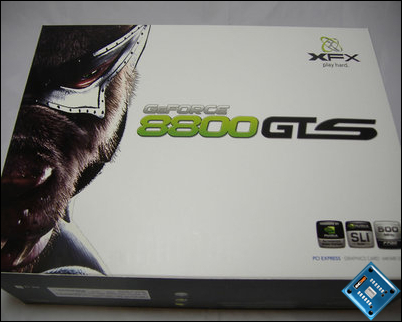 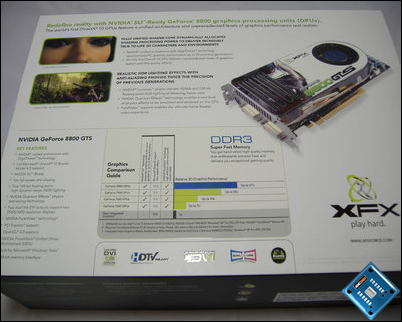 Moving steadily on we see that the inside of the box is packaged very well with a fully foam-clad interior. XFX packaging is always excellent and this is no exception. 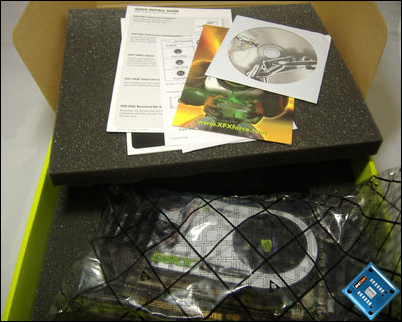 All nice and snug and the card won't even get near damaged unless the box gets run over by the delivery lorry.

Here's what you get when you purchase this high-end card:

The package XFX is giving out with the 8800GTS is slightly lacking in the software department. With only a driver CD in there you feel a bit lacking when you open the box. However upon speaking the the XFX rep about this he has said that they are encouraging their retail partners to include some sort of games bundle with the cards such as Splinter Cell. This seems to not be the case now, but it was at release. 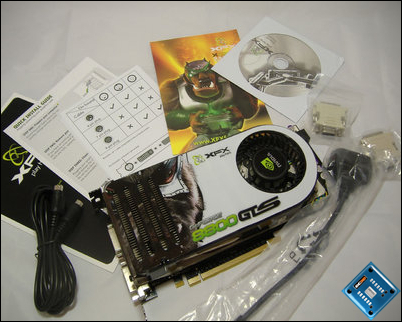 There is plenty enough on the hardware side to satisfy anyone wanting to hook this up to a TV but once again an inclusion of some sort of DVD software would have boosted the bundle.