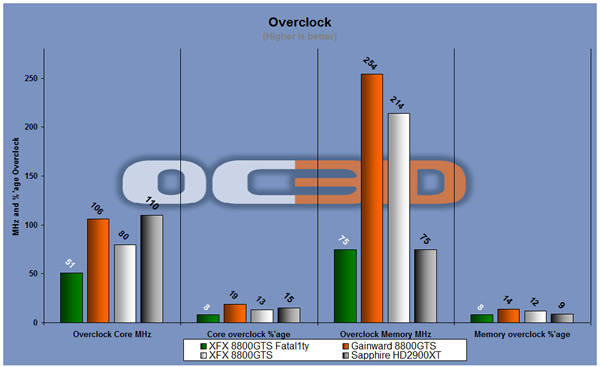 Here we can tell XFX really are taking the GPU to it's limits with a slightly lower overclock than we are used to seeing on an XFX card. Having said that we still managed 701MHz core and 2150MHz memory, not too shabby! 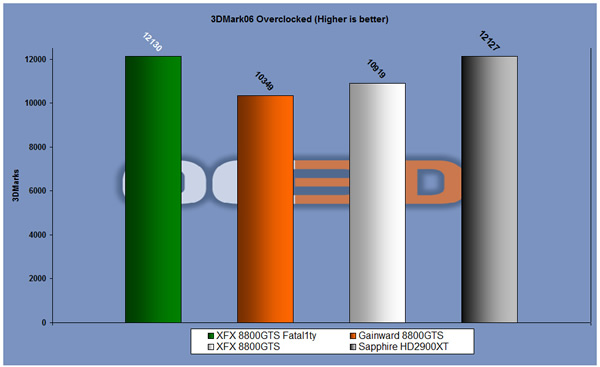 The run of 3DMark06 shows that although the overclock was fairly small, it still gave us a 662 raise in 3DMarks.

Note that the fan still hardly ramped up during overclocking (I didn't enable this feature in RivaTuner). With some aftermarket cooling like a water-block I think this card could push even more...of course this would void that rather nice XFX warranty!
«Prev 1 2 3 4 5 6 7 8 9 Next»