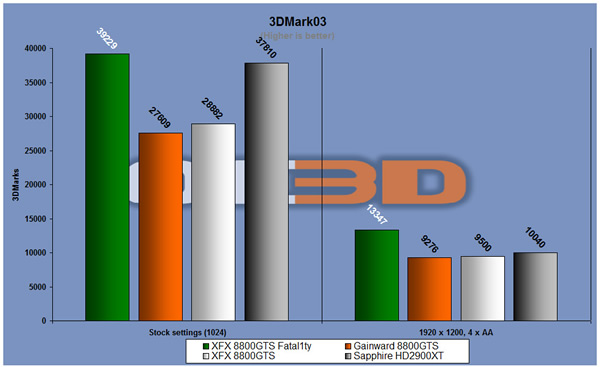 Gaining the lead in 3DMark03, the XFX Fatal1ty card is looking good for benchmarking. 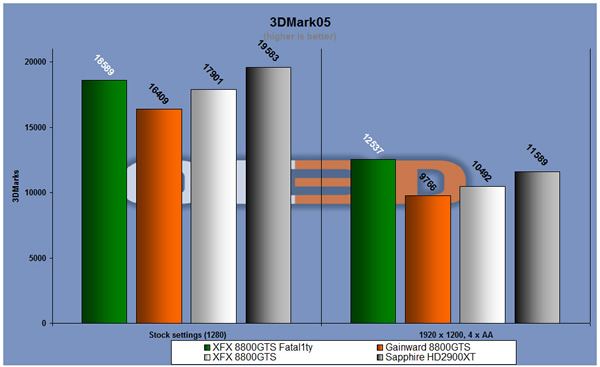 Just losing out to the 2900XT for DirectX 9 general performance in 3DMark05, the XFX Fatal1ty 8800 GTS 320mb does very well when the resolution and AA gets added into the equation. 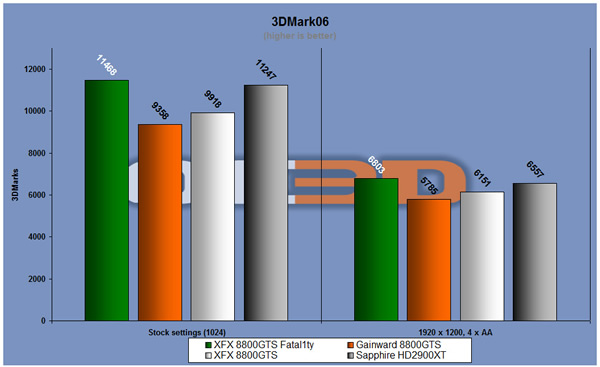