Call of Duty 2 is a fairly recent game that uses a lot of DirectX 9.0c features, including real time shadows, amazing smoke effects and some nice looking HDR effects. This makes the game very taxing at these high resolutions. I played a fully patched up version of the game. Once again I played through the game with a two minute gaming session including explosions, smoke and also lots of snow. 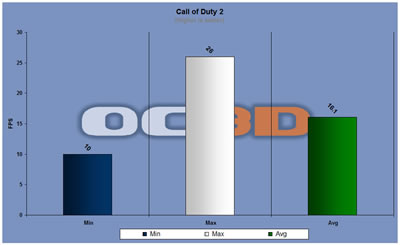 The card fares pretty well in CoD 2 at 1024 x 768 although it got a little laboured dropping to 10FPS at points. Of course, dropping AA to 0 would benefit the frame rate, but I feel this degrades the gaming experience and quite frankly looks horrible.

F.E.A.R. is a game based on an engine that uses many features of DirectX 9.0c. It has volumetric lighting, soft shadows, parallax mapping and particle effects, with a slow-motion mode that really taxes today's top of the line GPU's. I played a fully updated game with the latest patches installed. I played three two-minute runs on a taxing part of the game with plenty of action, using slow-motion for the full time whilst firing at enemy soldiers and using grenades that produce a cool "blast" contortion effect when blown up.

The cards were played at 1024 x 768, 2 x AA, no FSAA and soft shadows disabled. All other settings were on maximum. 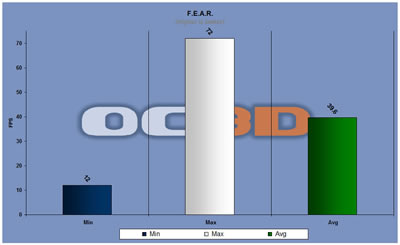 FEAR was actually pretty smooth to play, the minimum FPS of 12 not affecting gameplay too much. Indeed it was a pleasent experience and looked pretty nice.

Oblivion is an awesome RPG with a simply huge immersive environment, great graphics and incredibly realistic scenery. This game is currently one of the most testing games that you can buy and it is certainly a test of the high-end cards here. I chose to do a run-through of the Arena part of the game. I spoke to a character, did some magic whilst in a fight and fought in the arena that is pretty huge. Also as well as doing this test I took a wander around to make sure that the benchmark resembled the general gameplay with each card. In-game settings used: 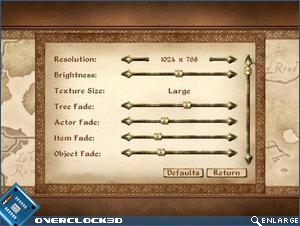 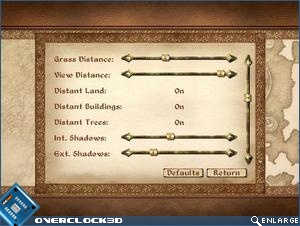 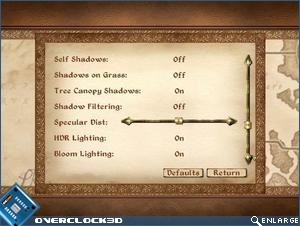 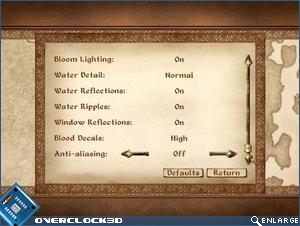 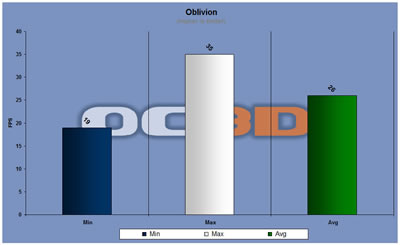 With no AA on the scene the card coped much better in Oblivion. Luckily Oblivion looks a lot better without AA on. The gaming was fairly smooth, not dropping too low.
«Prev 1 2 3 4 5 6 7 8 Next»

Rastalovich
Have tbh Kemp, u`ve been pretty fair with that summation of the card considering that u`ve obviously be cranking out on rigs with 8800+++.

The card and packaging are as I expected. I`ve got 3 cards in this range previously (meaning below the x600), the 7300, 6500, 6200 (one of those may be wrong number) from XFX and they`ve pretty much been packaged as u`ve described. Box about the size of the card, low profile and the only difference being a passive old-skool looking sink. (which they seem to be implying the 8400 will have in the future)

This card is what it is, as were the previous ones, I think we should appreciate that. It`ll work in a working desktop very well, a workhorse server type pc that u just basically want a display, and has the benefits of crossing to u`r htpc with some added kick.

£20-£30 - and knowing what u`r buying it for, they fill the gap for me. I am a little supprized it doesn`t play C&C a bit better, usually tho with this range of card u can get away with shutting everything down to minimum u can get away with it - but u have to appreciate that that is what u are doing.

Fits in the market well for me.Quote

FarFarAway
Aye indeed. I think the card fits well in it's niche and really is great vfm

It's hard to look at a card like this when you're playing around with uber high end stuff all day but I think I gave it a fair shout and it performed well for it.

Hope y'all think it's a fair review

Ham
What more do you need for a non-gaming HTPC?

Hyper
Great job as ever Kemp

Our of interest, how many views does the average review get?Quote

Looks like a solid card for the average user.Quote
Reply