As befits most products that come with an Elite tag, the packaging for the ViewSonic XG270QG follows the Spinal Tap ethos of none more black. With just a hint of the monitor itself and the RGB section tuned to ViewSonic's blue, it's an attractive, minimalist box. 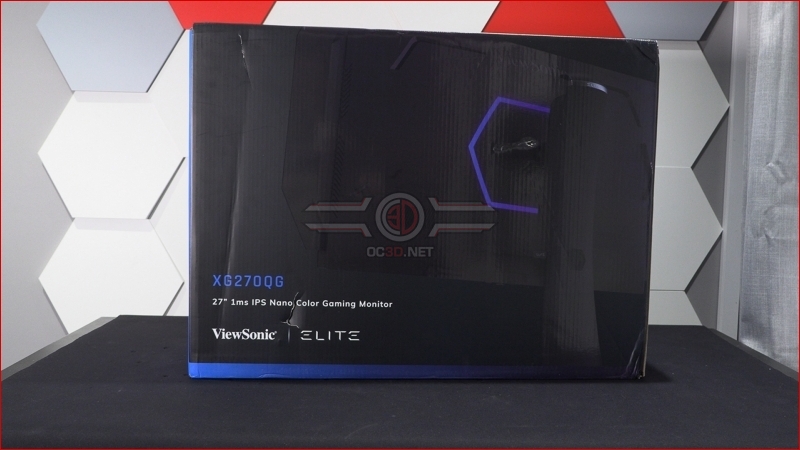 The first thing that strikes you about the ViewSonic Elite are how thin the bezel is, perfect for giving you the maximum visual splendour and that 'picture hovering in space' effect that is so pleasing, whilst also letting you run a multi-monitor setup with the minimum of blank space between each image. The second thing you notice is how thin the stand is. With a metal stand providing more weight than its plastic counterparts, ViewSonic have managed to keep the size down without impacting the stability of the display. Very nice. 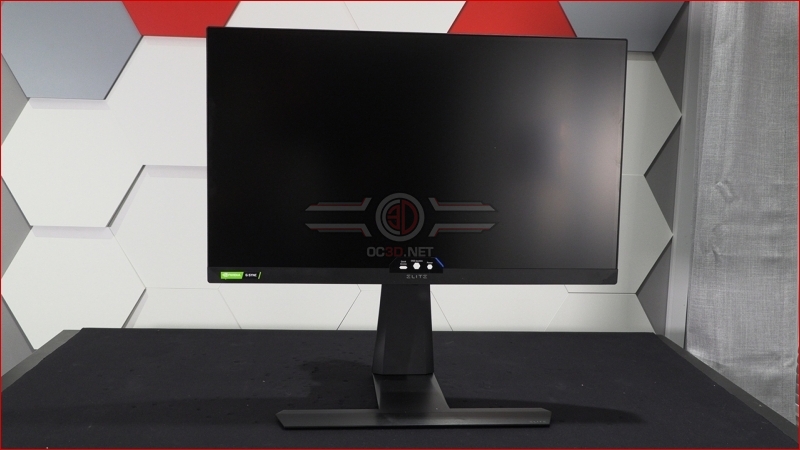 The above picture has the monitor at the top of its vertical range, whilst here we have it at the bottom. It's unlike you'll need either extreme but it's always handy to have the capability to place the monitor perfectly at eye level to allow for maximum comfort in those long gaming sessions. Take a break every hour you say? No thanks. 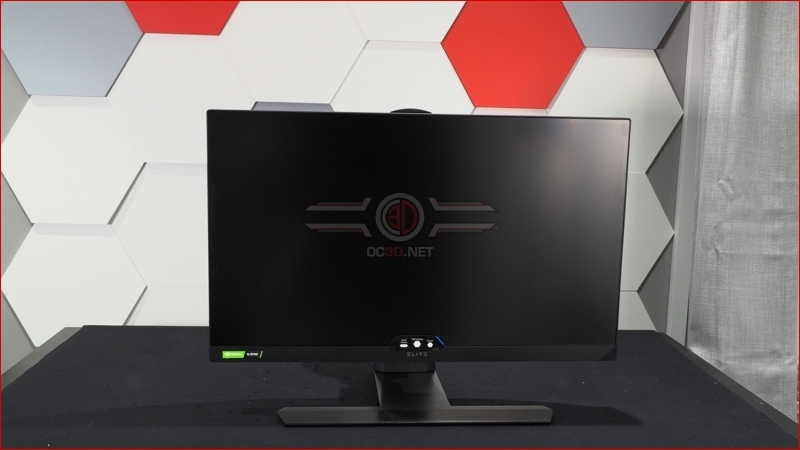 Around the back there is much to make note of, but we'll get to other bits in a moment. For now we're focussing upon the RGB lozenge which surrounds the stand connection. Rear RGB has been a growing trend in monitors lately, one we have to confess we don't fully understand the point of unless your display is right up against a white wall, but the ViewSonic implementation is very nice with crisp colours and deeply saturated hues. Also its placement around the hidden VESA mount means even if you mount the Elite XG270QG to an arm or some non-standard.. erm.. stand then you can still show off your chosen aesthetic.

The grills at the bottom hide a pair of speakers which, whilst never likely to be confused for a genuine audio setup, provide usable audio. 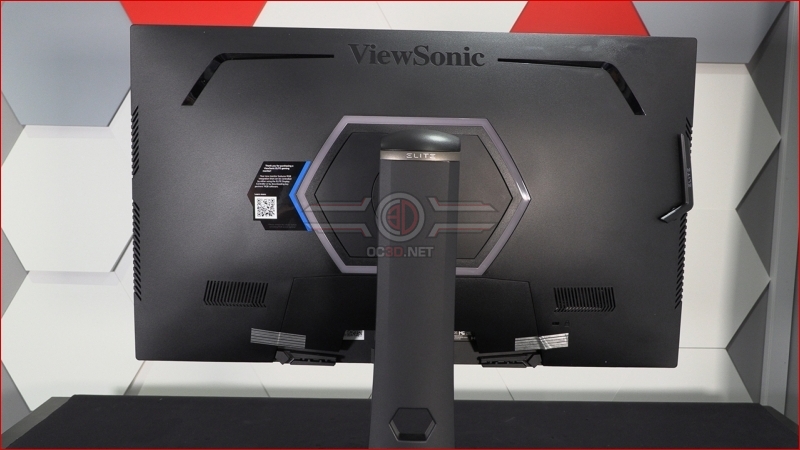 There is plenty of rotation available on the stand too, including a portrait mode if, like us, you're a big fan of the SHMUP genre or happen to have some legal MAME ROMs hanging around that require a TATE setup. If you haven't played Zen Pinball or Crimzon Clover in its intended aspect then you're really missing out, and with the ViewSonic Elite it's only a quick turn away. 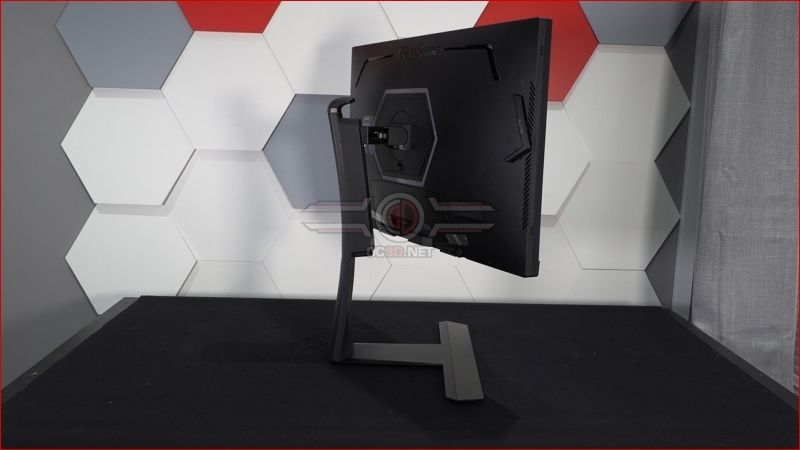 This side on view also gives you an excellent look at the minimalist base of the stand we were discussing above. It's a thing of beauty and a boon if you have limited desk space. The front bar would easily fit behind the feet but before the front of your keyboard, keeping it level without dominating your limited real estate. 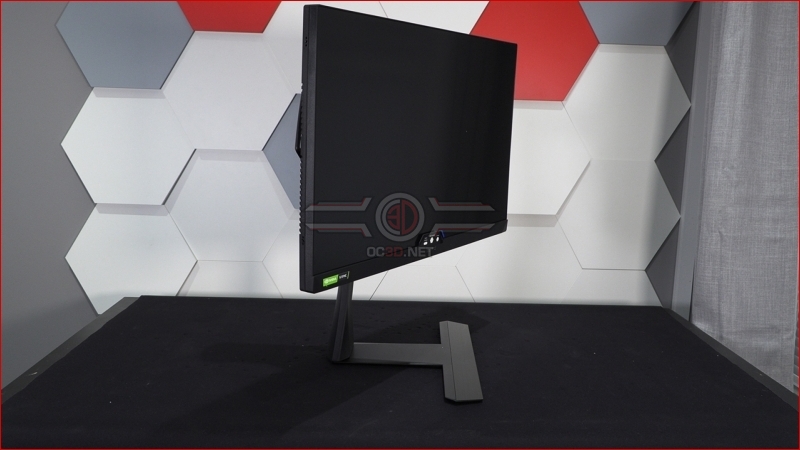 Headphone hangers are proving another popular addition to monitors and the one on the ViewSonic Elite can cope with even the heaviest of gaming headsets, whilst tucking away neatly should you not want to poke someones eye out as they pass. 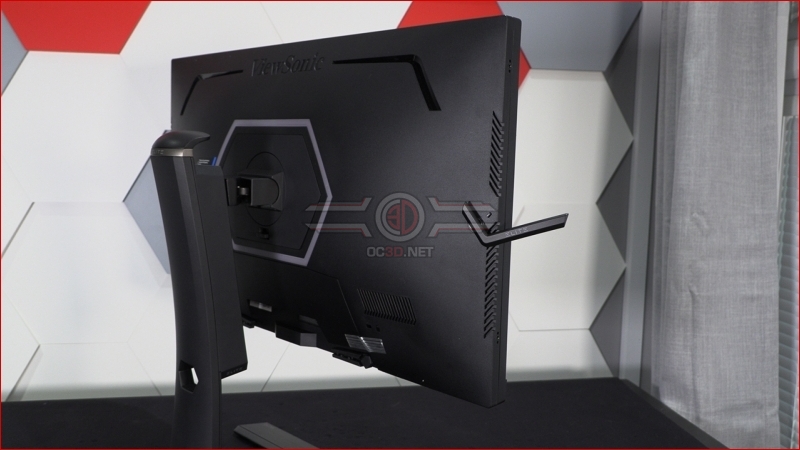 Down the bottom end, just below the Kensington lock, there are two Mouse Bungee sets letting you have all the enjoyment of a wireless mouse experience but on the 'always ready, never needs charging' consistency of a wired platform. With one either side both righties and lefties are catered for. 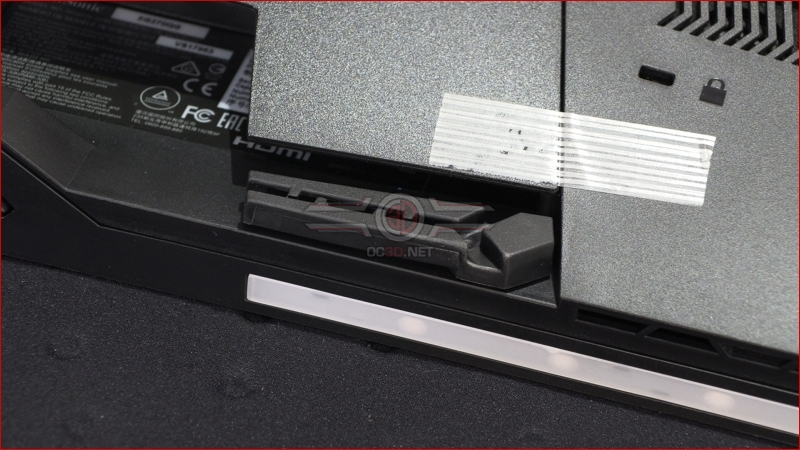 Lastly the all important connections from DisplayPort - a key element of the G-SYNC platform - HDMI and the audio and USB ports that keep all your peripherals in one handy spot. 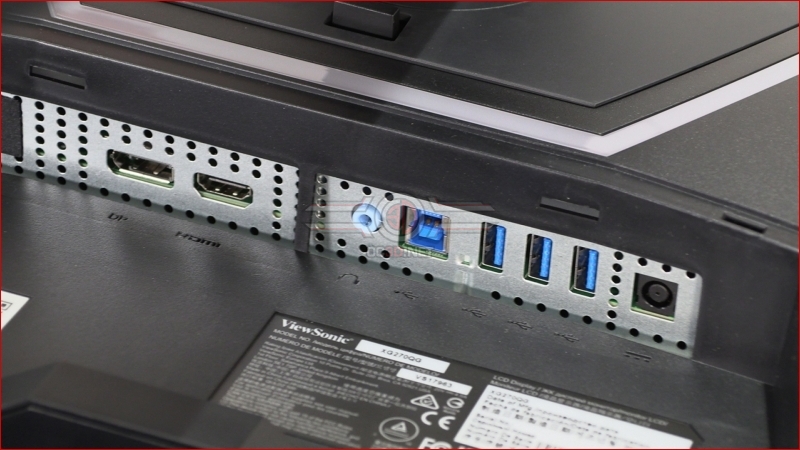 Bagpuss
The biggest problem with Viewsonic monitors is their terrible lack of availability in the UK.