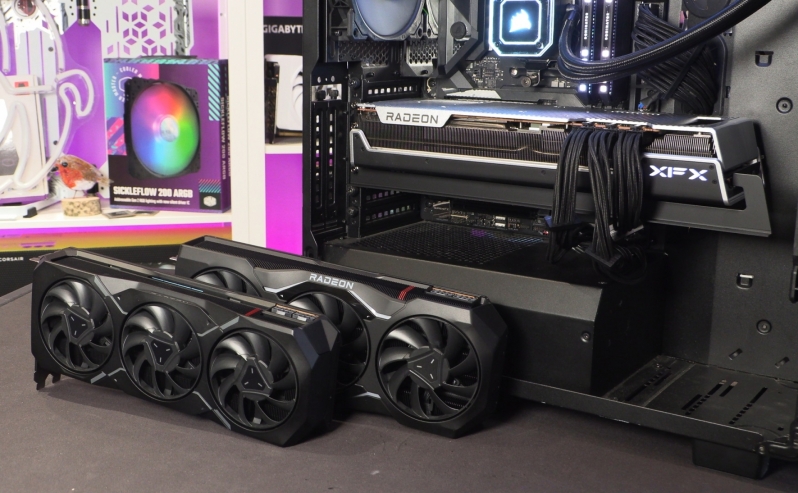 Let's start with their specifications

AMD's RDNA 3 architecture brings many changes to Radeon's product line. For starters, compute performance is increased in a huge way, thanks to RDNA 3's new compute unit design, AMD has doubled their FP32 throughput thanks to their latest CU redesign. This is a big deal for gaming and computational workloads. That's why RDNA 3's TFLOPS numbers are much higher than RDNA 2. In a sense, we could say that AMD's RX 7900 XTX effectively has 12,288 stream processors, as AMD's GPU shaders are now designed to do two FP32 calculations at once.

With AMD's new RDNA 3 flagship, AMD has also increased the clock speeds and memory bandwidth that they can deliver. This enables higher levels of memory bandwidth, faster rates of computation, and larger frame buffers for heavy gaming and productivity workloads.

The only downside with RDNA 3 appears to be AMD's lowered Infinity Cache size, but this downside is countered by AMD's increased Infinity Cache bandwidth, and the fact that RDNA 3 GPUs also have a wider GDDR6 memory bus to utilise with faster GDDR6 memory. In all, RDNA 3 offers gamers a lot of solid upgrades in many areas, and the specifications chart above only scratches the surface.

AMD's RX 7000 series MBA (Made By AMD) designs are stealthy grey/black graphics cards that can fit well into most gaming systems. Being smaller graphics cards than Nvidia's RTX 4080 and RTX 4090 Founders Edition designs, these GPUs are a lot easier to fit into existing gaming systems, and that is before you consider Nvidia's use of 12VHPWR connectors, connectors that most PSUs do not natively support. 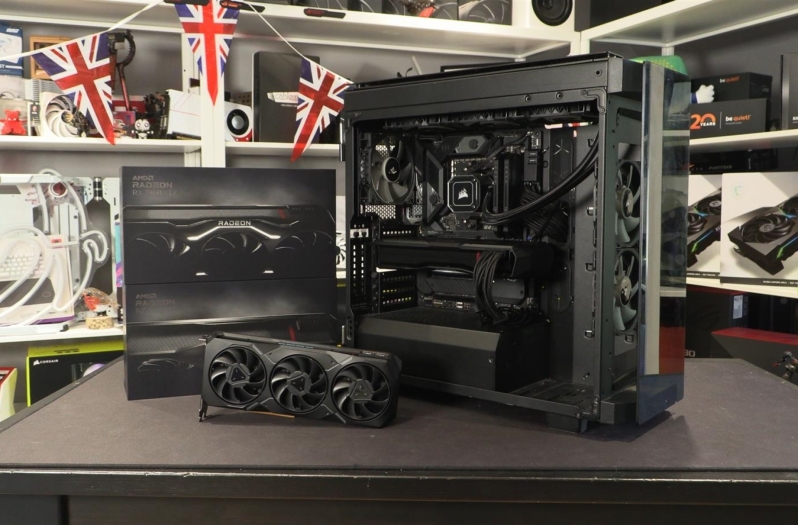 With a few red highlights and some Radeon branding, AMD makes sure that PC gamers know that they are installing a Radeon graphics card within their system. Its dark and angular heatsink gives the graphics card an almost Batman-esque aesthetic, which is a great look for a stealthy non-RGB PC build. 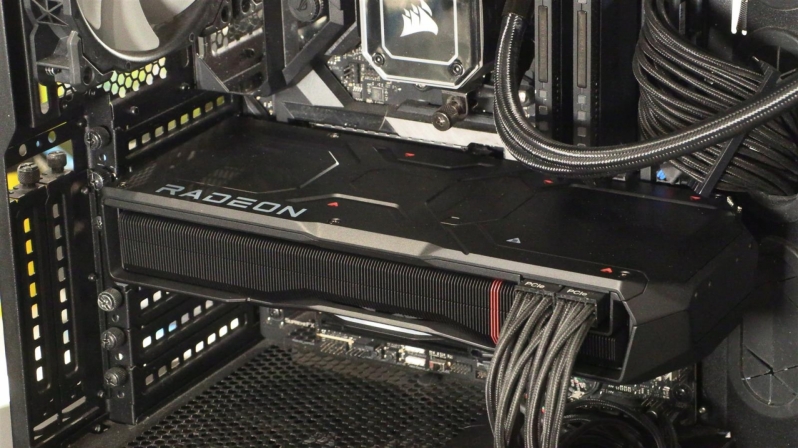 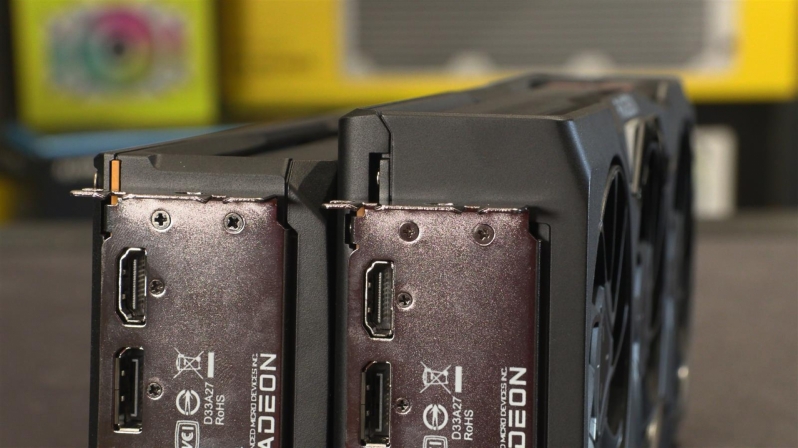 Below are AMD's RX 7900 XT and RX 7900 XTX odels at a different angle. Again, both GPUs feature similar overall designs, though the XTX model does feature a larger overall heatsink design. 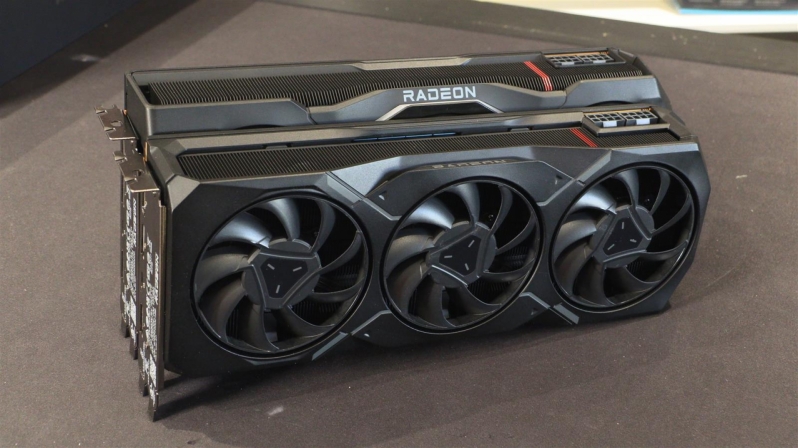 AMD's MBA GPU models feature an HDMI 2.1 connection, two DisplayPort 2.1 outputs, and a USB Type-C display output. AMD AIB partners are able to replace this connection with an additional DisplayPort connection, but AMD wanted to give gamers the option to use USB Type-C. Perhaps AMD expects VR headsets to use this type of connection in the future. 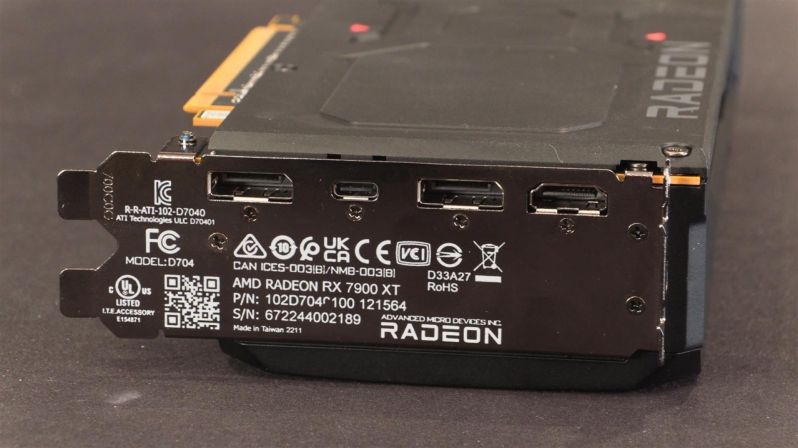 AMD's Radeon RX 7900 XTX design is both modern and stylish, and the upside over Nvidia's RTX 40 series Founders Edition GPUs is that you do not need a colossal PC case to be able to install this graphics card into your system. 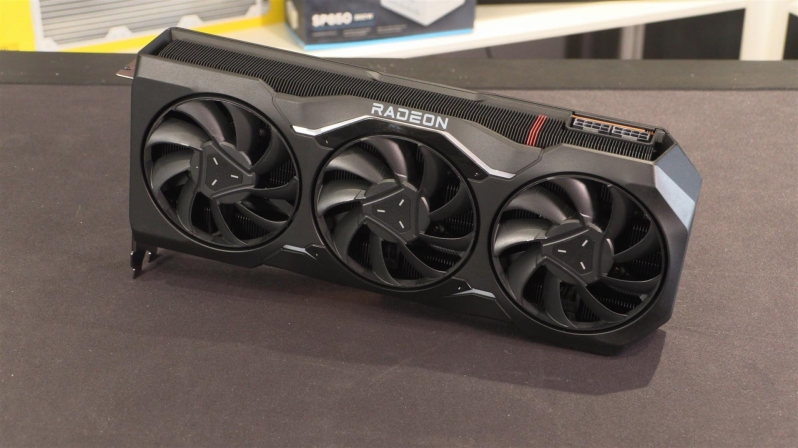 With our current GPU test system, AMD's RX 7900 XT and RX 7900 XTX blend in nicely, giving your system a neat and stealthy look, especially once we re-install this case's tinted side panel window. 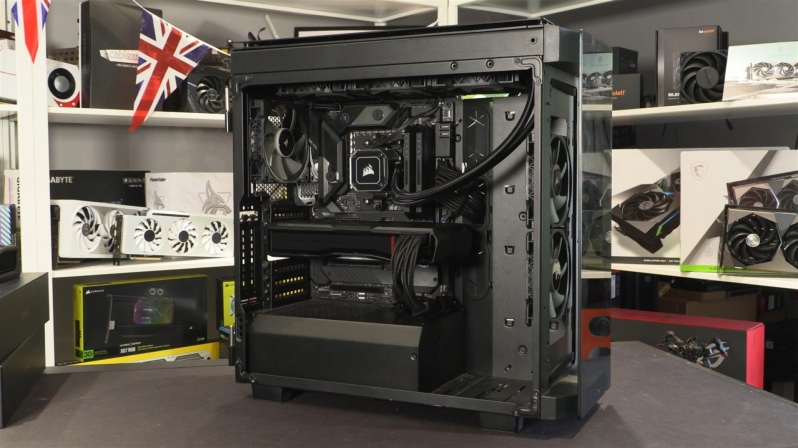 Bagpuss
Well done on getting 10% of the entire UK stock allocation of the new AMD cards..

dazbobaby
The performance leaks are out already.
Apparently it destroys the 4080 for a lot less money.Quote

Dicehunter
Quote:
I've seen a few of the "leaked" benchmarks and so far the 7900XTX trades blows with the 4080.Quote
Reply