This new benchmark test from Valve runs a virtual VR headset in your machine and showcases a Portal-esque environment, testing both your CPU and GPU performance to see whether ot not it is suitable for Steam VR.

For this game we will be using the newest drivers that were available when the game released, which is Nvidia's Game Ready Geforce 361.91 driver and AMD's 16.1.1 Hotfix driver, both of which became available to the public in the past month.

Both AMD's R9 Fury X and Nvidia's GTX 980Ti both are listed as VR ready for the application, with both GPUs having framerates that sit in the very high FPS mark in the fidelity graph below.

Both GPUs sat at over 90FPS at all times though the Nvidia GTX 980Ti was given a higher score of 10.5, whereas the AMD R9 Fury X was given a score of 9.7, both of which is listed as Very high by the application. 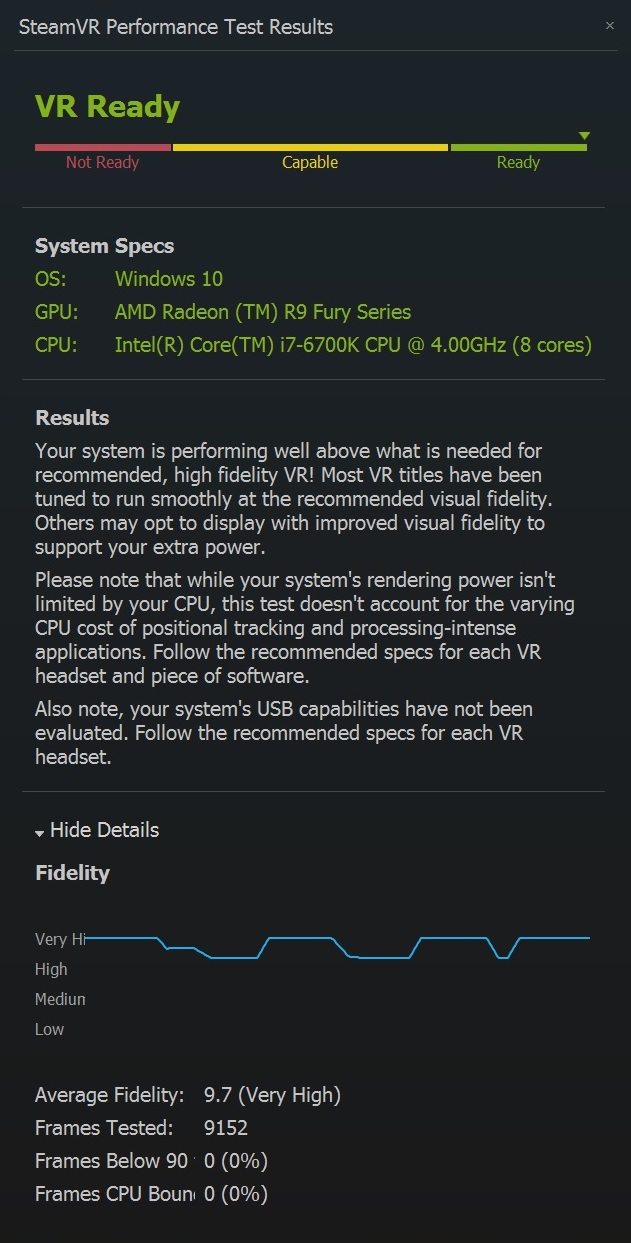 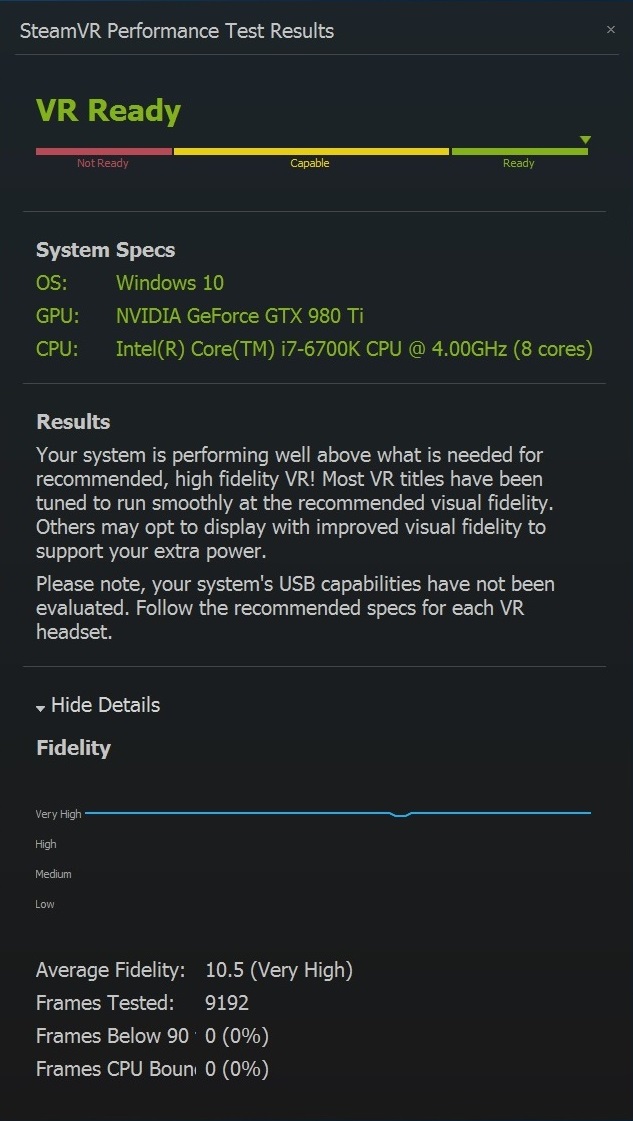 VR is very new and it is great to see a performance benchmark that test your system to see if you are VR ready. Hopefully we will soon see more advanced benchmarking tools for VR, especially from respected benchmark makers like Futuremark.

Both AMD and nvidia perform well in this test, with the R9 Fury X and the GTX 980Ti getting Very high ratings and scores of above 9.7. Nvidia's GTX 980Ti has a lead in this test, getting a score of 10.5, which is 0.8 higher than AMD, showing that Nvidia might have an advantage on some early VR games.

VR is something that has been claimed as to be the next big thing for entertainment for many years now, but now as these devices heading to the market with such high price tags it may take many years for these devices like this to become the norm, especially given that it also requires an expensive PC to use.

You can download the SteamVR Benchmark by clicking in this link.

You can view the HTC Vive's PC system requirements here.

You can join the discussion on Valve's SteamVR benchmark on the OC3D Forums.

Valve have released a new Steam VR Benchmark. How will the R9 Fury X and GTX 980Ti performhttps://t.co/BUZG7dcA7J pic.twitter.com/9UdDWTc1OQ

Dicehunter
My score wasn't that bad

WYP
Quote:
seems about right, given you have an OC on the GPU.Quote

Dicehunter
Quote:
I left it at stock clocks, The Matrix nicely OC's itself to 1405 on the core and memory is auto set to 7200

WYP
Quote:
Yeah I meant your stock OC, the one I tested is reference.Quote

Dicehunter
Quote:
Gotcha, Someone on OCUK's forums got nigh on 1500 in their VR score, Nuts.Quote
Reply