The Sapphire RX 480 Nitro+ OC is easily one of our most requested reviews of this year, being the first Custom RX 480 to be announced and the first to promise higher clock speeds, cooler thermals as well as quiet operation.

Sapphire's RX 480 Nitro+ cooler design is much more neutral than most of Sapphire's other cooler designs, allowing this GPU to easily blend into most systems as well as  provide great cable management with its rear facing 8-pin power connector. 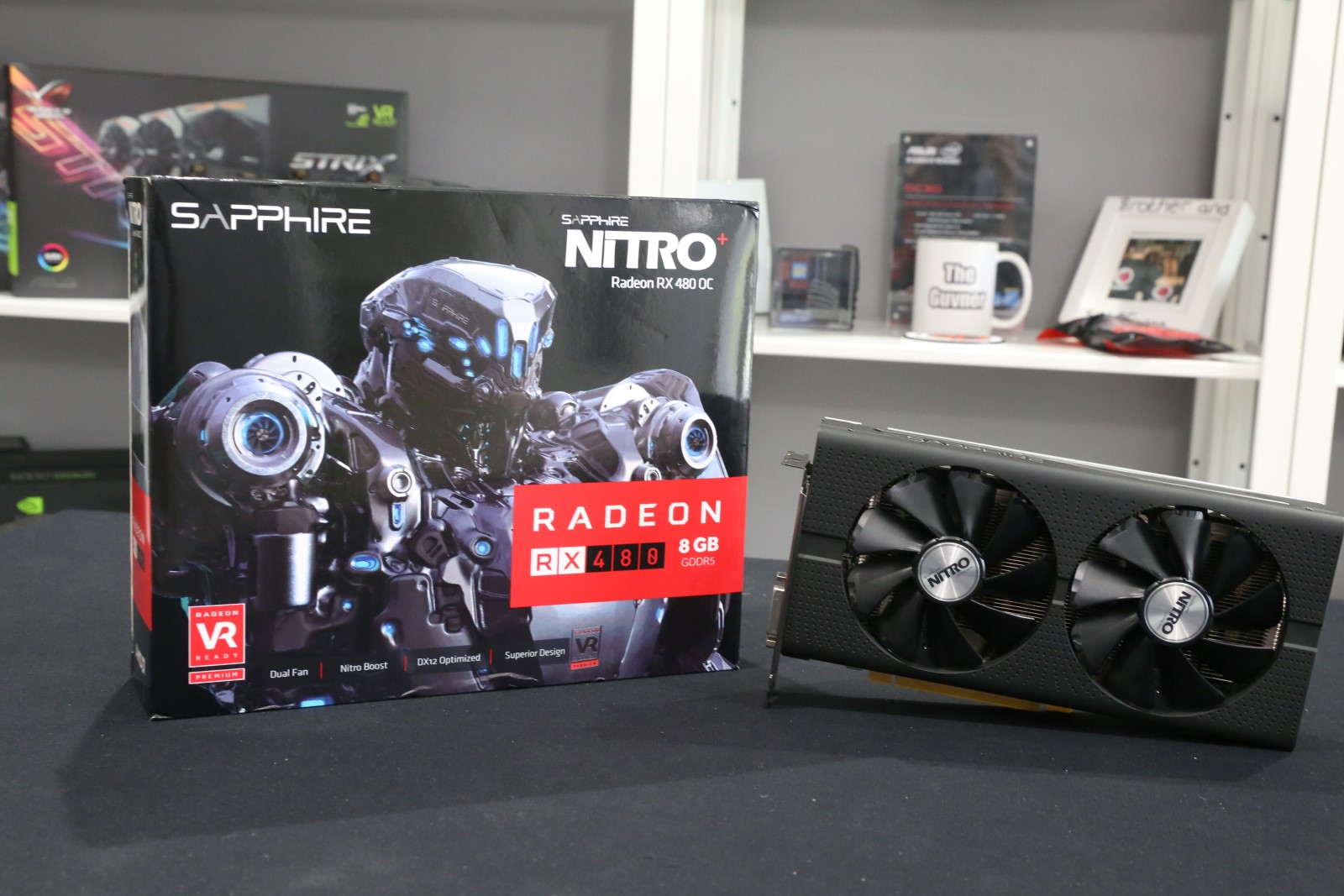 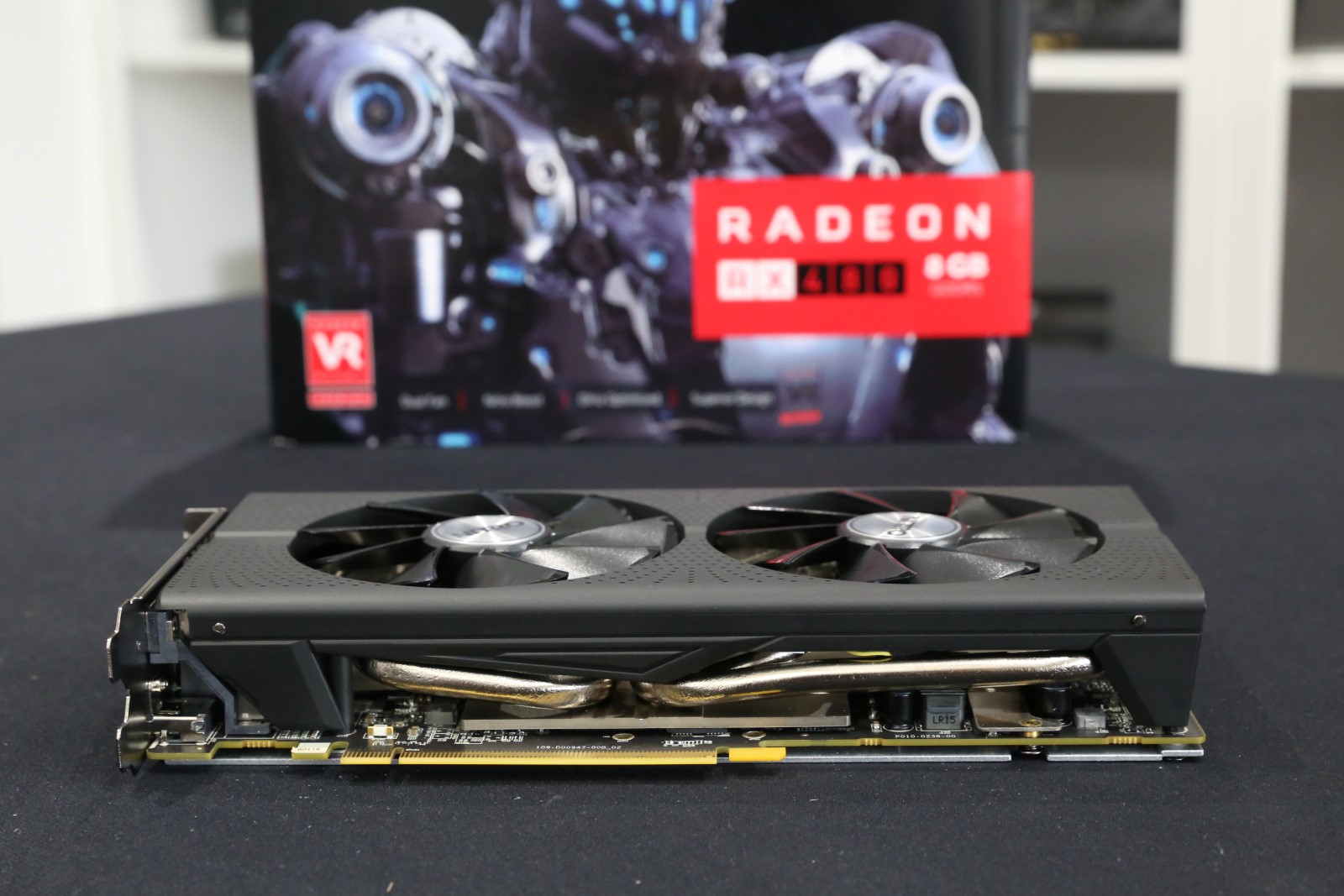 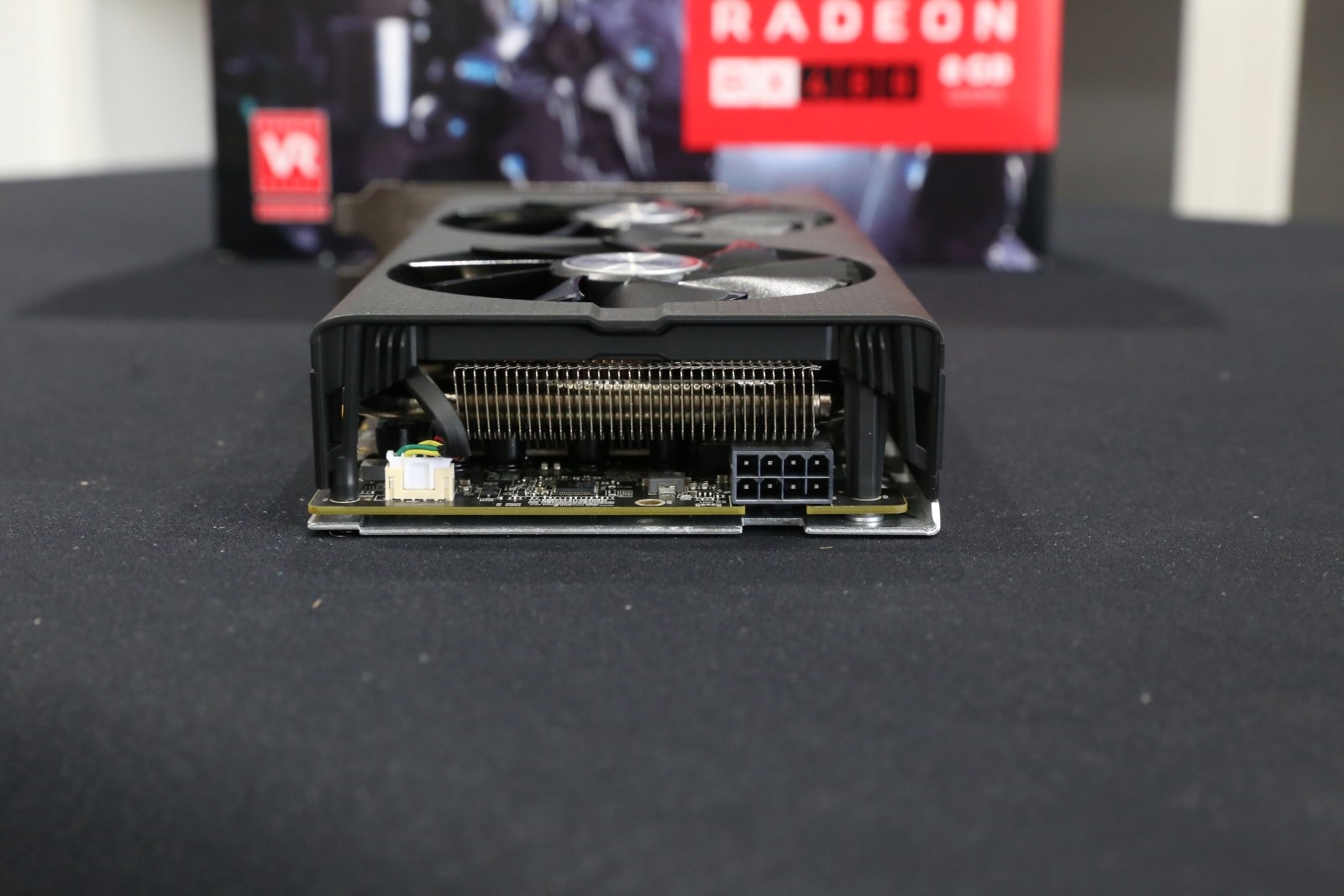 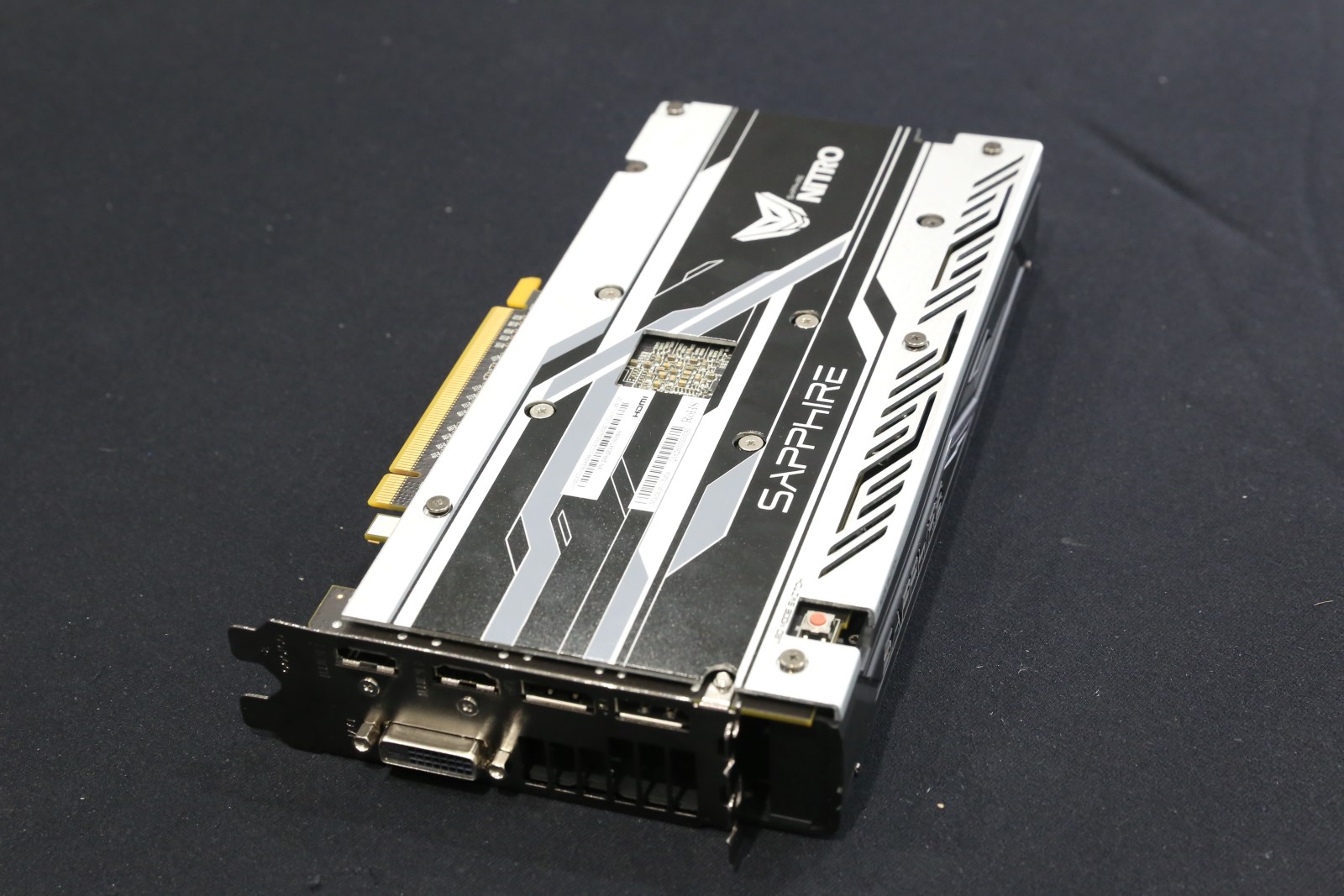 With an 8-pin PCIe power connection overclockers will be able to happily overclock their GPUs with no fears of running into any power issues. This GPU will also come with a full cover GPU backplate, which comes with a grey and black design that I personally would have preferred to be all black to better match the GPUs cooler shroud.

One other addition that the Sapphire RX 480 Nitro makes is the addition of a DVI-D display output, which should help a lot of potential users to connect older displays which are not HDMI or DisplayPort compatible.

Sapphire's Nitro+ GPUs will come with a BIOS Switch, allowing this GPU to be switched between what Sapphire call "Quiet Mode", which locks the GPU to AMD's reference clock speeds for reduced thermal output and quieter operation, while the GPUs "Performance" mode will allow RX 480 Nitro + users to make full use of Sapphire factory overclock.

This GPU will also have an RGB illuminated Sapphire logo on the side, which can be set to 6 different modes in Sapphire's TriXX 3.0 Overclocking Software. First, there is Sapphire's Corporate blue option, then there are the PCB temperature and fan speed options which changes from Blue-purple and then red as temperatures or fan speeds increase and then there are custom Rainbow, static colour and off options to let this GPU suit pretty much any PC build. 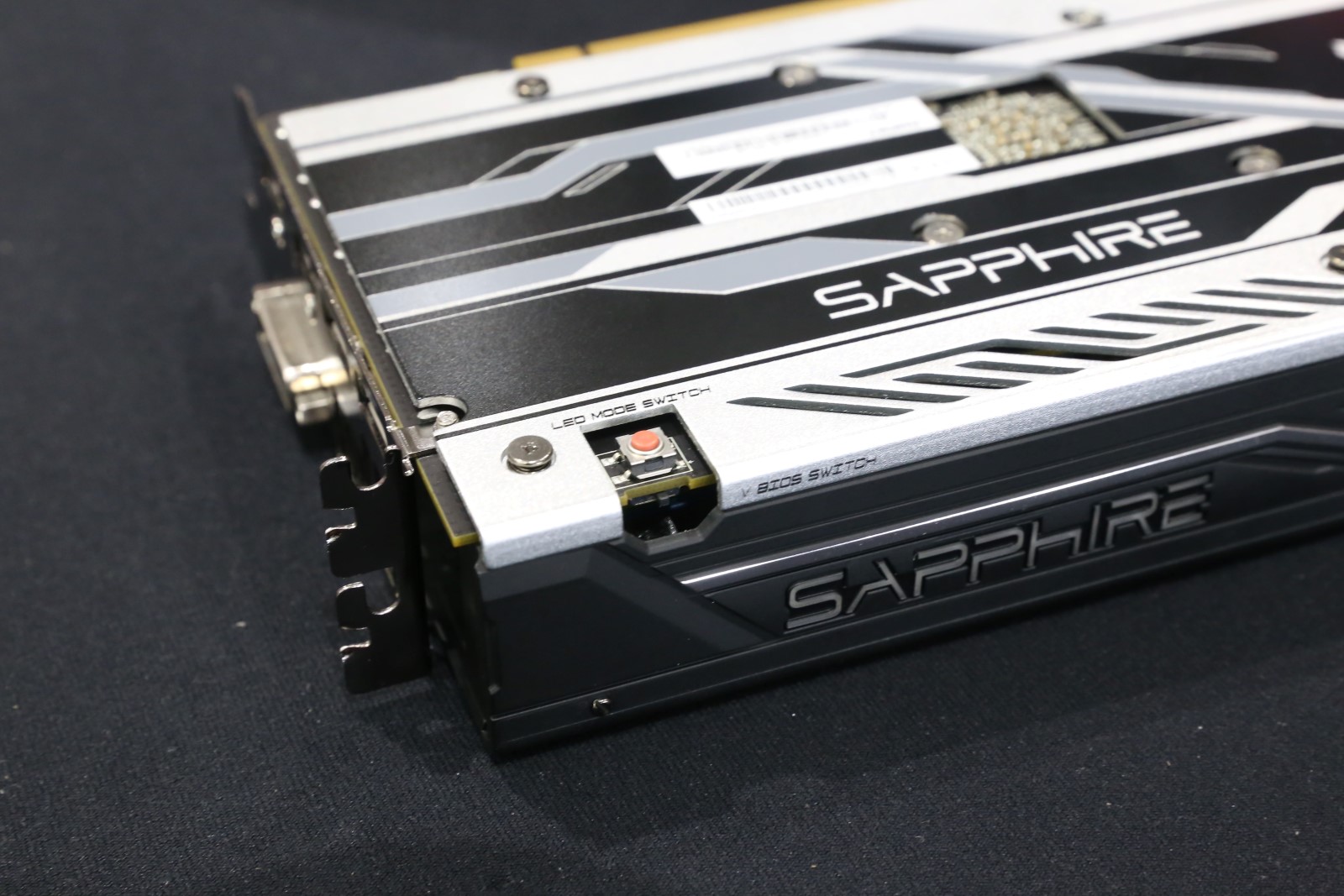 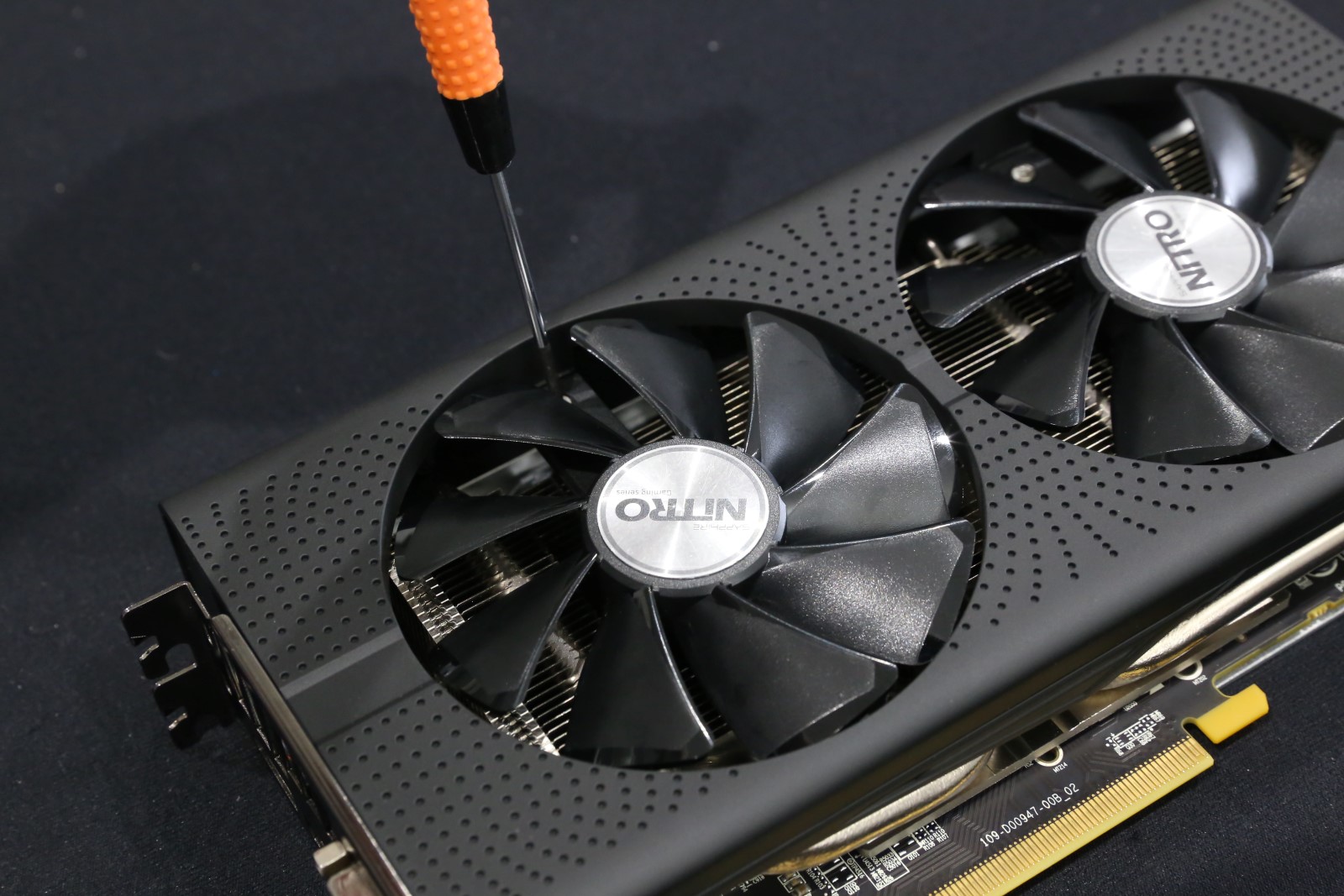 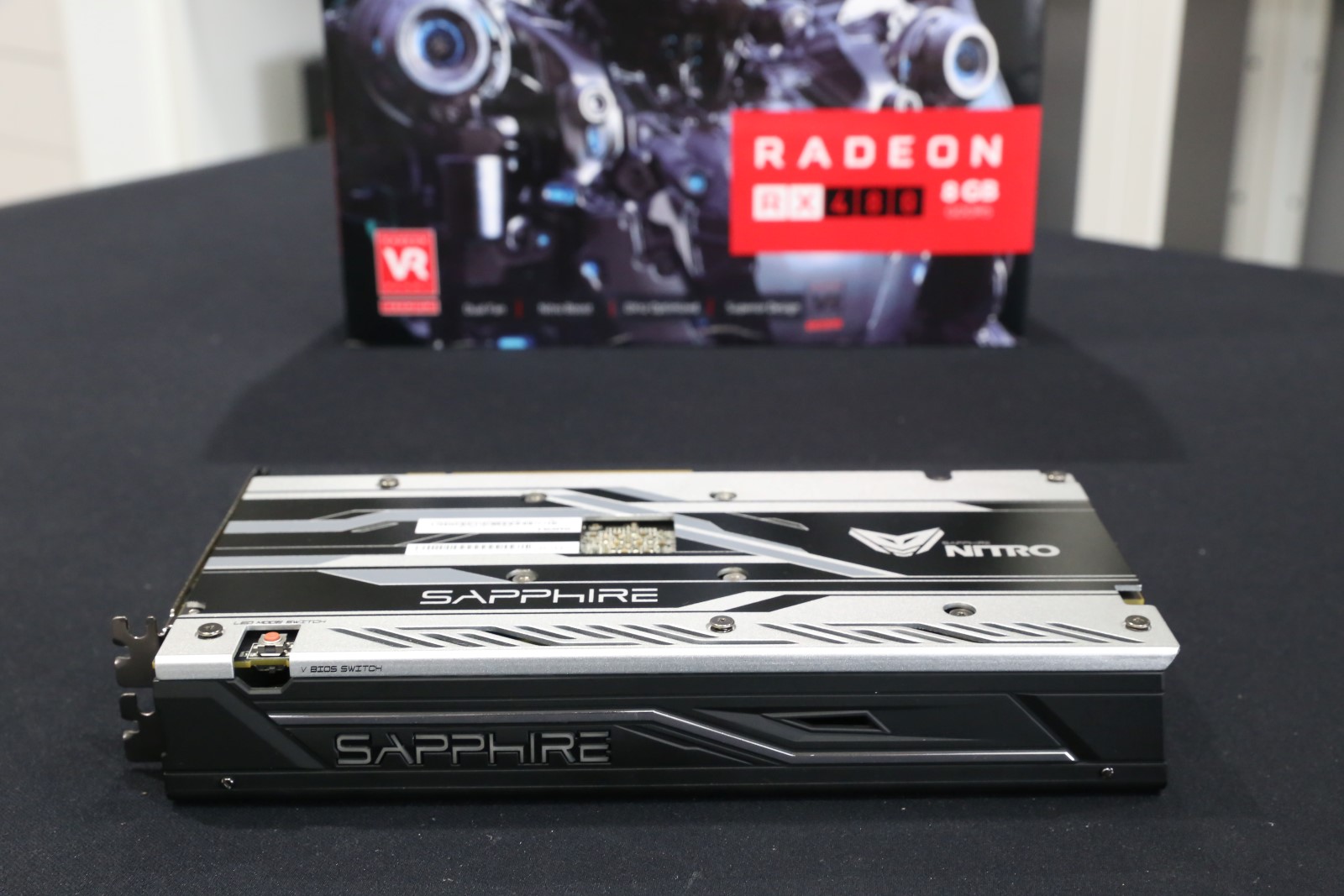 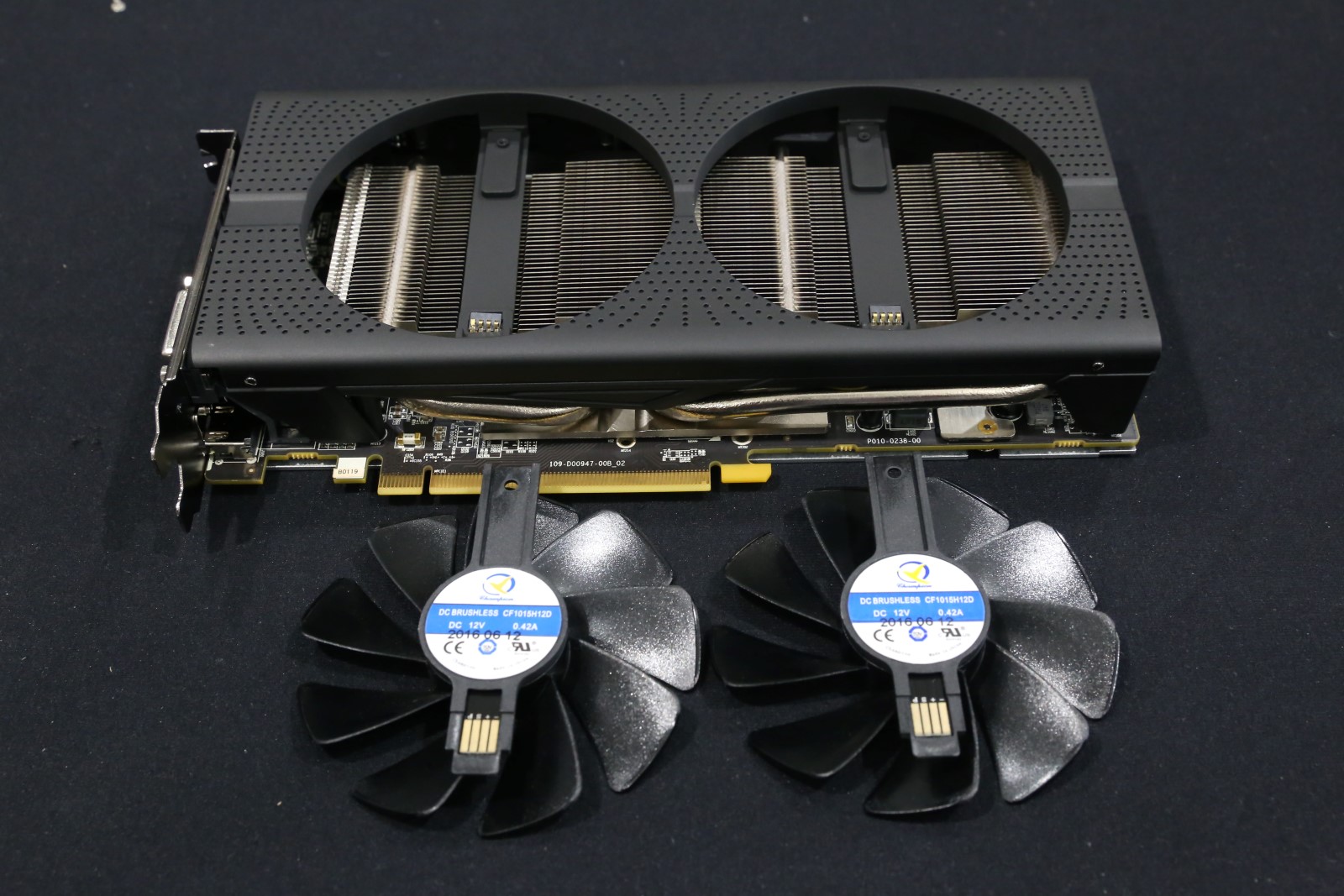 One of the new features in Sapphire's RX 480 Nitro+ is the ability to remove and replace the GPUs fans at will, making GPU cleaning much easier and allows users to easily replace faulty or broken fans with ease and without affecting the GPU's warranty.

Aesthetically Sapphire have done well with their Nitro+ cooling design, releasing an effective cooler which not only comes in a neutral colour scheme but also is easy to both clean and repair.

Display wise AMD's reference RX 480 supported 3 DisplayPort connections and a Single HDMI 2.0 connection, effectively allowing the GPU to power up to 4 FreeSync displays, though this also prevented the users of older DVI displays from making use of AMD's reference design without purchasing a whole new display as well. Thankfully Sapphire has addressed this with the addition of a DVI connection, giving their Nitro+ design some much-needed legacy support.

The Sapphire RX 480 Nitro+ OC has only recently arrived at the OC3D offices, but we will be working hard to make sure that we have a full written review available as soon as we can.

You can join the discussion on Sapphire's RX 480 Nitro+ OC on the OC3D Forums.

Wraith
Me likey likey! Tolemac been busy with the messages

really wanna see how well this stacks up, I'm mighty tempted to consider 1 or maybe 2 of these for CJ, those back plates need a lick of paint though.Quote

BIG KUDOS TO KONG THANKS BUDDY

Greenback
Quote:
The results will be in the same graph after the review so you can compare themQuote

Wraith
Quote:
From what I've read thus far across the void of the Interwebs, the Sapphire Nitro+ 8GB is faster out the box and quieter than the Strix and £40 cheaper.. I will however await the Guvs full review before I make my decision to replace the 2x 950s with a single card, the only thing I dislike at the moment is the backplate.Quote
Reply