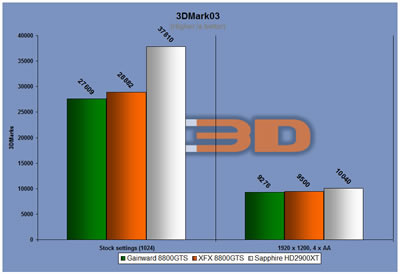 The stock test saw the 2900 XT stomp over the two nVidia cards and at 1920 x 1200 it didn't fare too badly either, handling the high res and beating the nVidia offerings by 1000 3DMarks. 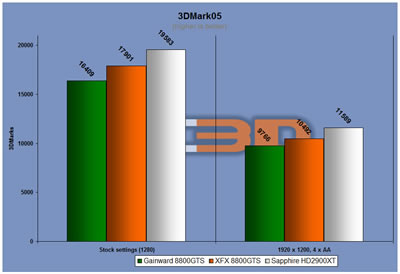 Again here the trend is shown with the ATI card really putting out some nice figures in the slightly more taxing benchmark. 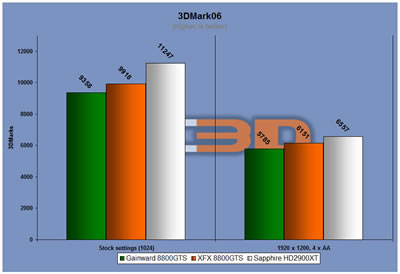 3DMark06 shows us that the 2900 XT really kicks it in the Futuremark suite, bringing home some very good figures compared to the nVidia 8800's.

in 3dmark it dominated

FarFarAway
Tis nice looking, not kind on the ears thoughQuote

mVp24
Quote:
I heard a crossfire setup of those. Man oh man hecka loud! If ATI sorted their size/power/noise issue, then I'd have definitely considered an HD2900XT.Quote

Ham
Not a fan on the sandwich heatsink. The 8800 Blocks are expensive enough, the 2900s are going too need even more copper = higher price again. Same goes for after-market air coolers.

at the oblivion resultsQuote
Reply