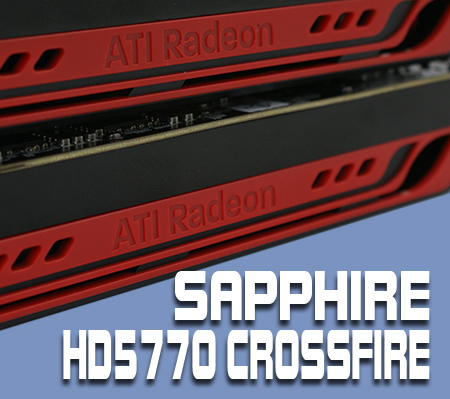 Value. If ever a word has a singular definition but multiple meanings it's value.

I can't imagine many of us would consider spending the price of a used car on an item of clothing, but when you consider the work that goes into a Saville Row suit, the quality of the cloth, the cut, the personalisation and how it will last a lifetime, suddenly it becomes "good value".

Alternatively it can be very pejorative. "Value Beans" doesn't tend to make us think we're in for a tasty treat.

By and large though, in PC Hardware terms, its mainly used to define something that gives unexpected performance at a sensible price point. It doesn't always mean it's the best available, merely that you wont be disappointed. When you're young you want nothing but the best regardless of cost. As you move into normal life with all the expenses and responsibilities that entails you tend to seek out those nuggets, that hardware that is good value.

Last generation the Radeon HD4870 was an exceptional card but for those who wanted blazing performance, at a price that wont leave them sleeping on the sofa, there was only one choice. A HD4770 Crossfire setup. It was cheap, fast, didn't cause the electric meter to generate its own gravity by spinning so fast and was, to continue the theme, exceptional value.

Now we're on the 5000 series, have ATI kept up this performance or nerfed it to get us to splash out on the main event?

Sapphire are probably best known for their amazing Vapor-X cooling solution. Probably the best graphics cooler available on an out-the-box GPU. They have got three different models of the HD5770 available. The HD5770 we're looking at today that uses the original reference cooler, the HD5770 New Edition that uses the modern ATI Reference cooler that expels air into the case rather than out the back, and the HD5770 Vapor-X.

Because we're looking at value we didn't want to look at a card that comes with a premium cooler, nor one that is already a little overclocked. We want to start at the absolute bargain basement HD5770 and see exactly how much performance can be tempted out of its silicon.

Graphics cards are fairly simple beasts and so we thankfully have only a small table today listing the specifications. Taken, as always, from the manufacturer website. The main thing of note is that the HD5770 supports Eyefinity and so has the requisite multiple display outputs.

daletur328
you mentioned the driver cd being used. Was it the 10.3 ATI CrossFireX Application Profiles if not it would be useful to know what effect this has across the boards.Quote

tinytomlogan
It was 10.2 dude 10.3 has only just been released.Quote

daletur328
cheers, was wondering. just put spanner in works was intending to buy 5870 but not too sure now, not a lot of money and seems more bang for buck on crossfire. just never used crossfire.Quote

Runebeard
Lol this really makes me question my judgement. Was really thinking about a 5870 but this definitely makes me think twice about it if I can save £100 and get comparable performance if I do a bit of overclocking...

If funds weren't too much of an issue would it still be recommended to go with a 5870 instead?Quote

VonBlade
If funds aren't an issue and you enjoy the thought of upgrading in the future, then yes a 5870 would be a wise purchase.

If you plan on purchasing a setup and sticking with it until some future release, go 5770.Quote
Reply