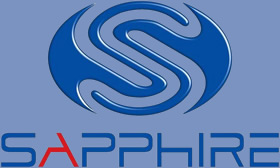 For too long now ATI have been playing second fiddle to their arch rival, NVidia. The ATI cards recently, while being very good cards in their own right, have not had quite the impact ATI would have liked and more often that not have fallen short of the high standard NVidia were setting. When Advanced Micro Devices (AMD to you and I) requisitioned ATI, the enthusiast market was buzzing with talk that ATI could make it back to the heyday of reproducing revolutionary graphics cards such as the magnificent 9800 Pro, which stomped on anything NVidia could muster. Sadly we have had to wait some time, with ATI instead targeting the mid-range sector instead of the ultra high end. Times, as always, change and although still not exactly the dominating force they once were, AMD/ATI have made significant advances with the 3000 series of GPU's and more recently the 4000 series. More importantly, these series of cards didn't need a Platinum credit card to own nor were they significantly lower performing than their NVidia counterpart despite being more quite alot cheaper.
So then, to the pinnacle of the current cards available in the 4000 series, the HD4870 512mb DDR5 version from Sapphire. Being a top tier ATI partner, Sapphire are usually one of the first manufacturers to release the latest GPU's from ATI and so it was no different with the HD4870. With a Terascale graphics engine, GDDR5 memory, coupled with a 256bit memory interface, the HD4870 was set to take the GPU world by storm raising the bar for not only the mid/high end market but also snapping at the heels of the Ultra high end sector, namely the 9800GX2 and GTX280 cards from NVidia. Add to that, the possibility to run Crossfire and indeed CrossfireX (790FX motherboard required for quadfire) as well as the capability to run 24x custom filter anti-aliasing and support for DirectX10.1 and ATI have seemingly pulled out all the stops to release a flagship card with all the latest technologies on offer.
So it's all good news... or is it? Too many times have we been promised so much by that latest release which ultimately failed to live up to those promises, more often than not falling flat on its silicon. There was no doubting the 3870(x2) series were fantastic cards but the Achilles heal was their inability to deliver AA/AF at any significant level without the cards grinding to a halt, especially at higher resolutions. So can the HD4870 finally deliver on its promises? Can it actually out pace NVidias finest? Surely that would be a massive blow to NVidia, prompting them to once again step up to the plate and give the tech guys a kick up the rear they so need, as in my humble opinion, NVidia have sat on the laurels for far too long, basking in the glory of the 8800GTX. Let's find out of the ATI underdog can upset the record books and punch above its price tag...
«Prev 1 2 3 4 5 6 7 8 9 Next»

Hassan
Did u review that? Coz it was damn good!

Obviously varies on the odd game.Quote

Brooksie
Good review, seems like a good card, nice to see it still performing well at high res and AA, as you said in the review it didn't cripple as the 3870 did.

Luigi
Quote:
Webbo's been reviewing for a while

Nice review once again, Looks like a damn nice card.Quote


Quote:
that was one aspect of the card I found to be great - I half expected the card to perform very well but die once AA was applied, I was pleased to be proven wrong.