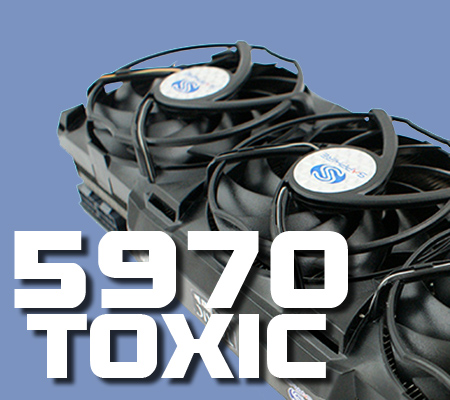 A Close Look at the Toxic

From the outside the Toxic isn't very expressive about the many changes that it has undergone when compared to the standard 5970. At a glance you'd struggle to tell the difference except for the Toxic branding just above the model name. We're big fans of premium products not shouting about it, but this is perhaps taking things a step too far. 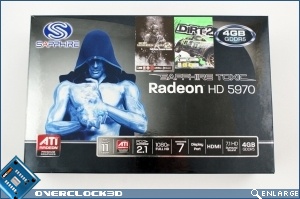 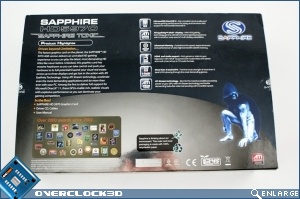 Within the box we get a great selection of accessories. There are your standard adaptors and bridges along with codes for full versions of Dirt 2 and Modern Warfare 2.

On the right is the real hidden gem in the package though. An active DisplayPort adaptor. When you want to use Eyefinity you need two DVI monitors and a DisplayPort capable monitor. DisplayPort monitors tend to be both expensive, and not readily available. If, like us, you prefer to have all your monitors matching then the extra cost of having a DisplayPort model quickly multiplies and becomes almost prohibitively expensive. An active DisplayPort adaptor overcomes this by allowing you to connect the DisplayPort out from the card into a standard DVI port on the monitor and still take advantage of Eyefinity. Considering these are the best part of £90 it's fantastic to have one included in the box. 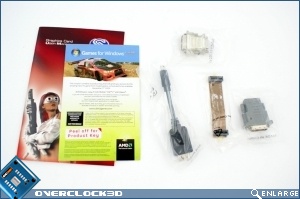 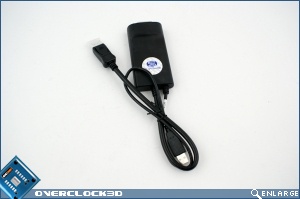 Moving on to the card we can instantly see how Sapphire have managed to overcome the heat issues of the standard 5970. Although it isn't labelled as such we'd be willing to bet that this is an Arctic Cooling Accelero Xtreme, a third-party cooler reknowned for its excellent performance.

It does mean that the card is three slots wide, but with modern motherboards having plenty of room, and the Toxic having so much potential power you're unlikely to need more than one, this isn't likely to be an issue. It's something to be aware of though nonetheless. 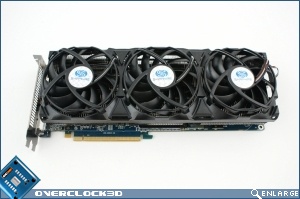 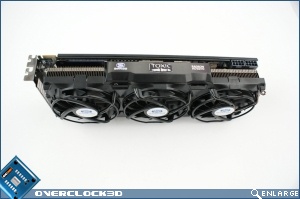 Of course if we have two GPUs then it's not a surprise to see two 8-pin PCIe power connectors on board.

From the side you can see the subtle Toxic branding on the visible edge of the card. Much like the box this is a product for those who don't want to shout about their performance. 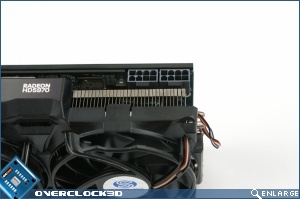 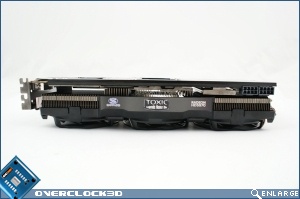 Heat-pipes aplenty on a full length heat-sink, coupled to three fans, ensure that the Toxic can definitely keep these highly-clocked GPUs under control. 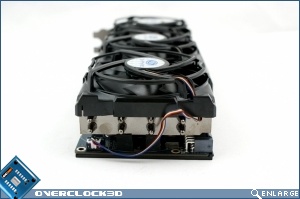 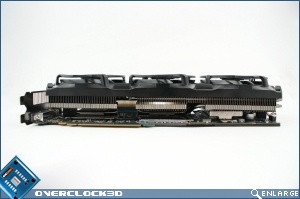 There is one more trick up the sleeve of the Sapphire 5970 Toxic. Unlike most non-reference boards this still utilises a reference design board so if you want to transition to water, or perhaps already have a loop, then you can take any 'off the shelf' water block and fit it straight to the Toxic. 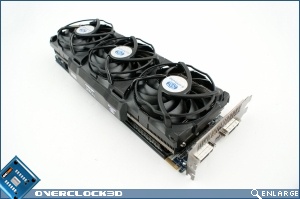 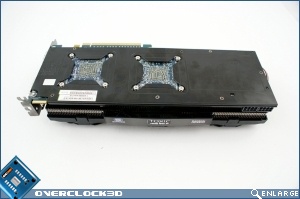