When it comes to GPUs Powercolor's Devil series are among the top tier, being built from the ground up with beefier power circuitry, higher stock clocks and even better cooling solutions when compared to reference designs.

The Devil name comes with it the promise of delivering a component which are better than your average gaming part, that is no less true than with Powercolor's R9 390X Devil, which features some of the highest GPU clocks we have  seen from an R9 390X and a cooler which should keep this GPU way below the temperature of other competing R9 390X GPUs.

Powercolor has told us that this GPU will be priced at £359.99, which is a great price for an R9 390X, especially since it is cooled by an AIO cooler GPU with such high clock speeds on both it's memory and the GPU core. 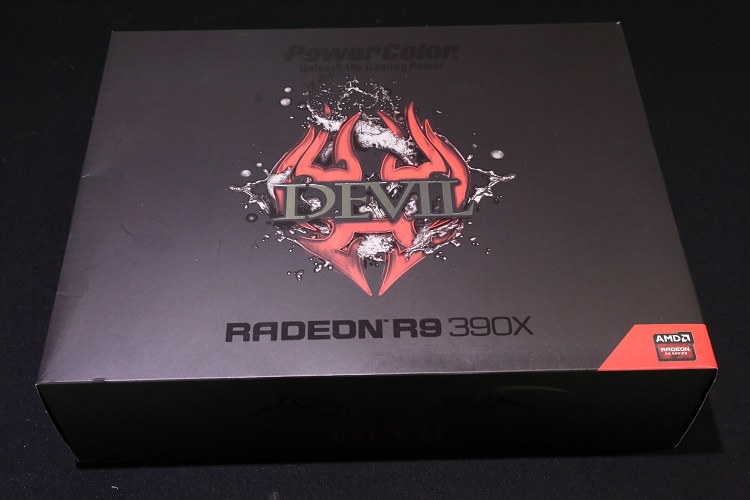 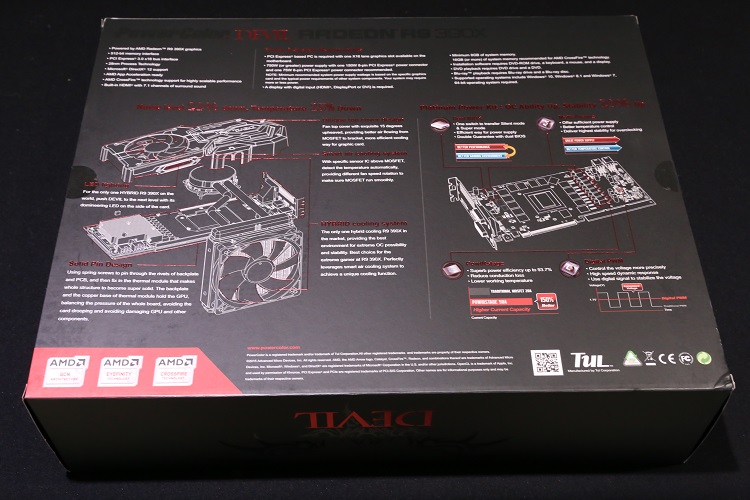 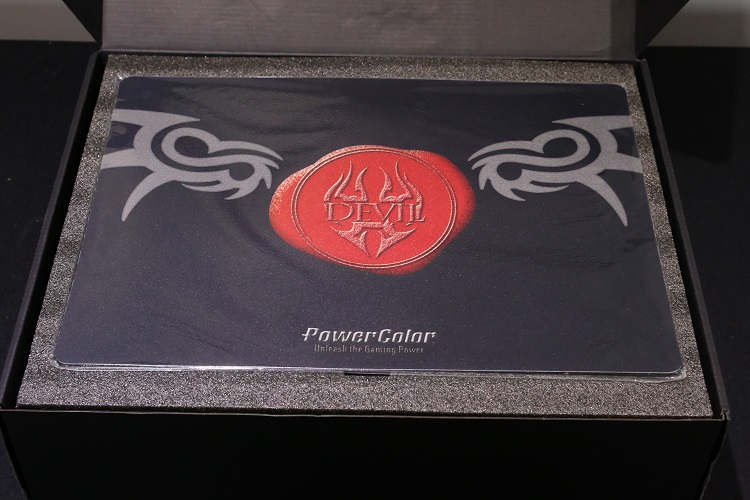 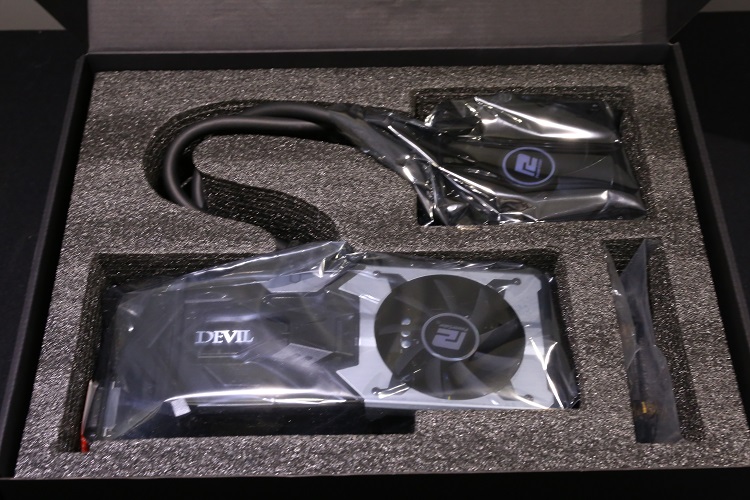 Inside the box we are first greeted with a Devil branded mouse mat, which is a nice little add-on for a GPU which isn't that much more costly than it's competitors. Underneath the mouse mat and a protective layer of soft foam we get to the GPU itself, it's pre-attached water cooling unit and two 120mm fans for the water cooling radiator.

From the outset we can see that this GPU takes the Devil brand in a new direction,  going for a black and silver aesthetic instead of the Devil Brands tradition black and red colour scheme. 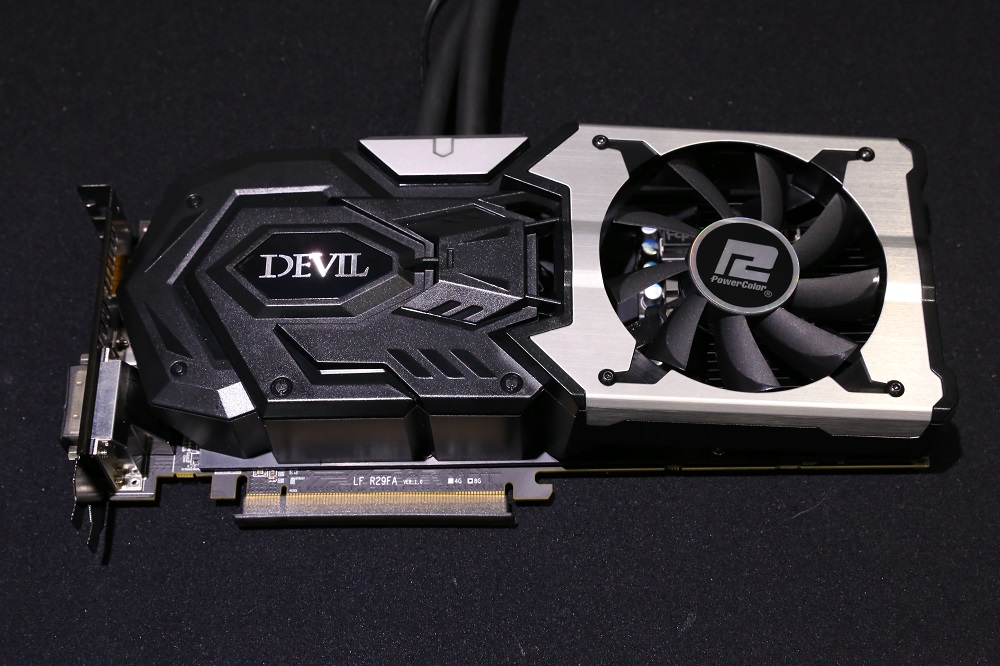 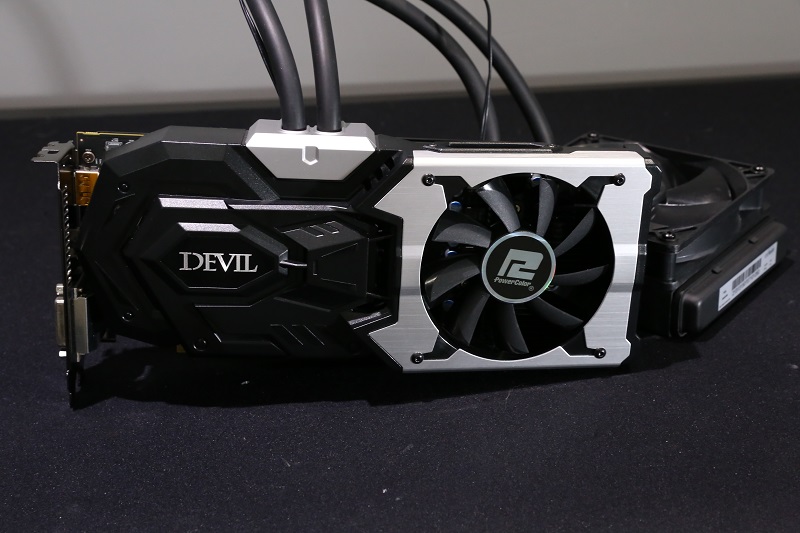 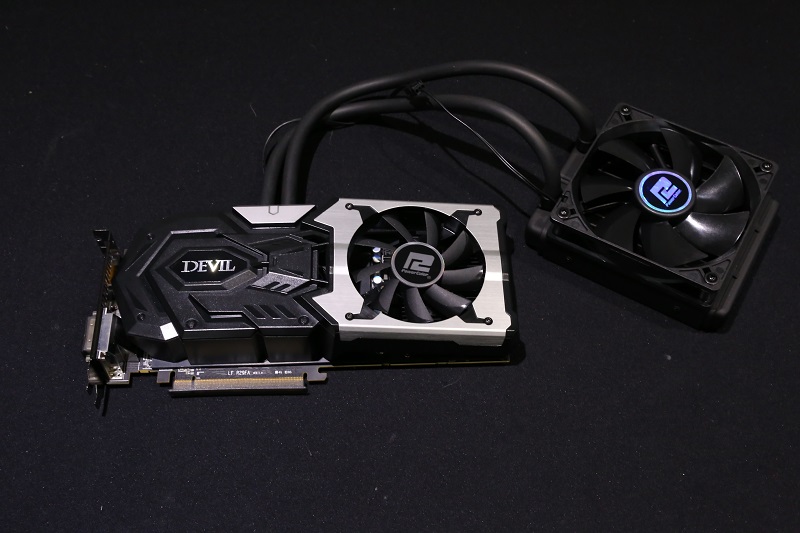 The specifications of Powercolor's R9 390X is no doubt highly impressive, with clock speeds of 1100MHz on the GPU core and 1525MHz on the GPU core. This is the highest clocks that we have seen on an R9 390X at stock, matching the Gold Award Winning R9 390X Gaming from MSI.

On top of this GPUs stock clock speeds this GPU is also equipped with a 6+1+1 phase power design and is cooled by an AIO watercooler, and a 92mm fan on the GPU for cooling, which should allow give us plenty of thermal headroom if we want to push the clock of this GPU even higher.

When combined with the amply 8GB memory pool that all AMD R9 390X GPUs have, this GPU should provide ample power for any of you 1080p gaming needs and present a great experience even if you decide to go higher.

Looking at the rear IO if the GPU see see all the standard connectors that we expect from a modern GPU, including a single HDMI connection, a DisplayPort connection and two dual link DVI-D connections. 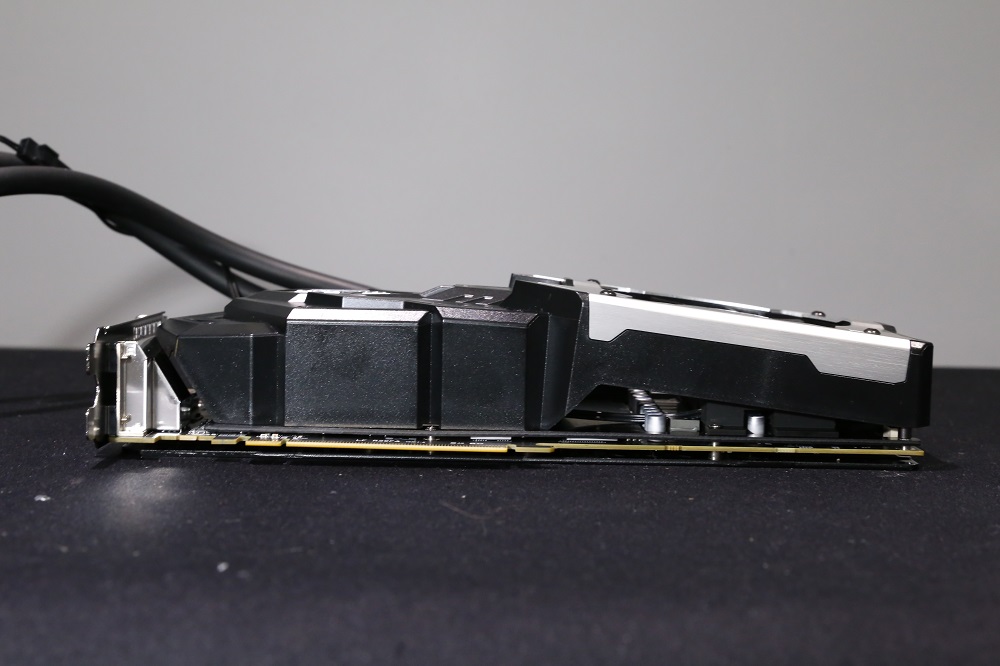 With very high stock clock speed and a powerful liquid cooler the Powercolor R9 390X is a GPU which is certain to impress. With a price tag of £359.99 it is simply a great competitor in today's market, offering cooler operation that other R9 390X GPUs and performance that is similar to Nvidia's more expensive GTX 980 GPUs.

We will be putting this interesting new GPU to the test soon enough, so you will know exactly how well this GPU performs and exactly how cool Powercolor's AIO makes this GPU.

You can join the discussion on Powercolor's R9 390X Devil on the OC3D Forums.

AlienALX
Ain't gonna lie I quite like Powercolor's Devil products. This one is no exception either, she's a demon !Quote

MadShadow
I think the plastic shroud looks really cheap and ugly. The backplate is nice, but the shroud just screams "made in China" to me. Not sure if it looks that bad in person, but thats the impression I got from the video.Quote

Contendo
Instead of Devil we should call this card Jekyll and Hyde or maybe Two-Face. Why couldn't they just keep the nice clean look of the air cooled half on the whole card.