When the first Game Rock appeared the logo was a fairly cool tongue-in-cheek aping of the famous Guitar Hero design. Almost as soon as Palit released it though the Guitar Hero range disappeared from the shelves and so it was left as something of an anachronism. Time has not been kind and we're unsure as to why Palit haven't at least used a more modern font to move away from something which is now passé and yet not old enough to be either kitsch or retro. 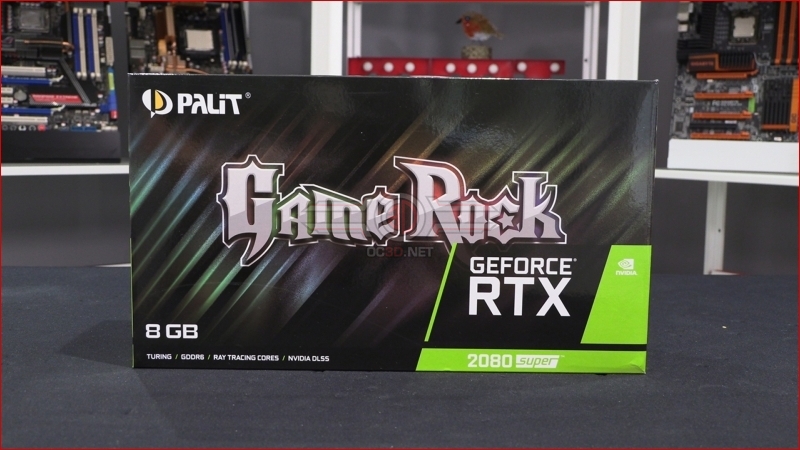 The front side combines a sturdy aesthetic which reminds us of a Michael Bay era Transformer. The RGB lighting is in the central Y span, with two wing fans either side providing the cooling to a positively massive heatsink. 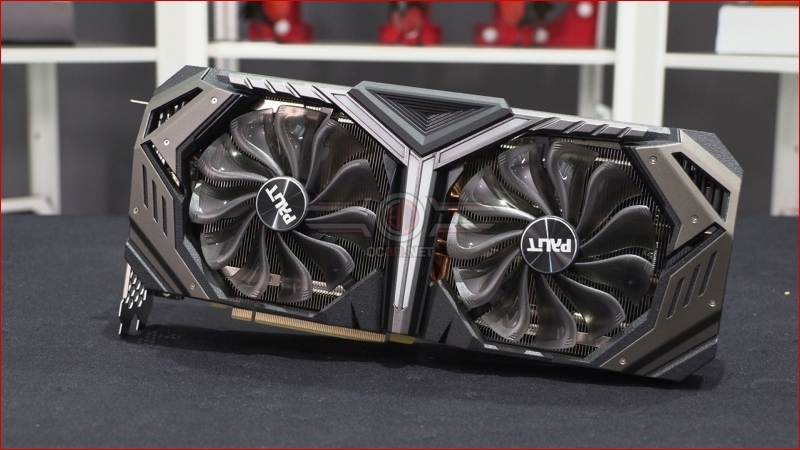 Given that the backplate is the part of the graphics card you can see the most the decision to use such a large rendering of the Game Rock logo is perhaps a little unwise. Naturally we all have different opinions but to us it's most definitely not cool. 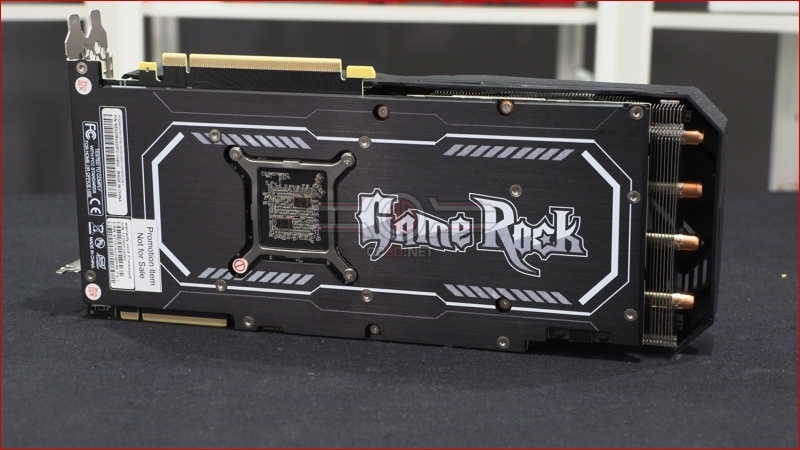 If the importance of a card can be measured in the density of its heatsink then the Game Rock is definitely on to a winner, with a seriously beefy fin density run through with some large heat pipes. Whatever you may think of the logo design, the heatsink and cooler itself is bang up to date and should comfortably keep the TU104 cool. 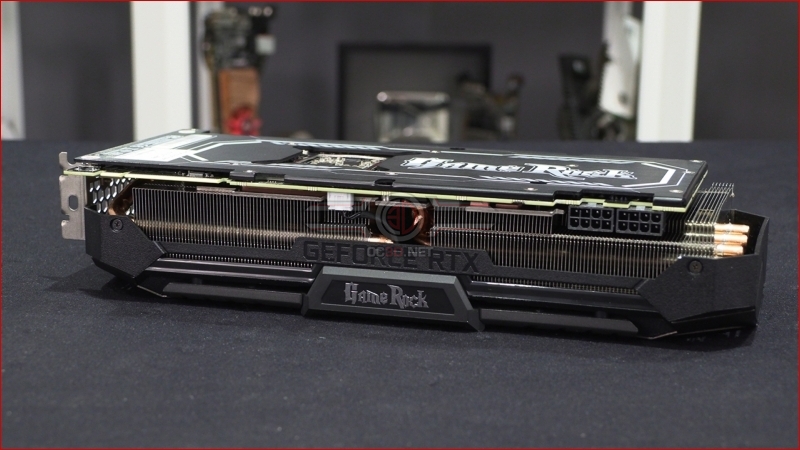 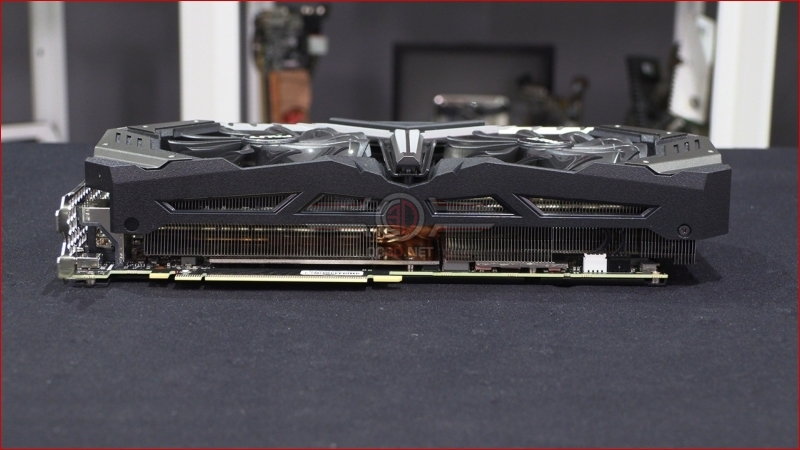 Power is supplied with twin 8 pin PCIe power connectors. You can also see how thick the Game Rock RTX 2080 Super is. We can't wait for our temperature tests. 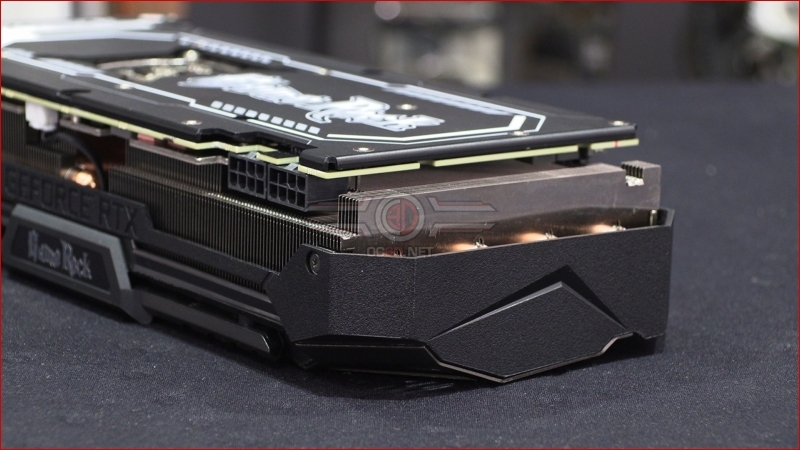 Display outputs are the regular Nvidia selection of three DisplayPorts and an HDMI alongside a USB Type-C for your VR headsets. 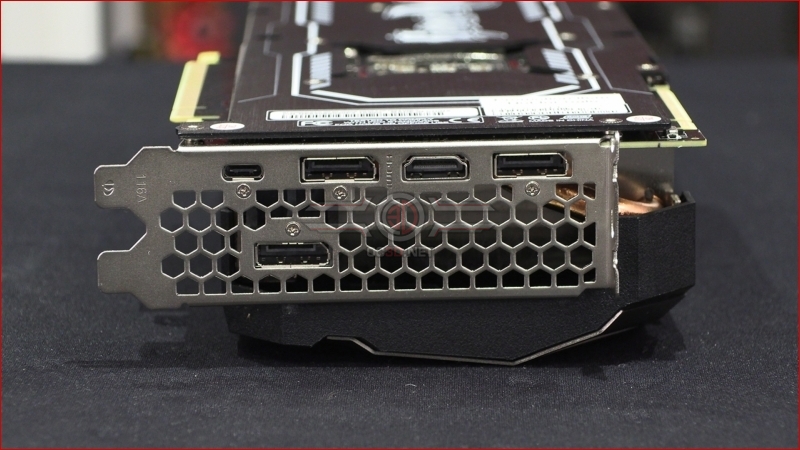