Palit are one of the many manufacturers that produce graphics cards, and with their GameRock range that we first saw with their GTX 1070 GameRock and today we get a chance to see how that design ethos translates to the GTX 1080 Ti.

Before we put it to the test we have to say that the scales are neatly balanced. We know that many of you when seeking a new graphics card for your eye candy delights will go for a model from one of the big manufacturers, and so Palit have something of a prejudice to overcome because people are so used to buying an ASUS, MSI or Gigabyte. However, hold your thoughts of skipping past the Palit GameRock review, because the GTX 1080 Ti is so good it is almost impossible to produce a bad one, thus this might be the perfect option for people who are either seeking something a little outside of the norm, or who just want a card that isn't yet another in the endless sea of black GPUs.

At the very least it is an interesting break from the usual, near interchangeable, graphics cards that pass through our offices so let's discover how it performs.

The GameRock is one of the 11G types of GTX 1080 Ti that rapidly appeared following its initial release and is now considered the weapon of choice for everyone who isn't investing in Titans. The Palit is equipped with three different modes which are, in increasing order of clock speed, Silence, Gaming and OC. There isn't massive amounts between them, only 100 MHz or so, but it could be just the difference needed to either perk up a particularly demanding title or otherwise reduce heat and power draws. 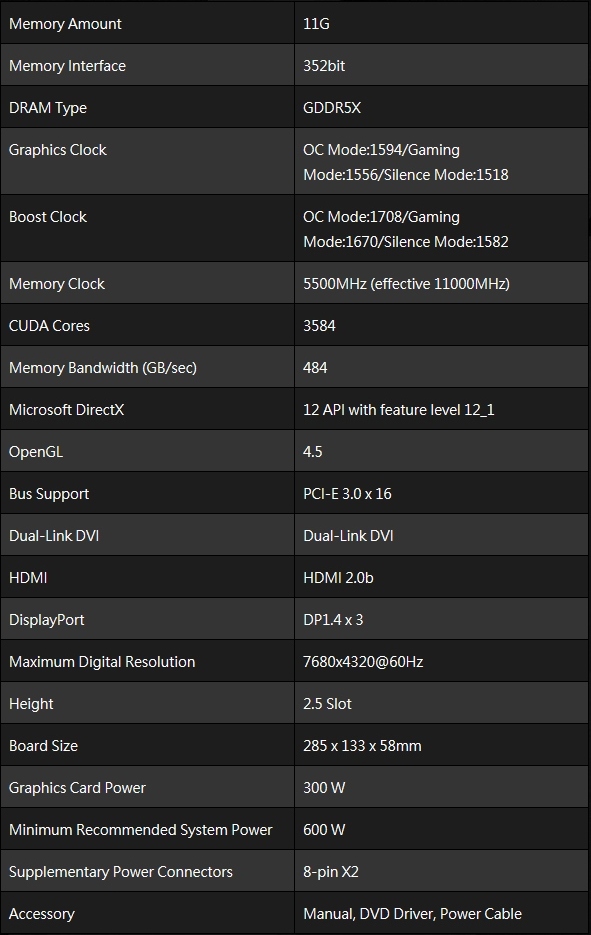