How to install mods for Fallout 4

Let's have a look at how to install Fallout 4 mods and have a look at what we think are the best game mods right now, so without further ado, let's get started.

How to install mods for Fallout 4

We will be installing mods using the Nexus Mod manager, the same program which is used by modders worldwide to use mods on games like Skyrim, Dragon Age, XCOM and many more titles.

Before we start modding, or even installing the Nexus mod manager, we have to make a few edits to some of the Fallout 4 ini files in order to allow out mods to work. sometimes these ini files will refresh and may need to be re-edited, so please remember this step.

How to enable modding

Installing the Nexus Mod manager is a very simply process, but thankfully a news writer for Nexus mods has already create a great guide showing how to install and use the program, which we have embedded below. Please follow this process carefully, as it will be showing you how you will install all your Fallout 4 mods.

Now that you know how to use the Nexus mod manager, let's have a look at our favourate mods which have came out for Fallout 4 so far. Remember that the game is only a few weeks old, so it is amazing that modders have already been able to improve the game so much. The Creation Kit for the game will be coming late this year or early next year, so the modding scene will no doubt continue to develop and become more complex in time. 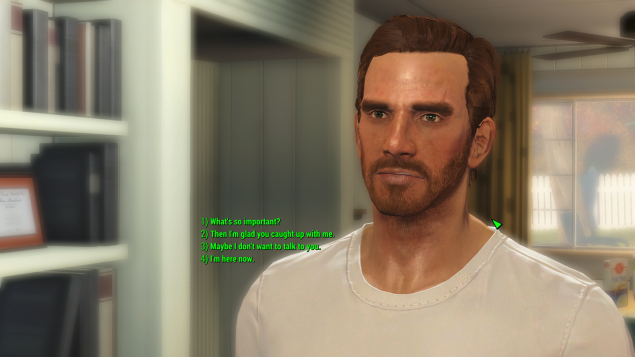 The first mod that we will be looking at is the Fallout 4 Full Dialogue Interface mod, which is a mod which we have already covered on this website. This mod shows you exactly what the player character will say when you take part in a conversation, instead of paraphrasing it, preventing the possibility of the conversation taking an entirely new turn when your player character says something that you didn't expect.

The conversations change to what you see below, which I see as a major improvement for the game, as it gives you the player much more control in the conversation and really helps to make you feel that you are the player character.

There is a Lite version and a full version of the mod, with the Lite mod just changing the text and the full mod changing the user interface for the conversation wheel.

This mod is currently available on the Fallout 4 Nexus. 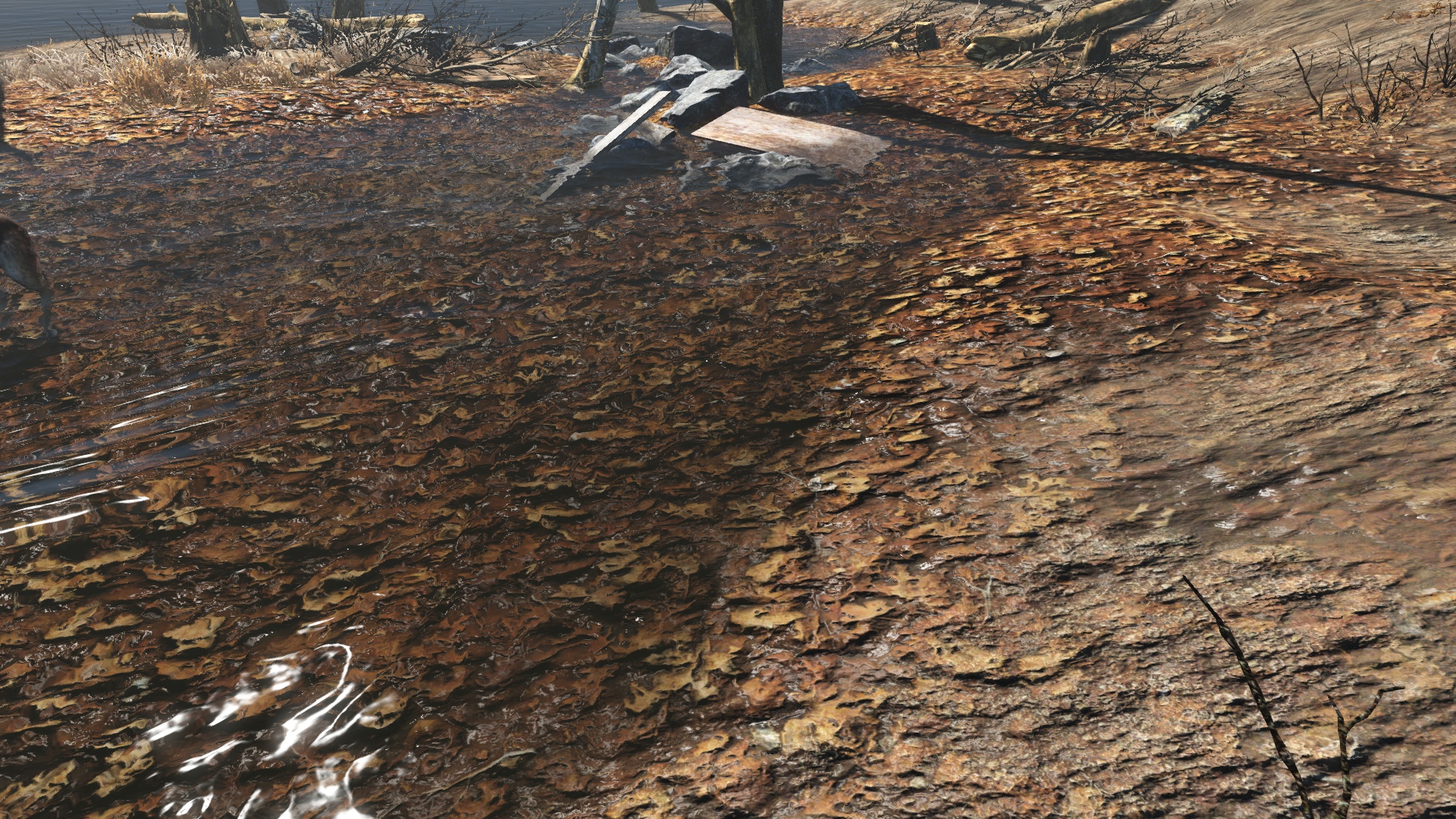 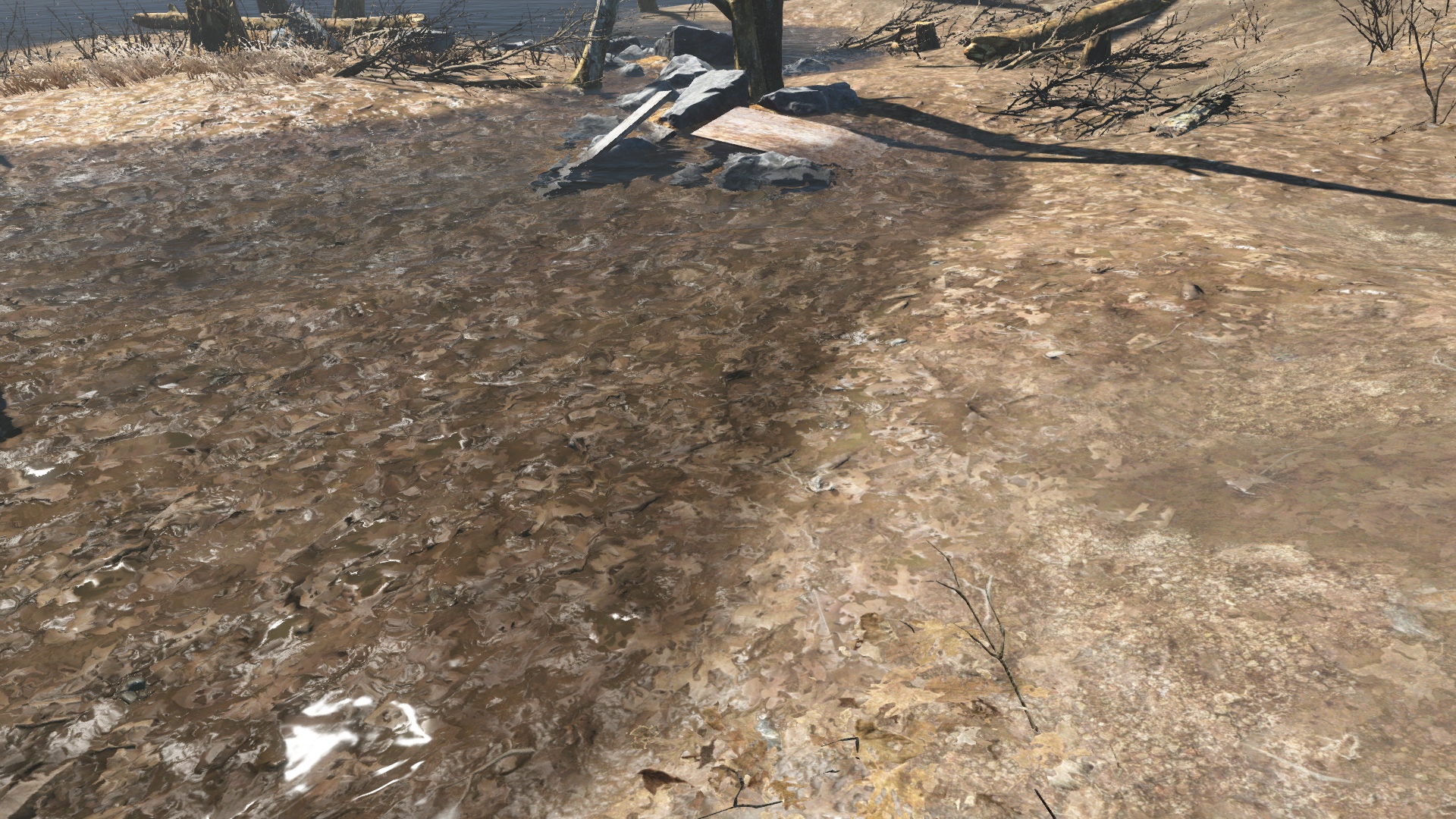 This mod changed a lot of the landscape textures in the game, which shockingly are reported to be less VRAM heavy than Fallout 4's stock textures, despite the fact that they are much more detailed.

The mod is available in 1K and 2K textures, so that players with large or small amounts of VRAM available or with lower performning systems.

The modder wants to redo all of Fallout 4's landscape textures, but this is a ongoing progress, so not all the games textures have been worked on yet.

The Fallout 4 Configuration tool is easily one of the most popular mods that are currently available, offering a much wider variety of user configurable settings than the base game and allows you to configure several options that are typically only available through a lengthy .ini hack. 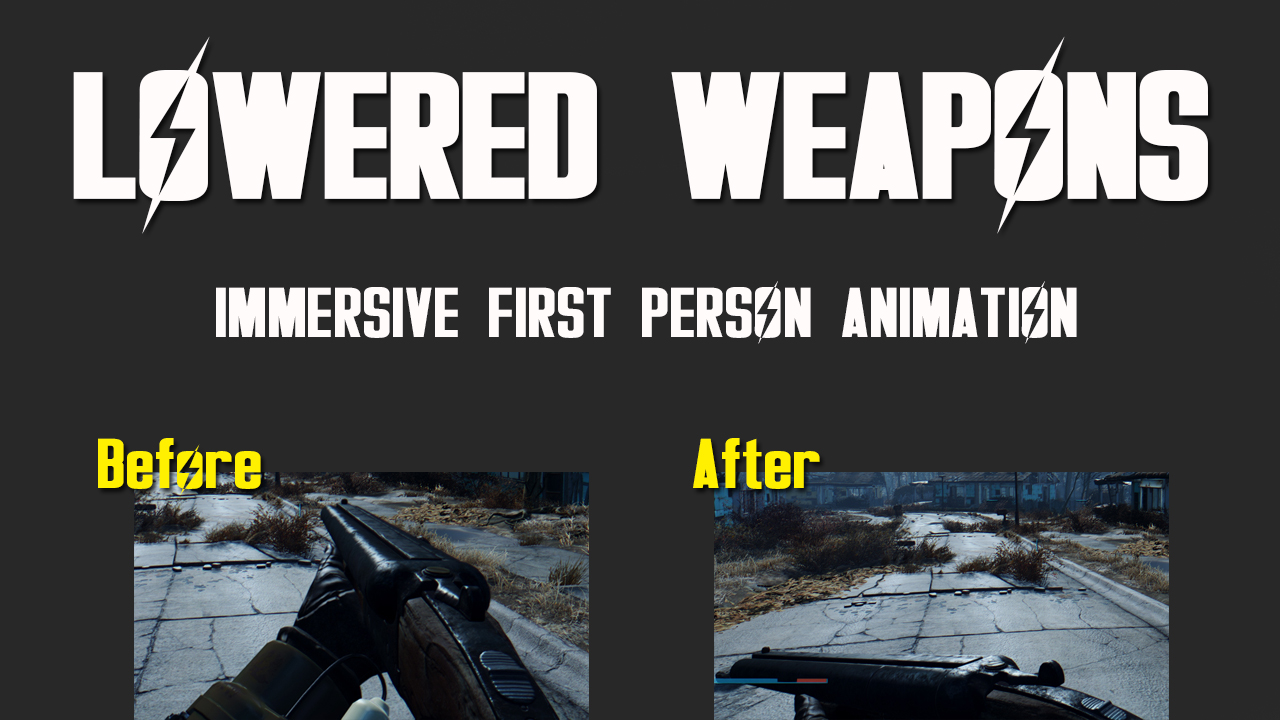 Do you hate how your character is always pointing his gun forward almost 100% of the time in First Person? Personally I don't think that it is very immersive. Now with the help of this mod your character will have their guns downed when not firing, meaning that the massive gun model will no longer be taking up almost all of your screen. 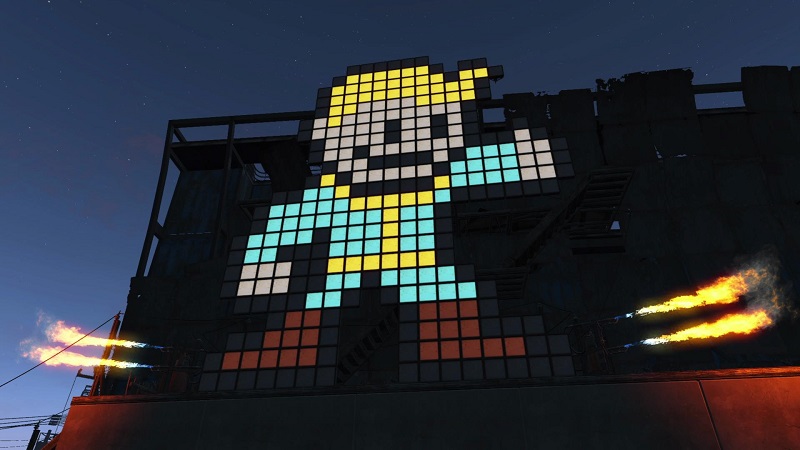 This mod is designed to allow PC gamers to use an unlimited number of objects in a single settlement, allowing players to design a settlement without restrictions.

This overrides the object limit that Bethesda has built into the game, so if you have more objects that your hardware can handle you will suffer from framerate dips. 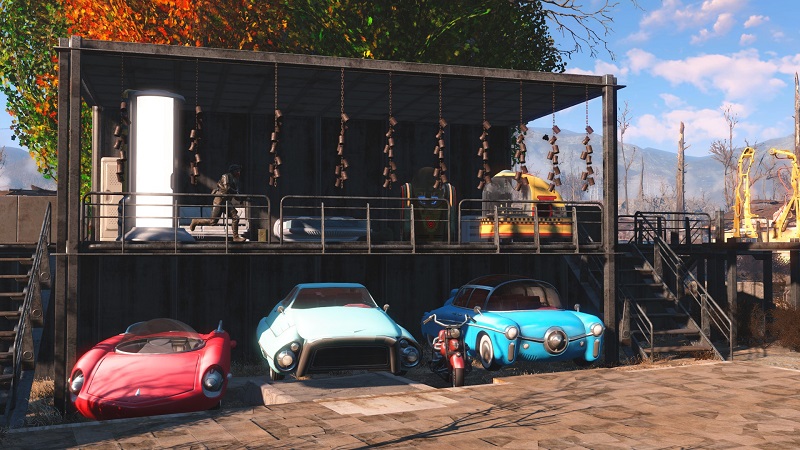 A lot of gamers have been very disappointed in the amount of things that can be built in the games settlement, limiting what kind of settlements can be built and preventing players from creating something that is truly unique.

Right now this mod add more than 400 new items which can be built in settlements. Below is a list of what has been added to the settlements, which ranges from usable bunk beds and double beds to cars and item containers.

In time more objects will be added to the mod, but right now version 1.8 of this mod is available to download on the Fallout 4 Nexus. 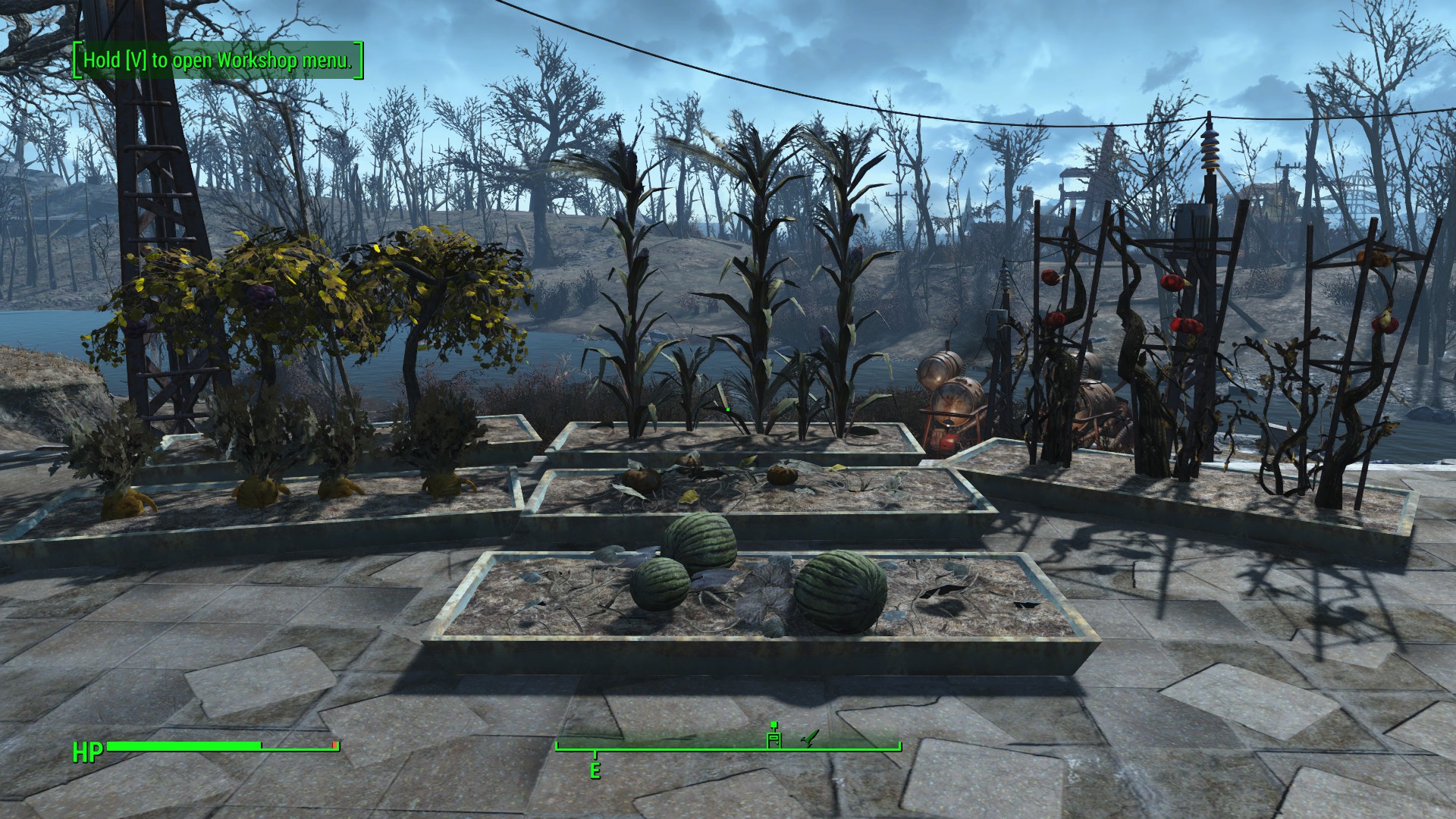 Ever seen those food planters in Graygarden and wanted to build something similar to them? Now with the aid of mods you can build them in your own settlements.
This means you don't even need to plant your crops on patches of dirt in order to grow food inside your settlement, which makes things much easier to organize. This mod is currently a work in progress, so the harvest amount is currently incorrect and it will soon require fertilizer as a requirement for balance. 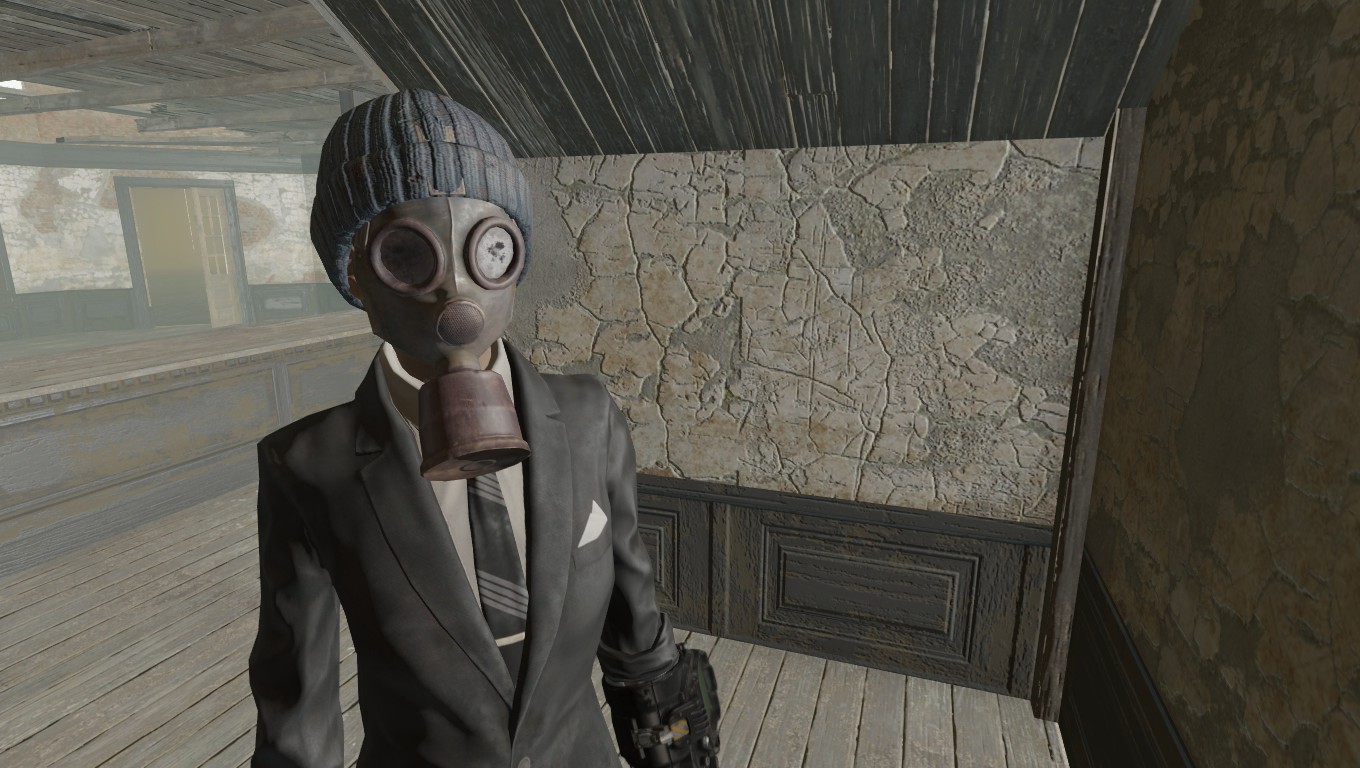 When playing Fallout 4 I was often annoyed that certain outfits would fill up all my armour slots, which means that a lot of the clothing in the game is simply not viable to wear. I for one would love to wear a 3 piece suit and place my armour on top of it, and now I can with this mod.

This mod allows players to wear 5 pieces of armour with anything that would usually take up all 5 armour slots, allowing you to wear suits, dresses and many other items of clothing with armour. This does result in some clipping issues as these items are never intended to be worn together, but it gives you plenty of extra options when dressing your character.

This mod is available on the Fallout 4 Nexus.

All the mods we have listed here are fairly basic, but this is simply because we we know that not many people have finished the main quest line yet, so these mods will do very little to impact that, by making your character overpowered or by changing the game mechanics much. As the modding scene develops for Fallout 4 we will be looking at more mods, so you will be seeing more of the best Fallout 4 and other game mods on the site.

You can join the discussion on the best Fallout 4 mods on the OC3D Forums.

Let's find out how to install Fallout 4 mods and what are the best mods right now. https://t.co/beujnjQWSL pic.twitter.com/Y13GlR0V32

RandomBadger
I'm gonna give these a go later

WYP
I have updated the mod with a few new modsQuote

NeverBackDown
Modders sure are quick! Wonder what they will do when they get the actual kit.Quote
Reply