In its original incarnations, DLSS was somewhat of a disappointment. The promised performance gains were there, but DLSS' early implementations failed to deliver the image quality gains that were initially promised. Only games with blurry forms of TAA tended to have tangible image quality gains, which was great news for Final Fantasy XV players. Thankfully, things changed with DLSS 2.0.

The only problem with DLSS in its new 2.0 form is that relatively few games currently support it. There is only a certain amount of Control, Death Stranding and Wolfenstein: Youngblood that gamers can be expected to play. That said, given the technology's benefits, we can see a lot of game developers supporting the feature. DLSS is now Nvidia's killer feature, more so than just ray tracing.

Delivering higher IQ and higher FPS is pure witchcraft. Make sure your local pitchfork and torch-wielding villagers aren't preparing to capture Nvidia engineers, as this level of techno-heresy will surely have them burnt at the stake. 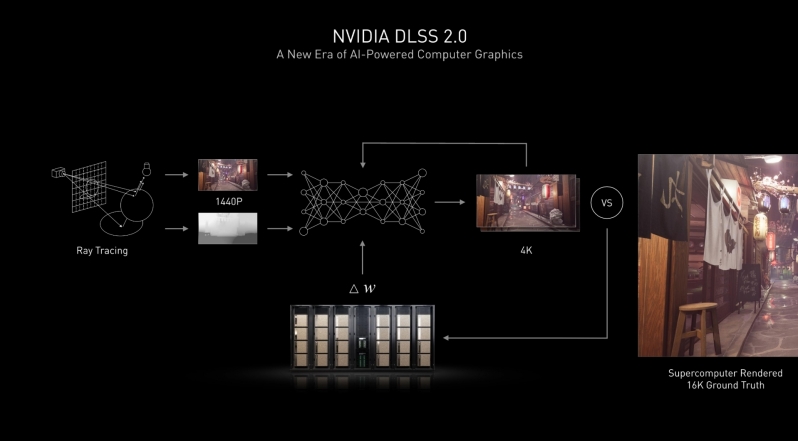 Improvements in image quality though DLSS can be situational, varying on a scene-by-scene basis depending on what's on-screen. In the case of Mechwarrior 5: Mercenaries, the game's default TAA is on the blurry side, allowing DLSS to deliver a significant leap in image quality by offering strong anti-aliasing while maintaining a much sharper final image.

The image below is taking using the game's DLSS Quality Mode. DLSS' Balanced and Performance modes are also available, though these modes will introduce small downgrades in image quality to produce higher framerates.

You can read more about DLSS' impact on Mechwarrior 5: Mercenaries in our analysis here.

In Control, DLSS can successfully add detail to final images while also delivering gamers significant performance increases. Later in this review, you will see how DLSS impacts Control's performance on PC, making it a must-use feature for Geforce RTX users who play the game at 1440p or higher resolutions.

With Control, enhancements to graphical quality are marginal, but noticeable during gameplay, especially at 4K. Add in DLSS' performance benefits, and the feature becomes a Win-Win for PC gamers.

You can look at our full analysis of Control's DLSS 2.0 implementation here.

The image below is a prime example of this, where the TAA ghosting of some areas of the image disappears with DLSS. DLSS also works to fill in additional details to make the below character's (Fragile's) eyelashes appear fuller and more detailed. Add in the performance boost offered by DLSS, and DLSS' Quality Mode is a must-use feature for Geforce RTX users.

In other areas of Death Stranding, the visual gains offered by DLSS are a lot more marginal. That said, the performance gains provided by DLSS' Quality Mode alone are more than enough to make this another win for DLSS.

You can read our full DLSS analysis of Death Stranding here.

The upgrade from GDDR6 to GDDR6X probably won't grab as many headlines and Nvidia's other RTX 30 series upgrades, but it's always worth remembering that graphics cards require a lot of memory bandwidth to keep their processing cores fed. When it comes to memory access and throughput, the picoseconds (trillionths of a second) quickly add up, making any upgrades to memory performance a welcome one, especially as more and more gamers target 4K resolutions. 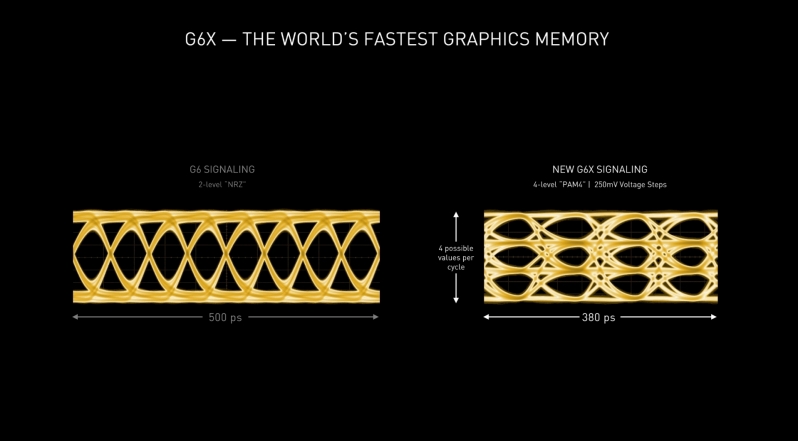 Further adventures of Nvidia wizardry comes in the form of RTX IO. A subsystem that entirely bypasses the CPU and DDR4 using a 48th of the CPU cycles to achieve the same performance. Or at least that's what we glean from this pair of slides.

Using Microsoft's DirectStorage API and some of Nvidia's custom additions, game developers can feed GPU memory directly from your SSD. The use of this API will enable faster loading times and free up CPU cycles for other tasks. This alteration will eventually lead to shorter loading times and decreased CPU utilisation. This change should make future games much more efficient, though it is worth remembering that Microsoft's DirectStorage API won't be coming to PC until 2021. 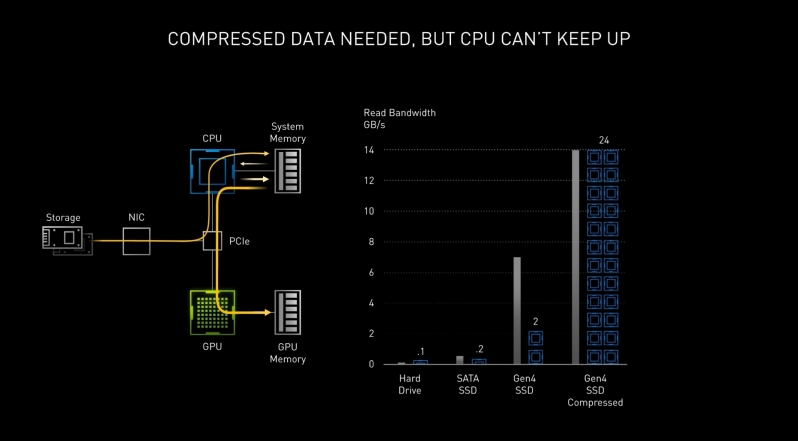 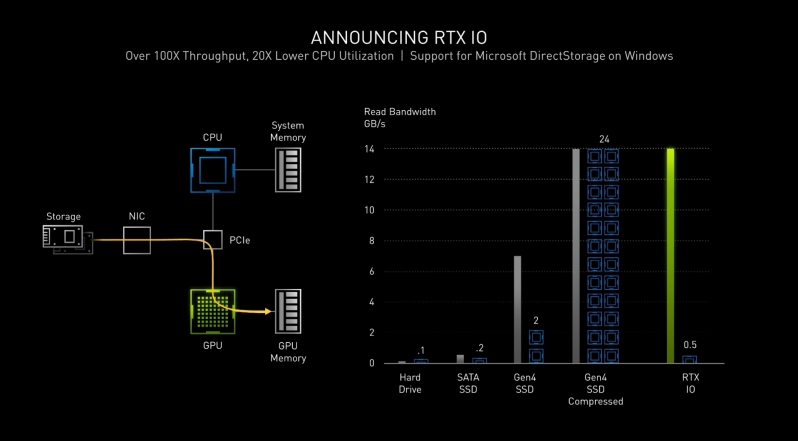 The keen eyed amongst you will have spotted in the glimpses of the card we've shown you so far that the FE RTX 3080 has a wholly new cooler design. No longer do we have to tolerate a blower fan, no more enduring all the heat being dumped onto your CPU cooler, instead the new Founders Edition cooler uses a free flowing main fan for rapid cooling, whilst the majority of the heat is dumped out of the back of your card rather than just hoping your CPU cooler can deal with it. Those vents on the back of your card finally mean something. Hooray. 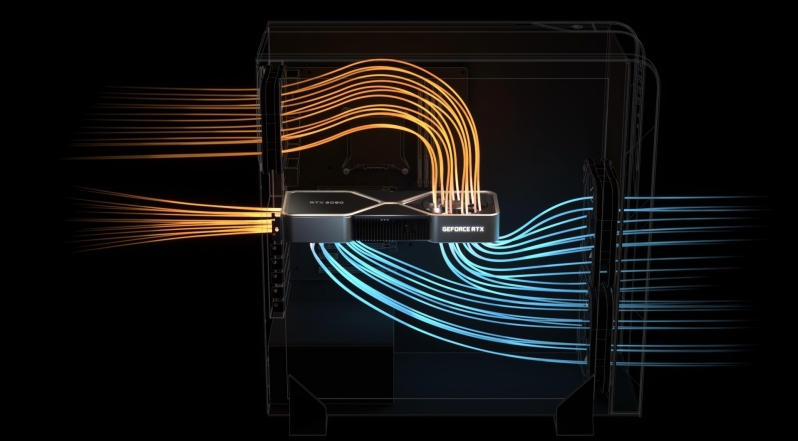 For those of you who like a little teaser of a performance graph here is the comparison between the RTX 2080 Super and RTX 3080 FE. As we'll soon see Nvidia are underselling it by merely comparing to the Super. This thing eats a Ti too.