Strictly speaking the first one isn't a feature, rather a flex. Three sites chosen by Nvidia to demonstrate their prowess and we were one of them, along with two behemoths. We were incredibly grateful and humbled to have been chosen. 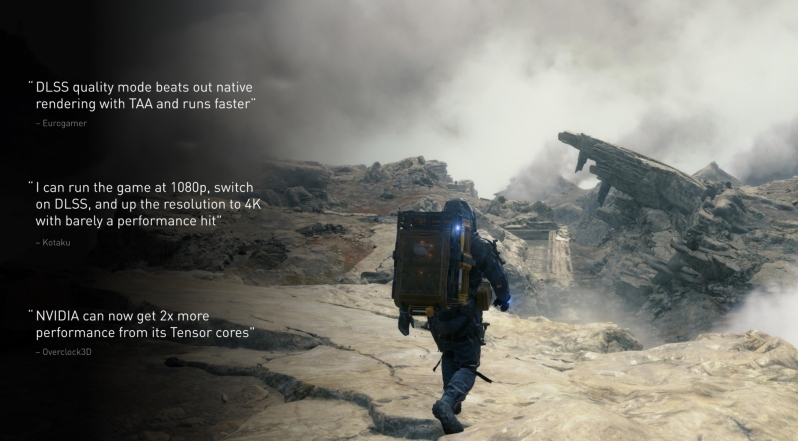 We've been in the hardware game too long to place much stock in figures used by a manufacturer in a Powerpoint presentation, but it's almost impossible to come away from the following two slides anything but impressed. Even if we assume Nvidia are exaggerating then the Ampere RTX 3080 FE should comfortably best the original Turing cards. Spoiler alert, we've seen the results and it does. 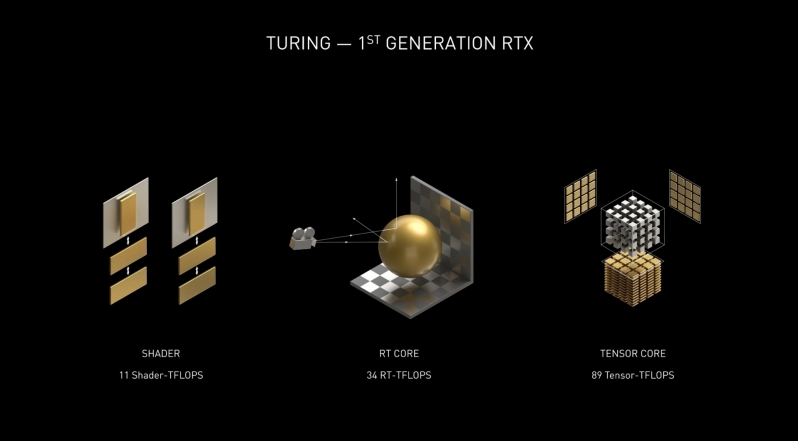 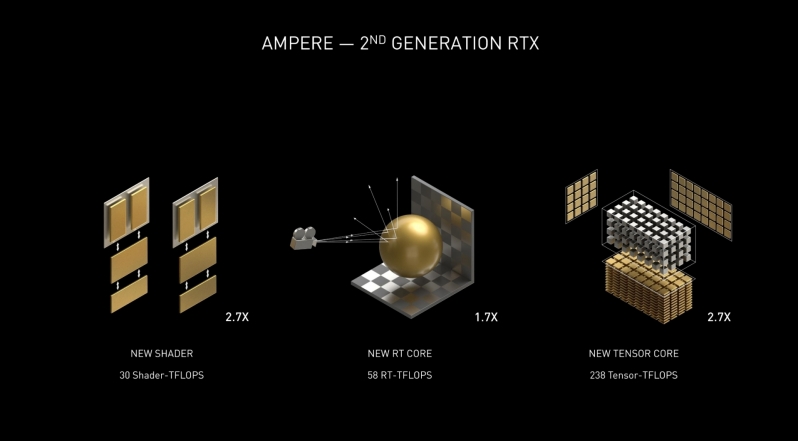 This is an interesting demonstration of the potential all the technologies stuffed onto the Ampere GPU can bring to the table. Without them it takes 51ms to render a frame, by using them all in parallel calculations it takes 12ms. We don't need to tell you that the faster it can render a frame, the higher your frame rate will be, but it also brings other benefits that let less taxing games run at enormous frame rates on high refresh rate monitors. And this is based upon a Turing GPU, which isn't as powerful as the Ampere architecture. So before you keyboard warriors get sniffy about the real world benefits of Tensor or RT cores, know there are plenty of them. 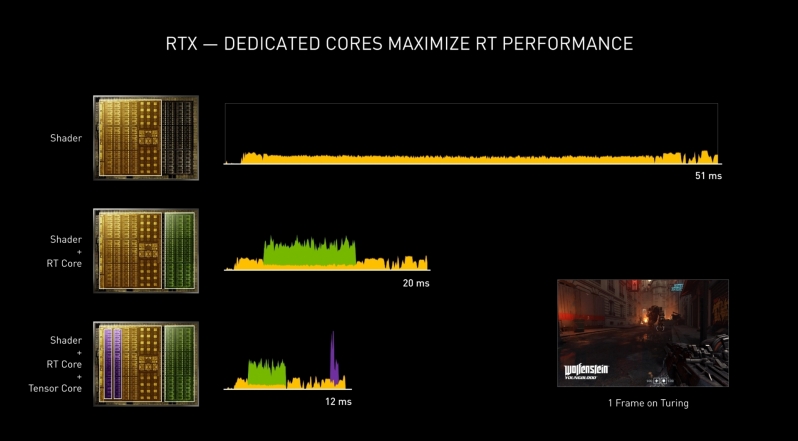 Graphs are all well and good, but sometimes you want an image to really bring home the bacon. We'll have a couple on the next page too but for now look at the resolution and FPS of the top image, compared to the bottom one. One looks CGI, one could be mistaken for reality. 4 times the resolution and still does 5 FPS more. 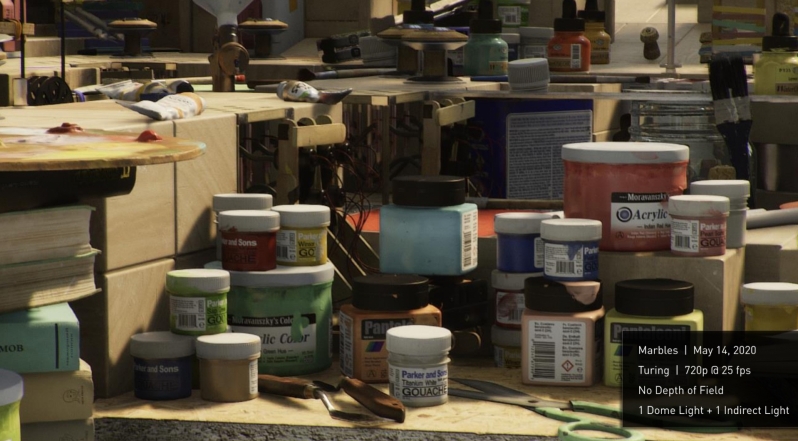 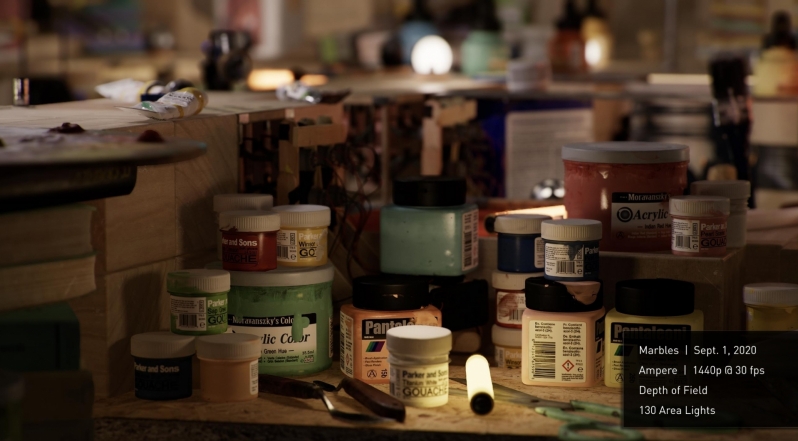 For those of you who love those die shots this should tick all your lust boxes. 8n process, 28 billion transistors. To put that in perspective the CPU in our new GPU test rig is the Ryzen 9 3950X, a 16 core behemoth, and that has under 10 billion transistors on the die. Yeah. 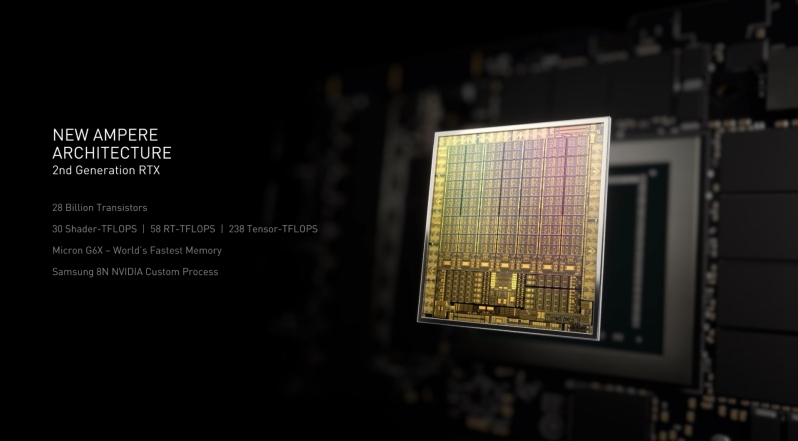 Performance per Watt is one of those strange pieces of information. We understand, as people who want the planet to survive, the importance of energy efficiency in all things. But we also know, as hardware folks, that everyone wants the maximum performance and any savings in energy will only be used to make more performance. 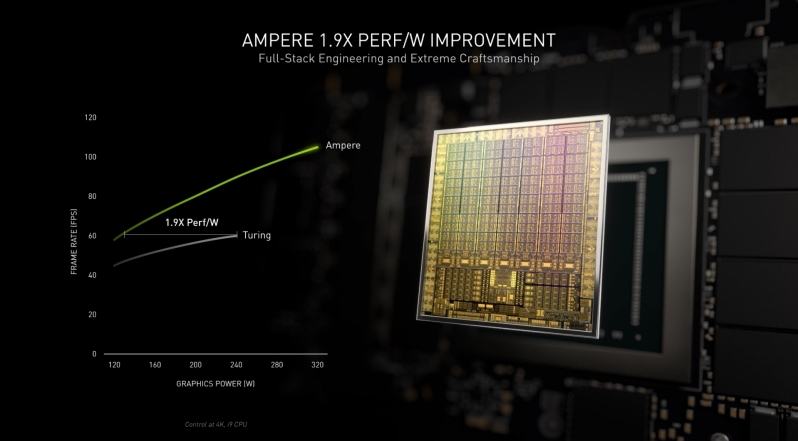