The RTX 2080 Super continues to utilise the latest generation of Nvidia 'stock' coolers, combining plentiful heat sink fin density and twin fans alongside an attractive silver shroud. Given the poor performance from the blower style of cooler this adjustment was something we were hugely pleased to see when it first appeared and time hasn't diminished its impressiveness. Although we, and we suspect Nvidia themselves, realise that most people choose to purchase a vendor card instead it's nice to know that if you are impatient and do want to own a card that has come straight from the manufacturer that you aren't negatively impacting your performance potential. 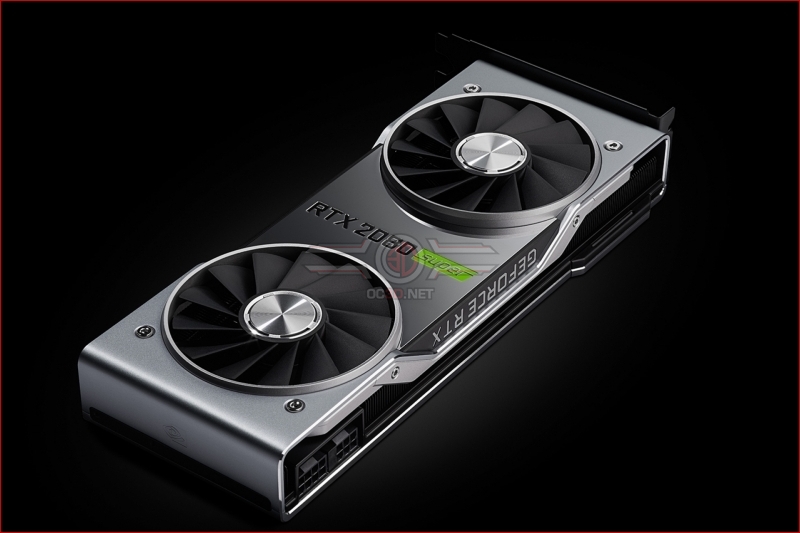 The Super cards are identified by the obvious Super branding upon them, but also by the mirror effect on the model name. The RTX 2080 Super has a 8+6 pin PCIe power input and all the outputs that we've come to expect on modern cards with their DisplayPort and HDMI leanings. It's a very attractive card and one of the biggest steps ahead of their Radeon rivals that Nvidia offers in performance ability. 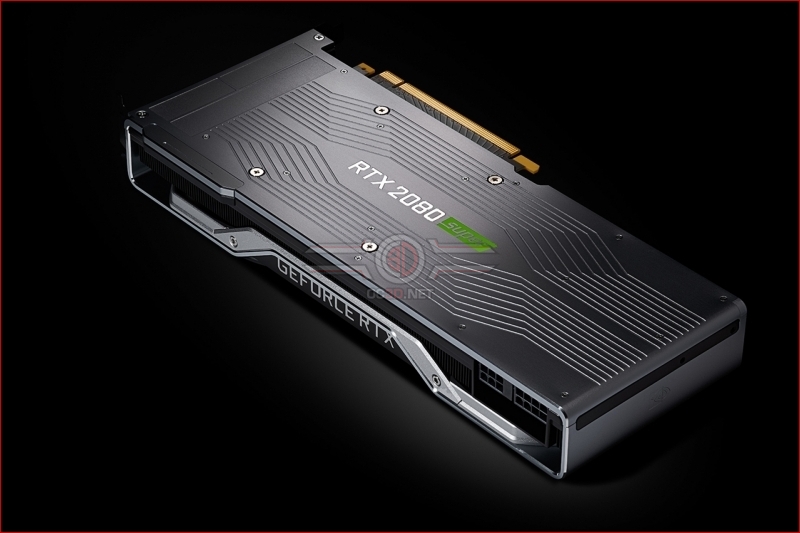 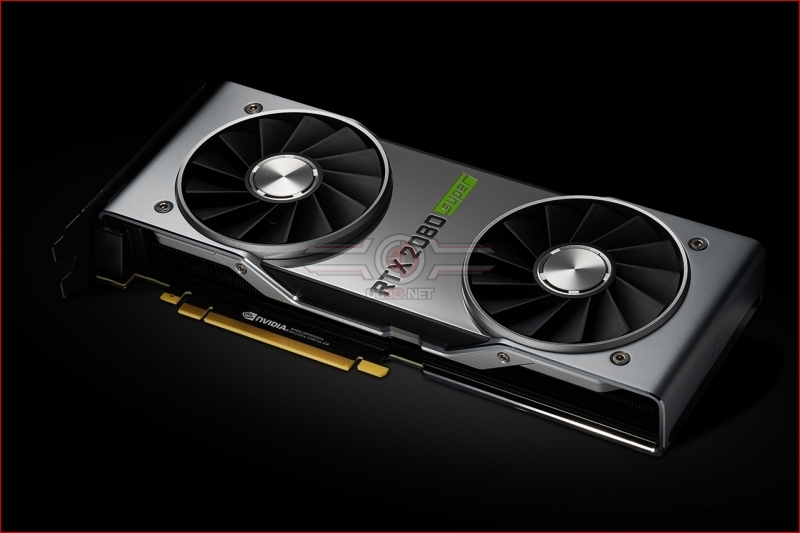