Both cards look very similar in the flesh, so we'll try and give you a few different angles of both cards so that you can see them together without too much duplication.

Yes we've finally dispensed with the wheezy blower at one end of the card and instead have two full size fans keeping the guts of the card cool. The use of reflective name plates also lets the card look just as good when it's off as it does when it's on. It might seem a little bland here, just silver and black, but there is an understated subtlety to it which is very pleasing and really comes alive when it's powered up, as we'll see on the next page. 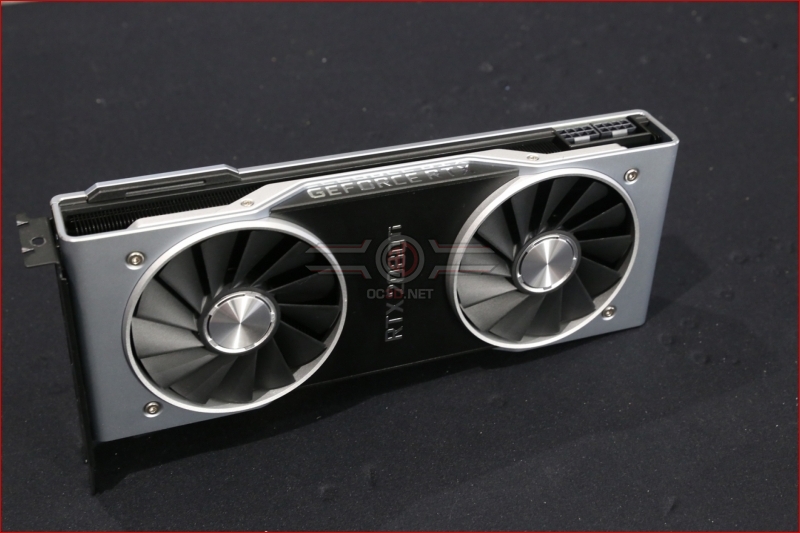 It's fair to say that the cooler shroud looks good from every angle. The combination of light silver with black accents is really aesthetically pleasing. 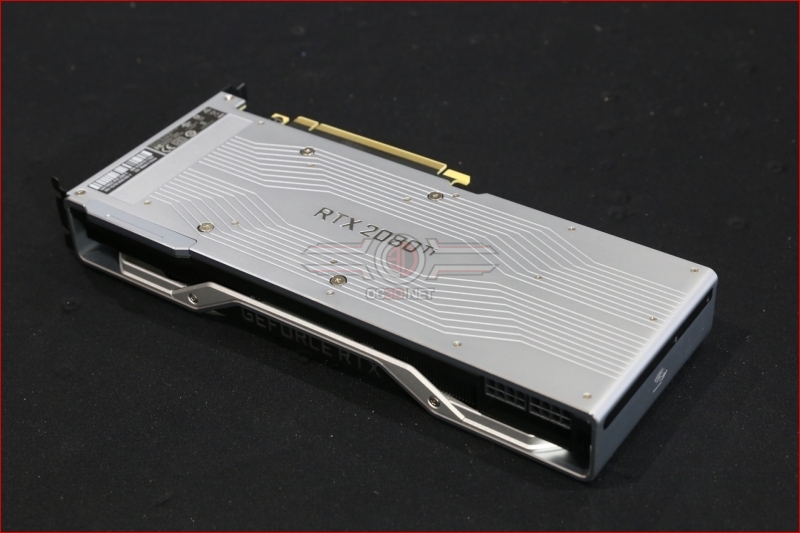 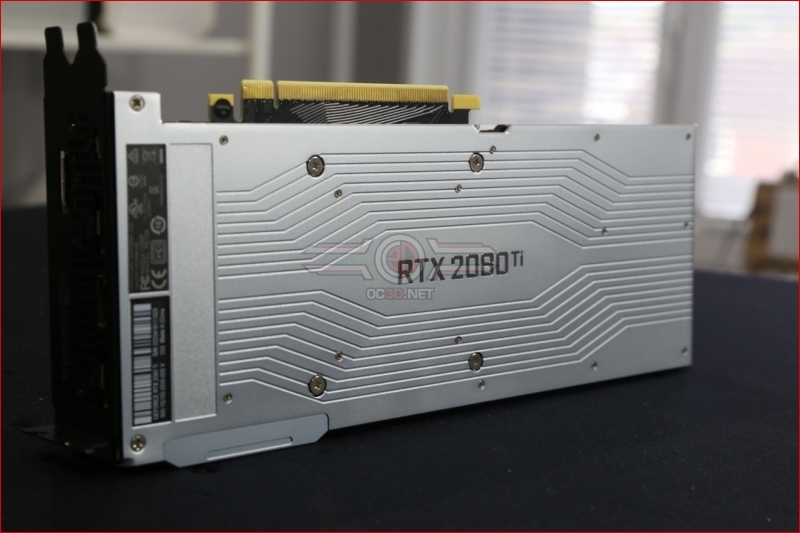 With Tensor Cores, RT Cores and staggering amounts of CUDA Cores to keep powered it is no surprise that the RTX 2080Ti comes equipped with 8+8 pin PCIe power inputs. 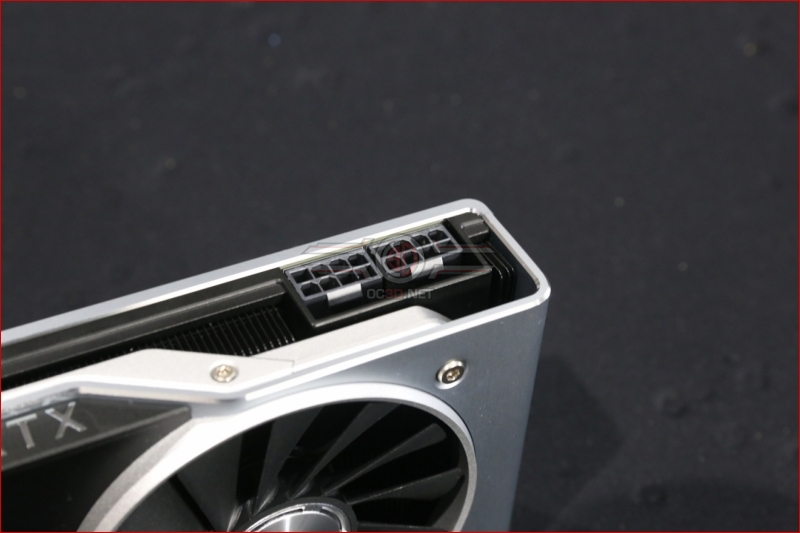 Having big fans and vapour chambers is all well and good but you need a high fin density to make the most of those elements. Thankfully the nVidia R&D team have pulled out all the stops and produced something which will definitely keep your card cool as we'll see in our testing on subsequent pages. 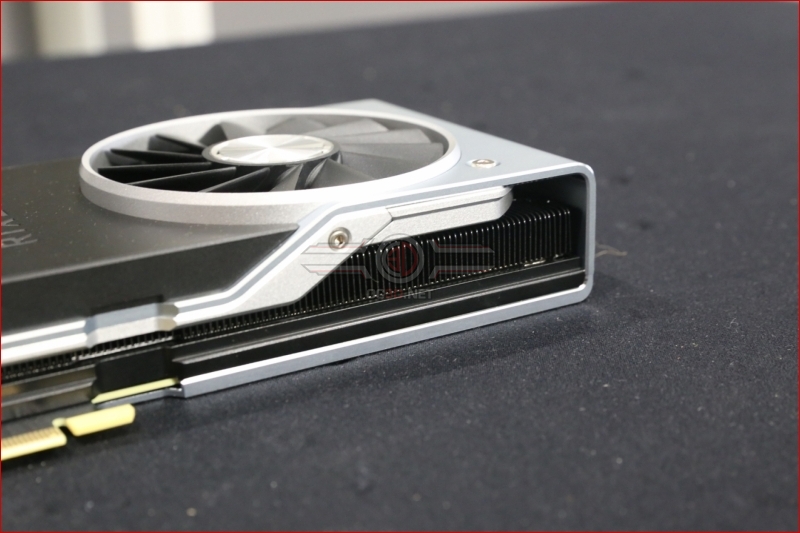 Just like the RTX 2080Ti the new cooler looks just as lovely on the RTX 2080. The combination of silver and black is perfect for our modern RGB systems and will let it blend into any setup you fancy. 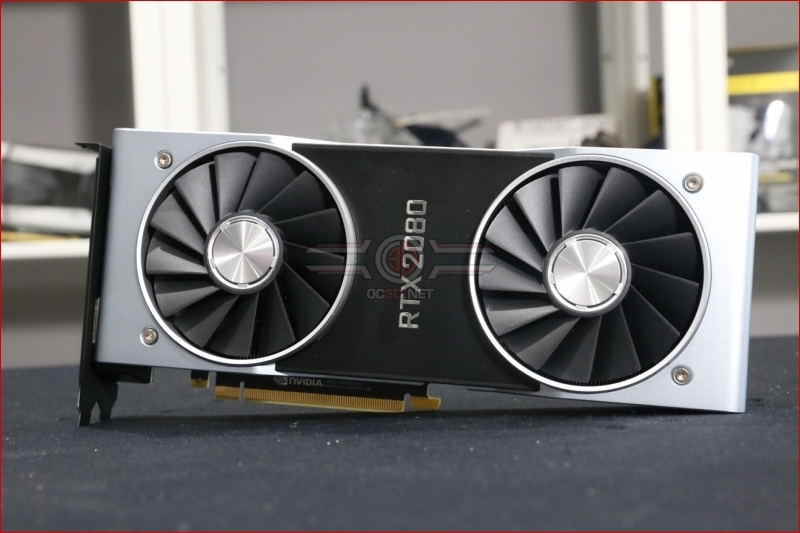 Given that the backplate is the part of the card you see the most - unless your tower is on a high shelf of course - it's nice to see that backplates have become a staple of high end cards, and the RTX range really looks the business with a brushed finish but enough chrome on the model number to reflect the RGB lighting in your system, as we'll see on the next page. 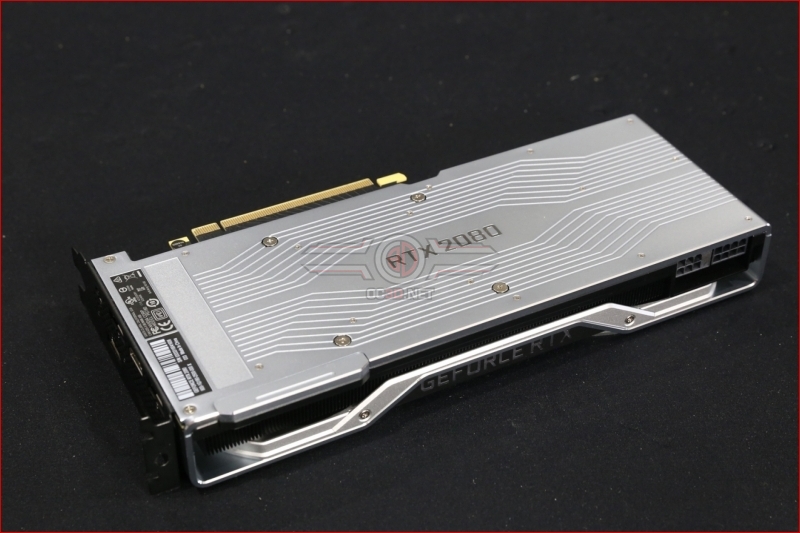 After years of putting a blower at one end of the card it's so lovely to see two big fans on the RTX cards. We really like the reflective model number in the middle of a sea of black too. 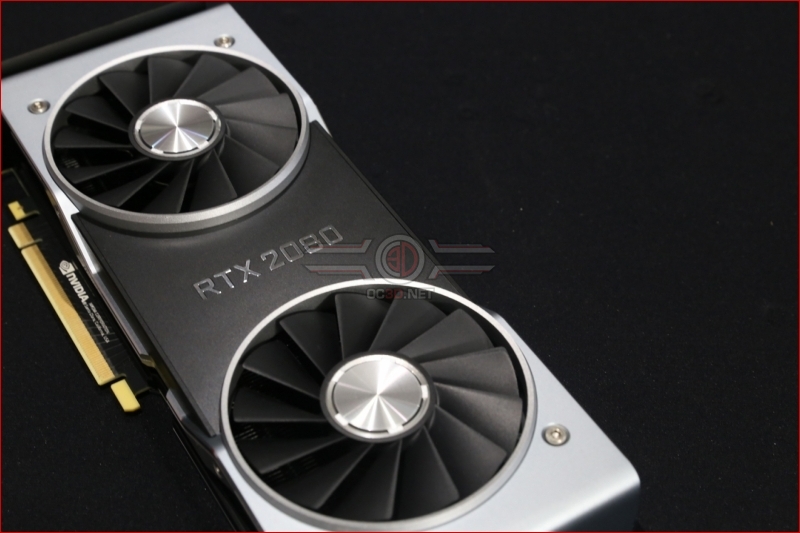 The RTX 2080Ti utilises 8+8 power but the slightly lower specced RTX 2080 has a more usual 8+6 setup. You can also see how finely tooled the surround is. Very sleek. 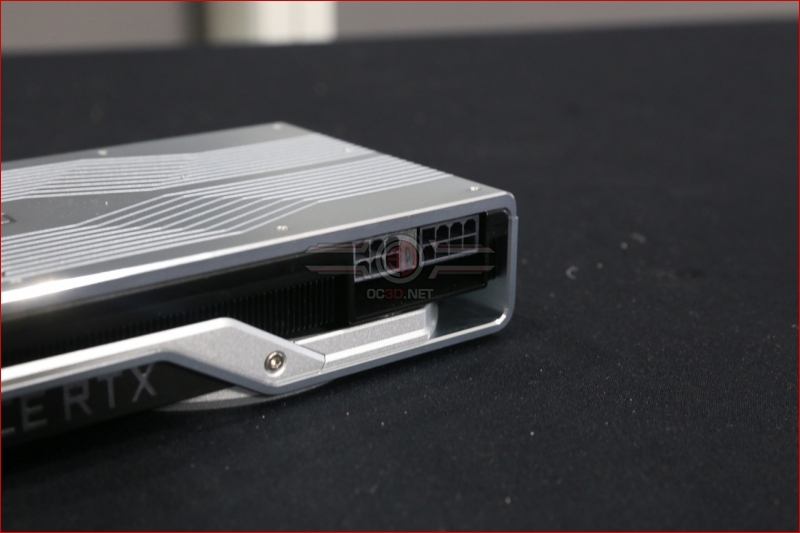 nVidia have dispensed with the DVI-D adaptor fully on the RTX 20 series, and instead we have three DisplayPort 1.4a ports, an HDMI 2.0b and a USB Type-C. The HDMI supports 4K @ 60Hz whilst the DisplayPort can handle 8K @ 60Hz. Proof, if proof were needed, that high resolution is the future of displays, rather than the gimmickry of 3D and similar technologies. 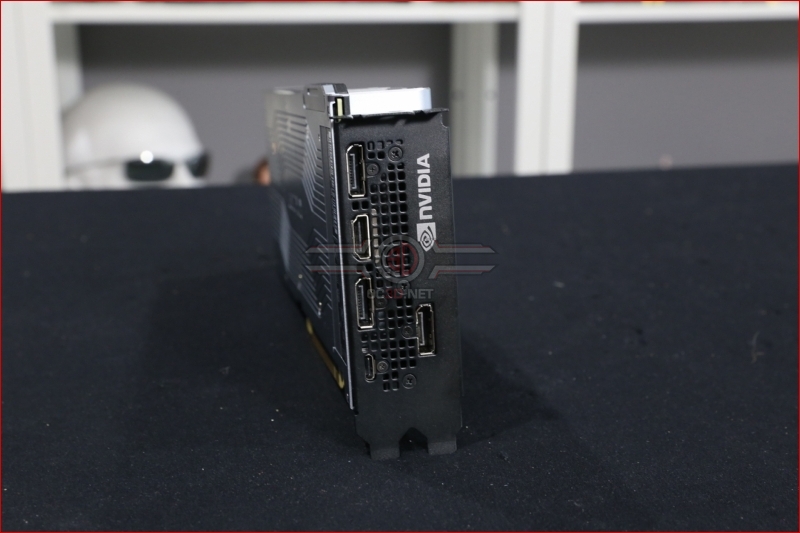