There is no getting away from the fact that the GTX 1080 turned up and knocked it out of the park with incredible performance combined with great power efficiency at a reasonably affordable price.

Until now the top-of-the-line x80 nVidia cards have been the ones that we dreamt of, whilst our wallet was only capable of the x70. It's why the GTX 970 was one of the most popular cards around. There has always been a performance difference to match the price difference, and the GTX 1070 is no exception when it comes to a price differential, but how does the performance match up to its bigger brother.

When compared to the GTX 1080 the Pascal GPU at the heart of the GTX 1070 has one fewer Graphics Processing Cluster, which means 5 fewer Streaming Multiprocessors and 640 fewer CUDA Cores. The other big drop off is the move from GDDR5X memory back to the more common GDDR5, and the speed has gone down from 5GHz to 4GHz.

Wherever you look the GTX 1070 has been pared back when compared to the GTX 1080, as befits a card aimed at the masses rather than the enthusiasts. There is still the same GM104 GPU, still the same L2 cache size, and still the same choice of display outputs though. Have the nVidia guys managed to drastically reduce the dry specifications whilst still keeping performance high enough to make us wet? 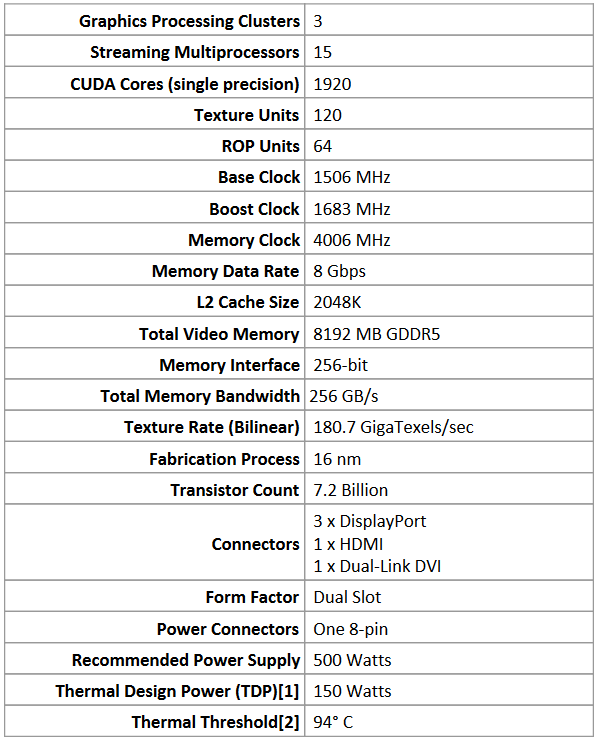 SuB
Pretty impressive, nice review dude. Thanks. This has definitely put the 1070 on my radar.

Edit: The performance per watt is lushQuote

It's my upgrade choice from the 950s.

barnsley
Kinda just had an impluse moment. Not sure how they're going to fit on an ITX board

The power draw sold it for me. The radeon pro duo I had my eye on went up in price on me AGAIN and I've always wanted an SLI setup. If AMD release a game changer in the future I can shift these no sweat.Quote

Wraith
That is the sexiest receipt I've ever seen.Quote

Stato257
Great review Tom! Any news on 1070 sli performance? I bought a new system with a strix 1080 and was told today the card will not in Uk until end of June at the earliest :/ I game on a X34a monitor and would be keen to see a comparison between the 2 when you get chance to see if its worth swapping. Cheers.Quote
Reply