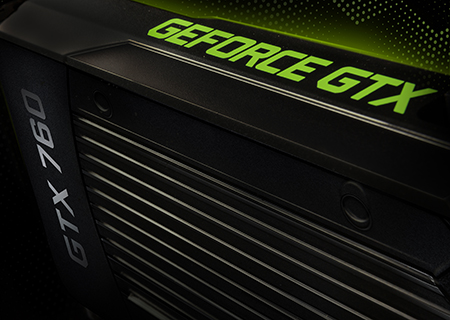 The GTX760 is a bit of a mixed bag, and how you feel about it definitely depends upon where you're viewing it from.

If you focus solely upon the nVidia numbering scheme and consider the GTX760 a replacement for the GTX660, then you'll be pleasantly surprised. For the fairly affordable sum of £210 you're getting a card that performs well in every scenario. If you're careful with your choice of settings then you can make any game, even Crysis 3, playable. Overclocking brings a little extra performance to the table, depending entirely upon the demanding nature of the title. Because the cooler is the older 6 series reference model it isn't capable of keeping the card as cool as we'd like and so the GPU Boost 2.0 often reduces the overclock slightly to maintain the temperatures. Naturally a better, third-party, cooler should allow the overclock to shine a little more. Although even still you're not able to bridge the gap to the model above, in this case the GTX770.

However, we know that the GTX760 isn't really a replacement for the GTX660. Because it has an extra block of CUDA Cores it's actually a halfway house between the GTX660 and GTX670. The results reflect this, with some of the best GTX660s (the Gigabyte Windforce for example) or the best GTX670s (MSI Power Edition) able to beat it out in our results. Also the card is already reflecting its mid-range price-point in the latest titles, so you're not going to be future-proofing yourself. It's more of a stop-gap until the next generation.

So if you're looking to upgrade from a GTX 6xx card, then you're better off skipping this particular model. If, however, you're still on a 5 series, then the GTX760 has enough performance to make it a worthwhile purchase. If you're in the market for a graphics card for an entirely new system then the GTX760 should be high up on your list. It combines good performance at a good price, although we'd wait for a third-party cooler to unlock some of the better overclocking ability. We would also like to point out that the Radeon HD7870LE not only comes in at £60 or so less than the GTX760, but it also comes with the four games as part of the AMD Never Settle bundle, so could provide better value for money if you're starting from a clean slate.

All in all the nVidia GTX760 is a solid but unspectacular offering, that brings exactly the amount of 3D performance you'd expect to find for £210, and for that reason we award it our OC3D Gamers Choice.

Thanks to nVidia for supplying the GTX760 for review. Discuss our findings in our OC3D Forums.

AverageNinja
Thanks for the review Tom!
Reading through it now!

I've been excited for this card. If it's better/similair to the 660 Ti it might end up in my next rig

BradKing
Thanks for the review Tom, quick question: on page 1 it mentions a 230 pounds price while on page 17 it's 210 pounds?

Was really hoping to see how these were compared to the 660 TI cards, oh well. Sure hope they come in at a lower price, just can't see myself going for these for a new system otherwise, much rather stay with older cards then.Quote

SieB
Quote:
Aria have a reference one on preorder for £190, not bad at that price.

VonBlade
Re the price issue. Our reviews are often written prior to NDAs being lifted and so we can only go on the price that retailers think the product will arrive at. It's why we have a price link at the top of the page which covers the actual cost.

But you're all intelligent people. We're sure that you can understand prices are subject to change... can't you?

However, on the off-chance that you're unable to read the price at the top, or reconcile the difference between a MSRP and actual street price, I've edited the first page to reflect the actual price.

BradKing
Quote:
^^ thnx, prices are indeed subject to change, just didn't expect them to change within the review itself

It has a 240 euro suggested price over here, with prices at Aria coming in at ~190 pound I am indeed expecting ~225 euro prices over here, making it a pretty nice price, still a bit below the 7950 and 660 ti's. Still, it's hard to pick a gpu solution for higher than 1080p resolutions, looking forward to 760 sli tests