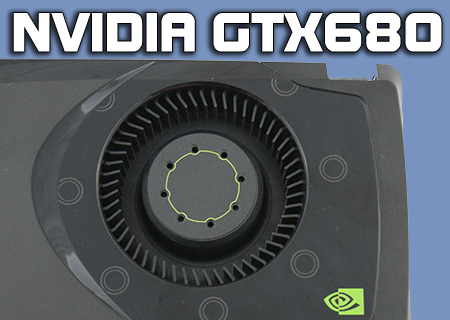 Every new generation of graphics cards has seen the battleground littered with the bodies of the fallen. Whether it's the domination of the 9800 Pro, the GTX280, the HD4870 and HD5870s or the GTX580, every generation has had the winners and the losers.

The original GTX480 was too hot and too noisy, but how power in abundance. This was quickly fixed with the GTX580 which ruled the roost as the fastest single GPU until the release of the awesome HD7970 which has taken up the mantle as the ultimate single GPU card.

Now nVidia are back into the fray with the GTX680, codenamed Kepler. Although it has a new GPU under the hood such was the frantic redesign of the Fermi for the GTX580 that this is actually the first real evolution of the Fermi core ideology.

Has it retaken the crown from the HD7970?

Now a lot has changed with the way that nVidia are solving the problem of supplying outstanding performance without breaking the bank in terms of power consumption and heat. Rather than clocking the bejeezus out of each core they have greatly increased the amount of cores available but left them running at a lower clock speed, thus saving power. However rather than just let this spare power go to waste the GPU now automatically overclocks itself up to the TDP limit so you get the dual benefits of low power gaming without compromising the performance. However, let's just look at the numbers for now and we'll cover the rest as we go.

Excalabur50
Nice to see the competition so close for a change adds a nice new perspective to hardware.Quote

Azuka09
Im gonna get this in my new rig. Now only waiting for the new 1155 Cpus.Quote

My choice was made anyway, I am a faithful and has less than a huge disappointment, I have not bought anything.