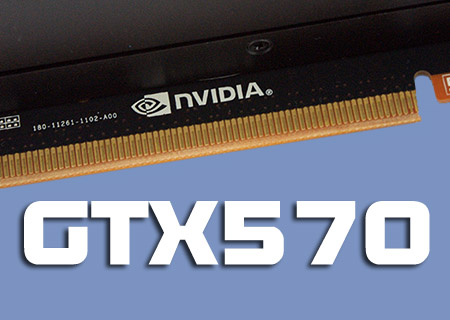 With the last generation of Fermi cards from nVidia we, until the release of the MSI Lightning and Gigabyte SOC, felt the cut-down models actually were the choice models in the line-up. All of the performance with little of the drawbacks they were an ideal choice.

The revised range-topping GTX580 model from nVidia fixed all of the faults of the GTX480 and absolutely wowed us with its immense performance, cool temperatures and comparitive silence.

In feature terms it gives us everything we could ask for except of course for the rather serious price-tag. So with that in mind nVidia have launched their first reduced model in the GF110 range, the GTX570, and that's what we're having a look at today. Does it give us all the class-leading performance of the GTX580 without the divorce-inducing price-tag, or is it compromising too much to be worthy of consideration.

Contrary to previous middle-range versions of the premium cards, the GTX570 hasn't been trimmed back much at all. 480 Cores rather than the 512 of the GTX580 might seem a downer, but when you consider this is the same as the GTX480 it appears this is as powerful as the GTX480 was when it appeared on the scene, but with the improvements nVidia have given the GF110 when compared to the GF100 Fermi. 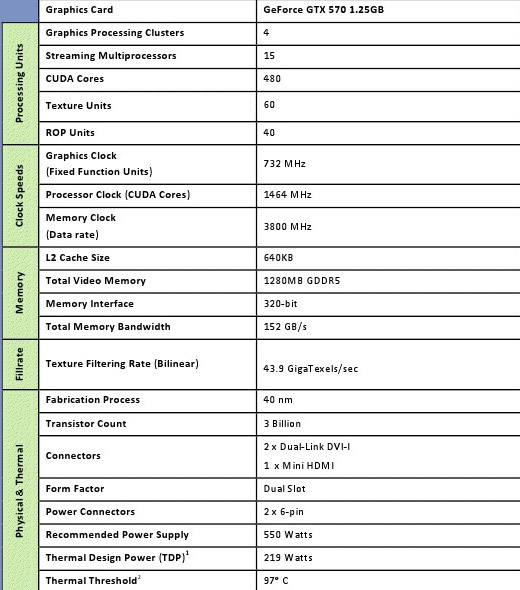 Stromatolites
Now look what you have gone and done. You have made me reach for my wallet....Quote

Mr. Strawberry
i think i am in love

hmmblah
Fits right where we expected. I would have liked to have seen 470 results in there as well because I am sure a lot of people will be trying to decide between the lower priced 470 and the new-kid-on-the-block 570. Nice review though. I hope nVidia can keep on this path of winning cards for awhile. It will be interesting to see what AMD fires back with at the $350 price range.

How early did you get 3DMark 11?Quote

khorngor
Tom what would you recon is best, a 580 gtx overclocked or 2x MSI 460 GTX Hawk overclocked?

And will you do a review of the MSI 460 GTX Hawk?Quote

Heebs
I saw the AMD 1100T review and thought to myself, the 570 review is bigger news, is Tom on crack?

No point to do a 460 GTX Hawk review, its a great card, its got a better cooler than reference and arguably can handle over voltage without issue. Honestly, I'd go and pick up a 570 before I dropped money on a 2x GTX 460 Hawk configuration.Quote
Reply