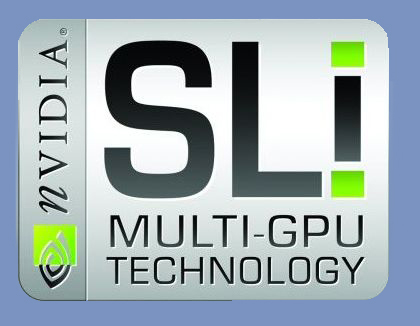 We were blown away by the improvements Nvidia made with the Quad SLI 9800GX2's we reviewed HERE so we were intrigued to see if quad SLI had been enhanced further with the release of the GTX295. Had the problems of linking four GPU's been ironed out? Was heat still an issue? How do they scale? Is it a worthy purchase. All these questions we wanted to answer and not only that but we wanted to see if the addition of a GTX285 as a PhysX processing unit would add anything to the setup. Call us crazy, call us mad but while we have all this delicious hardware in our test lab it seemed a shame not see how far things would go and report back to you.

The two flagship cards we will be using for this article hail from XFX and Zotac but for all intents and purposes these cards are identical under the skin so we do not expect any difficulties in getting the cards to work in tandem. There have been many discussion and misinformation regarding the use of different manufacturers cards but as long as the family is the same (GTX295 + GTX295) then you are good to go. Even different BIOS's are fine to use together so you could, for example, run an overclocked card with a stock clocked card. In this scenario the stock clocked card is usually best placed in the uppermost slot to prevent any conflict in clock speeds. Both cards will run to whichever card is in the Primary PCIe slot, which for all intents and purposes is where the 'Master Card' (the card which dictates the clock speed) should be positioned. If both cards are capable of the overclocked cards speed then there should be no issue in running the overclocked card in the primary PCIe slot, in effect, automatically overclocking the 'slave card' to the master cards clock speed. Cool eh?

I cannot confirm if this procedure works with the GTX295 as both the cards we have for testing today are stock clocked versions but I have no reason to think it wouldn't work - usual disclaimers apply.

So then, onto Quad SLI which has been around for almost 3 years in one form or another. The OEM 7900GX2 was a behemoth of a card that was shrunk down to the 7950GX2 for retail release. This card, while performing well in some games was ultimately deemed a failure thanks to driver issues and eventually lack of support until, it seemed, Nvidia totally abandoned the whole idea of Quad SLI as well as support for the 7950GX2, much to the dismay of those who had purchased the card(s). Fast forward 18 months and Nvidia tried again with the 9800GX2, which is still a formidable card by todays standards. The 9800GX2 was a massive leap forward in both support and compatibility and proved to the world that Quad GPU gaming was certainly viable. Despite a few minor driver issues, the cards ran flawlessly and even managed to fend off a challenge from ATI's answer to Quad SLI, CrossfireX.

With ATI now in full flow with their own take on Multi GPU gaming, Nvidia appeared to struggle to compete. The 4870x2 was dominating the graphics card scene with no reply from the green camp. Heat and power issues plagued Nvidia's rumoured GX2 successor and it wasn't until recently that the GTX295 was released, five months after the 4870x2, that Nvidia finally had an answer to the ATI dual GPU card.

You have probably read all about the GTX295 in our previous two reviews so I won't bore you with regurgitating the same spiel. It is however safe enough to say the GTX295 was worth the wait. If you game at the highest resolution and you're a big fan of AA, there is simply no faster card on the market today, that is unless you intend to use two of them.

Let's move on to the setup we intend to use for today's article...

Brooksie
holy crap at the fps it gives

insane price though, maybe if i win the lottery lol

VonBlade
Tis a strange set of results. Part of me, the "more power" part, loves that the Quad SLI scales at insane resolutions and allows for the AA and AF to be cranked up whilst still providing enormous frame-rates in everything on the planet.

The "I'm a pauper" part of me is surprised that as a single 295 still provides fully playable frame-rates (over 60fps) in everything so I wonder why anyone would bother paying for another one to Quad it. Even the 30" brigade have no real need to go Quad-SLI.

So I'm in absolute awe of the results, demonstrating that PC hardware has reached a peak we couldn't have possibly forseen a year ago. But I'm still aghast that anyone would even consider going Quad for anything other than bragging rights.

Phenomenal all around. And 4.2ghz on air! You hero

GavX
Lovi'n the "Balls to teh Wall" section, nice touch

Still, if I also won the lottery...Quote

FarFarAway
Great review as usual. This looks to be the peak in performance at the moment and whilst I have never been a fan of multiple card setups, it is insane

w3bbo
Need and want are always going to be debatable points when it comes to the pinnacle of hardware.

Do we really 'need' 4ghz CPU's and quad sli - I doubt it. Wanting however is another matter entirely and with that thought Jim is going to have to move hell and earth to get me to return these cards

Do I need them? No, I'm quite happy with my 280SLI rig thank you very much, do I want them...too bloody right I do.