After the release of the 8800 series, consumers were all waiting for the mid-range cards to hit the shelves. nVidia let everyone hold their breath for a while and ATI haven't really gotten there yet, but we do now have them in our grubby mitts.

The mid-range section of the graphics market is a key market for the GPU makers and nVidia really hit this segment with the 6600GT when the 6 series came out. Just looking at something like the Valve hardware survey sees about 50% of the gamers using a 6600GT.

The 8600's are supposed to fill that gap that hasn't really been filled properly since...so let's see what's what.

What has been done different?

Well first of all it's an economy of scale. G84 is smaller than G80...by quite a lot. 32 stream processors replace 128 and the 384bit memory interface is replaced with a 128bit interface. This leaves me feeling a bit non-plussed. I appreciate that the mid-range cards will be cut-down versions of the top-end hardware but it seems to have been taken a little too far. 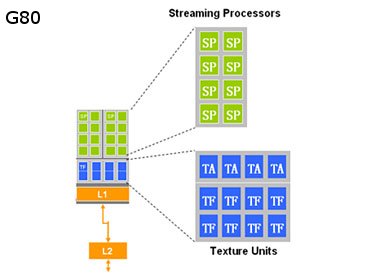 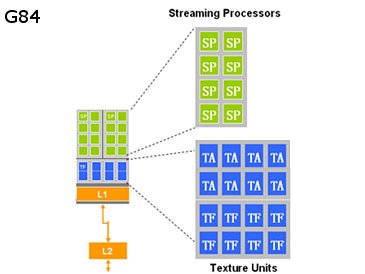 The one thing you notice is that the texture address units are increased in G84, with nVidia increasing the texture addressing per-clock cycle from 4 to 8 - giving a theoretical 16 cycles per clock. In reality though this doesn't really affect the numbers so not all that much has changed.

The ROP capabilities are also decreased with two lots of four ROP units capable of 8 pixels per clock to memory when implementing colour and Z-processing.

Also included is full hardware decoding of H.264 video as well as VC-1 content. I could not test this in this review as I am using Windows XP Professional for the tests and not Vista. An XP driver bringing these capabilities is currently being developed by nVidia.

Now the technical bit is over let's look at some specs.

ionicle
looks cool, i just wish XFX had done the same with the GTS as the GT, the black PCB does look damn niceQuote

JN
Quote:
Agreed. And I'm quire fond of the DVI connectors too

ExtremeBlizzard
Ye the Black does make it look good maybe in future they will make more cards that use different colours:rotfl: :rotfl:Quote
Reply