With quite a few RTX cards in the MSI range it makes sense for the Duke to place which one it is front and centre, and it certainly has that box ticked. We like the brush effect font used too, it reminds us of playing Okami. 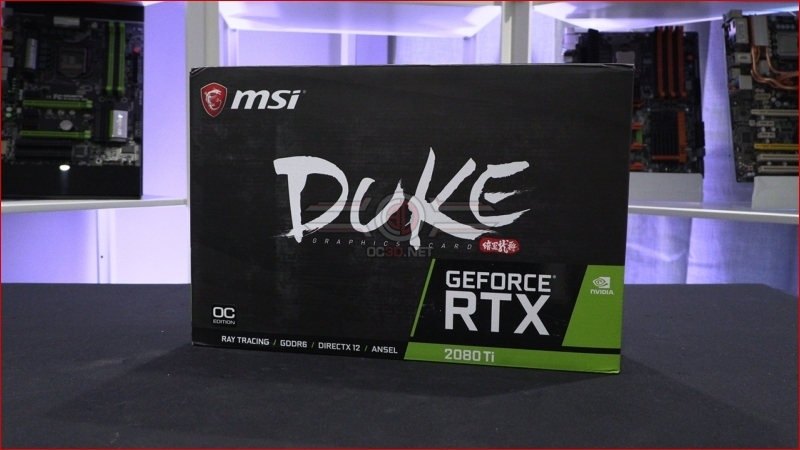 If you're familiar with the MSI Twin Frozr, or Triple Frozr, cooler then this will be instantly recognisable. Fans with plentiful blades and lots of angles to attract the eye. It's nice without being gaudy, recognisable without the design limiting the function. Very nice indeed. 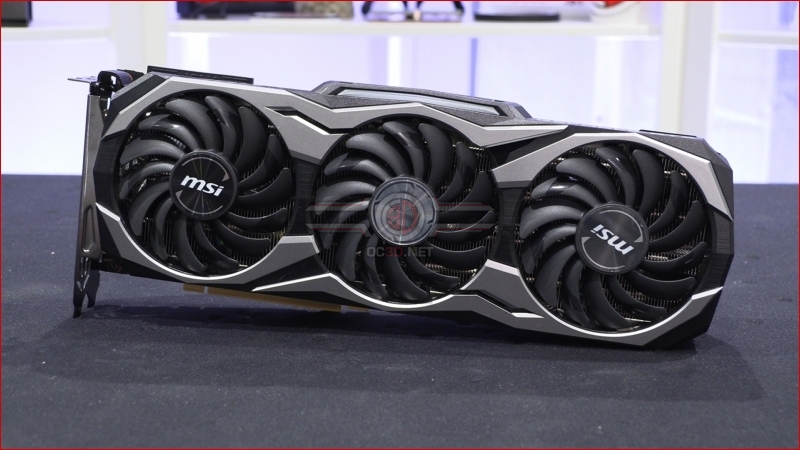 The part of the card you see the most, the backplate is very sturdy with large branding and, happily enough, a little duct to route some of the airflow from the top fan across the back of the card. 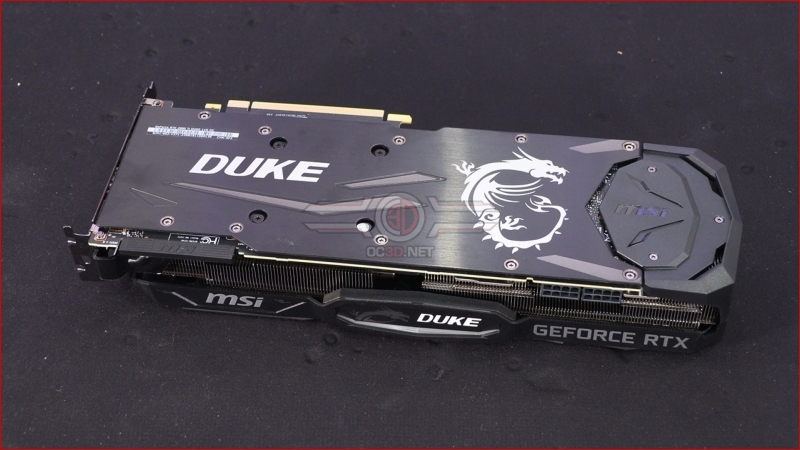 There is an awful lot of room for the heat sink to dissipate the warm air, especially on the lower side. That's some serious fin density. The logo side obviously has a little more shroud to fit in the Duke RGB logo and RTX branding, but it's still by no means a full cover shroud. 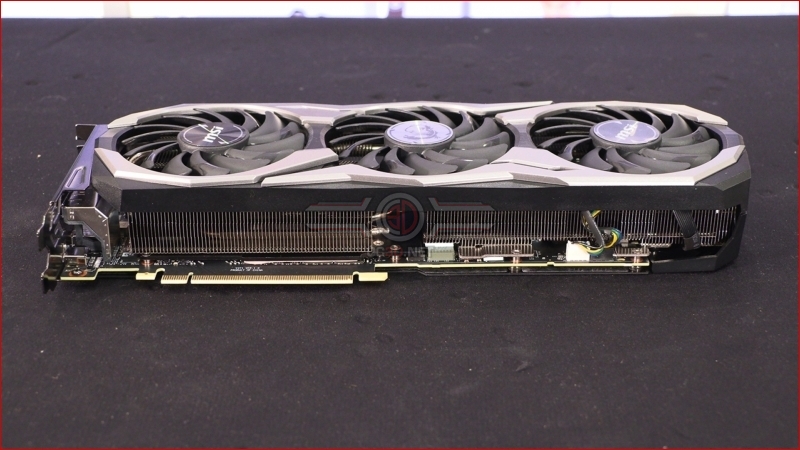 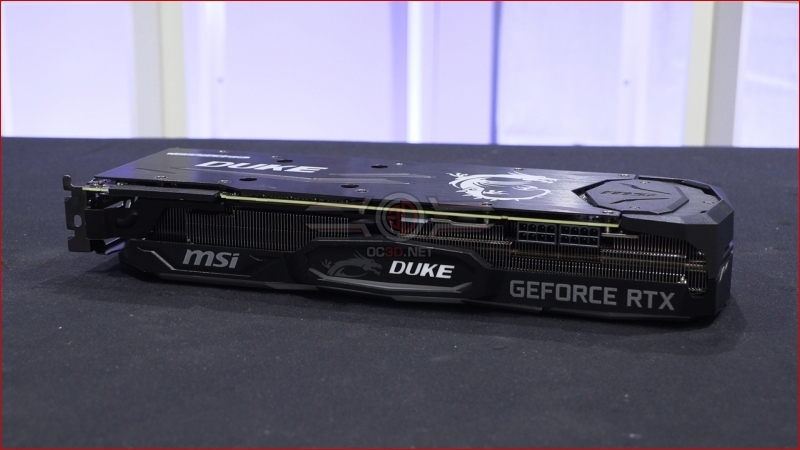 Display outputs are a combination of the ever faithful HDMI alongside DisplayPort, and there is even a USB header for those of you who need somewhere to plug in your VR headset. 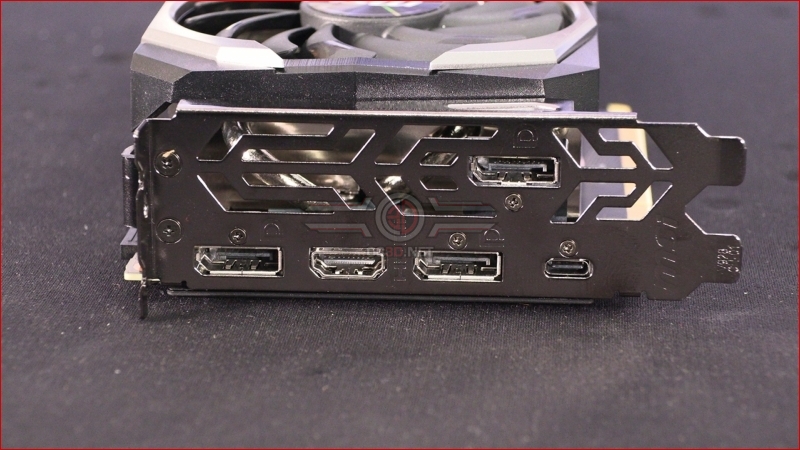 As you would expect from an RTX 2080Ti card the power requirements are two 8pin PCI Express numbers. 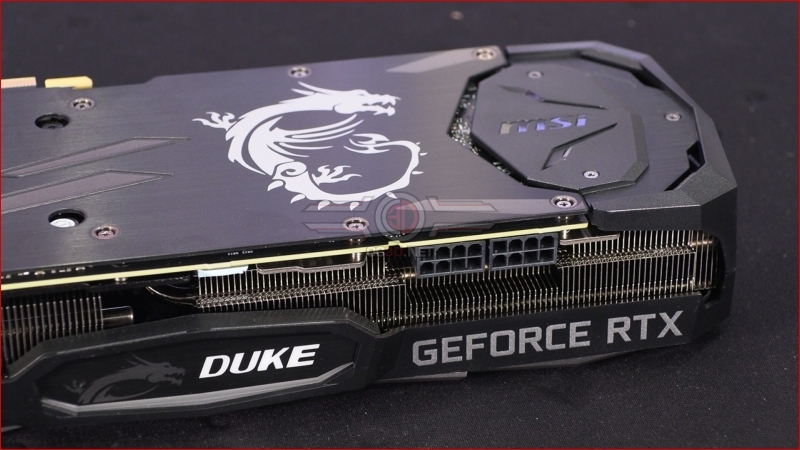 Often a cooler looks almost indistinguishable from the cooler on any other of the manufacturers range but the Duke leaves nobody in any doubt as to which heart beats in your machine. 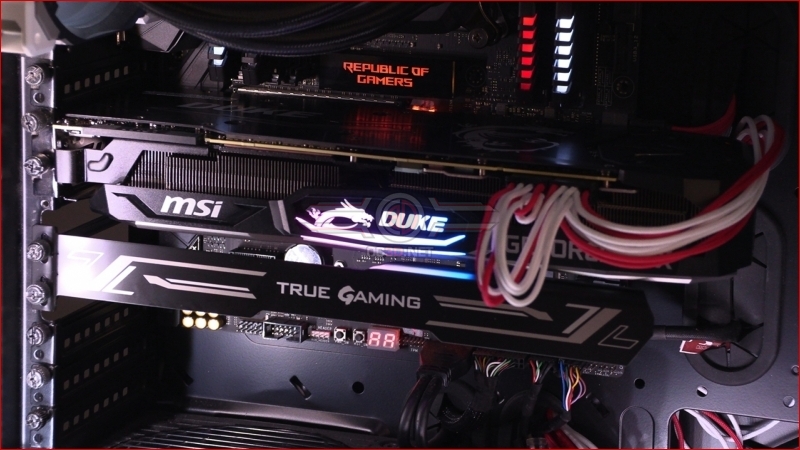 FTLN
Whats the power limit on this card ?

EDIT: Power limit is definitely a deciding factor when buying this type of card, as most buyers wont get a cherry picked sample like OC3D. I suggest that its something you should incorporate into future GPU reviews.Quote

Kaapstad
Quote:
Why are you so hung up on power limit, if you want to go down that route get a RTX Titan + water/LN2 setup + custom bios, even Kingpin would if EVGA sold Titans.

All the 2080 Ti cards are nice, it all comes down to cooling and warranty as to which is best for you.

FTLN
Quote:
I reckon you'll most probably hit power limit before cooling becomes an issue on this card..

Also why not include power limit in the review ? When paying 1200 smackeroonies for a GPU all this is useful information. I think sometimes people forget what the OC in OC3D stands for

Warchild
Quote:
We live in an age where we want to squeeze the most out of our cards and not have to invest in a loan to pay for the electric bill at the end of the month.

The moment I see a card with 3 connectors, I move on without any temptation!Quote