There is no doubt that the RTX 2080Ti had a serious amount of performance and new features built into the architecture that really stepped nVidia's game up. Often a new GPU comes with a few tweaks but largely more cores/shaders so that it's faster and better than the one that came before.

With their Turing architecture the RTX cards have taking a massive leap forwards. Not only does it have the "bigger, better, faster, more" ethos of the old way of doing things, but additionally a suite of extra elements really transform the possibilities and take us on to sunlit uplands. With dedicated Ray Tracing hardware - the RT part of the name unsurprisingly - you are guaranteed more life like lighting and reflections and shadows and all the good stuff that makes images feel like a photo of the real world, rather than an artistic impression of it. Additionally the Tensor cores can bring all the benefits of super sampling without any of the performance hit. Indeed as we've seen in our Final Fantasy XV testing previously, so powerful are the Tensor cores that you end up getting higher frames per second with Deep Learning Super Sampling (DLSS) than you get with no AA at all. All of the benefits of smooth images, none of the performance problems.

Obviously the RTX 2070 is cut-down when compared to the flagship RTX models, but we're here to discover how much performance has been lost and how it fares against the current models.

Whenever a new graphics card comes out that fits into the range a little below the flagship models, everyone wants to know what has changed and how close it gets to the big ones.

The RTX 2080Ti definitely changed the game when it comes to smooth frame rates in HDR 4K, being the first card capable of over 60FPS in nearly every title. Naturally the reduced core count of the 2080 meant it wasn't quite as impressive at the higher resolutions. However, the RTX 2070 isn't aimed at those of you who expect 60 FPS in 4K titles, but instead is more aimed at those who want the benefits of the Tensing Cores and RT feature set at more modest resolutions. When compared to the GTX 1070 that preceded it, the RTX 2070 has bumped the floating point shader performance up from 6.5 TFLOPS to 7.9 TFLOPS. Hopefully this translates to better gaming performance. So let's take a shuftie at how the MSI RTX 2070 Armor does. 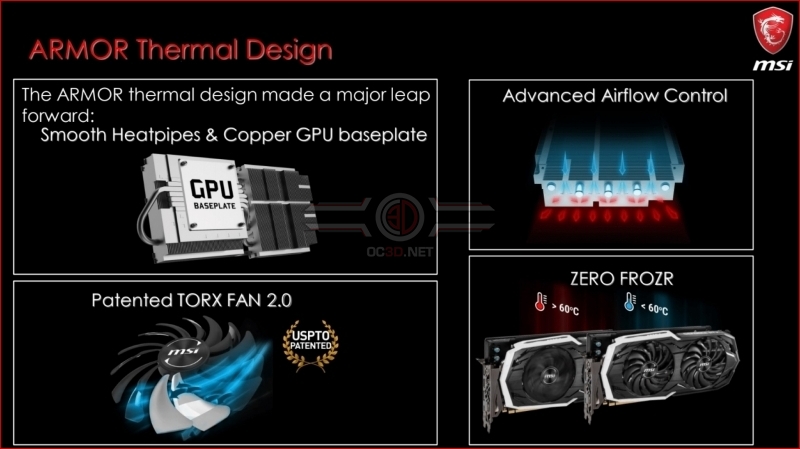 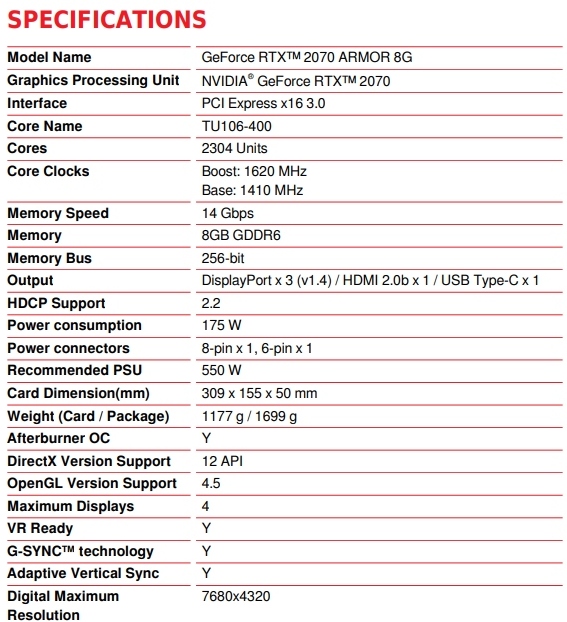 WYP
Does anybody else wonder why Armor?

I'd have tossed out that brand name years ago as soon as anyone realised that there is the whole Armour/Armor thing going on. They could have called it Shield or something.

Whenever I type anything to do with these cards I always need to double check to make sure it is spelt incorrectly (The UK spelling is Armour).Quote

AlienALX
Because MSI always have to give their cards stupid names is why. I mean Duke?

Thanks for the review, guys. TBH AMD need to get their prices down.Quote

Avet
Asian companies, and Asian market in general don't have the same concept of what "cool" is, compared to western world. Nor does everything translates especially well to english. It is much more obvious with companies that are predominantly focusing Asian market. It is literally a different world. I can give you an example of e-sports team names like Royal Never Give Up, or Detonation Focus Me. Those names have no logic for western world, but it is quite popular to combine words like that in China or Japan. So stupid for us doesn't mean they see it that way.Quote

Excalabur50
Well I for one am glad that MSI have listened to feedback from their customers and improved the cooling capabilities of their Armour cards as the Pascal coolers were pretty bad, whereas now those on a more limited budget can buy a card that will perform pretty well without getting too hot.
Thanks for the review!Quote

WYP
I'm looking forward to seeing the prices for these tomorrow.Quote
Reply