Some of our spies have been able to get an exclusive look at MSI's upcoming GTX 1080 Ti Gaming X GPU, showcasing some of the upgrades that MSI has made over their existing GTX Gaming X designs.

To start off with, MSI will be releasing this GPU with an unspecified factory overclock and upgraded cooler design, ensuring that this GPU will offer performance that exceeds Nvidia's Founders Edition design and offers both cooler and quieter operation.

While MSI's Twin Frozr VI cooler may look immediately familiar to those who have worked with other recent MSI Gaming X series GPUs, it is worth noting that this GPU comes with some significant upgrades, with a larger finstack, a thickness of 2.5 PCI slots and a new heatpipe configuration. 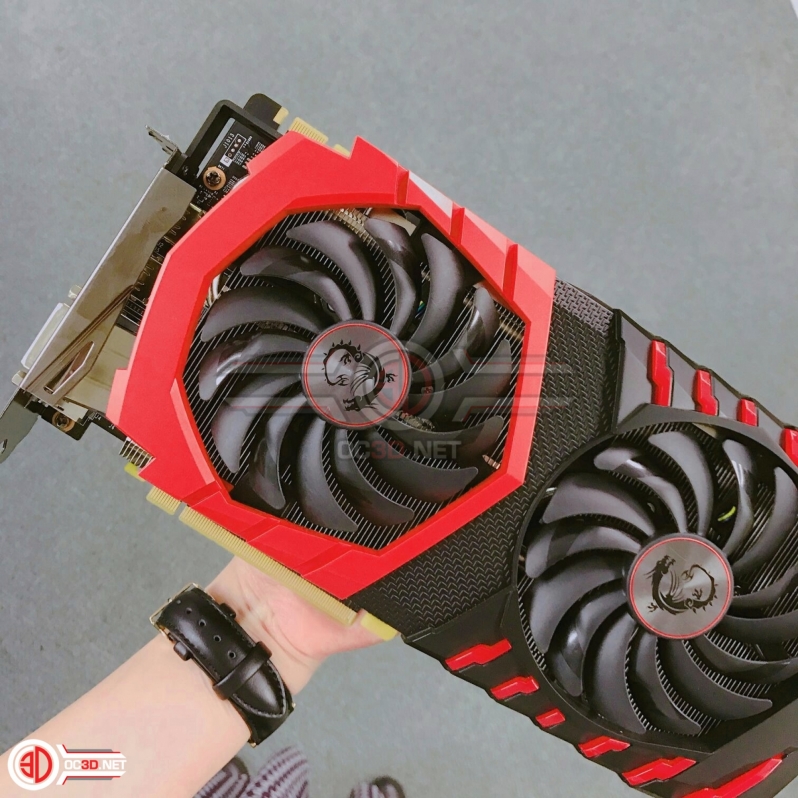 Sadly our source was unable to release this GPU's final retail clock speeds, though we have been told that they will offer a significant performance boost over Nvidia's Founders Edition/reference versions, with their new cooler design ensuring that their GPU remains cool and quiet under gaming workloads.

Eagle-eyed readers will also notice that MSI has added RGB illuminated Geforce GTX branding on the side of the GPU, allowing users to show off their affiliation with the green team with some custom lighting. 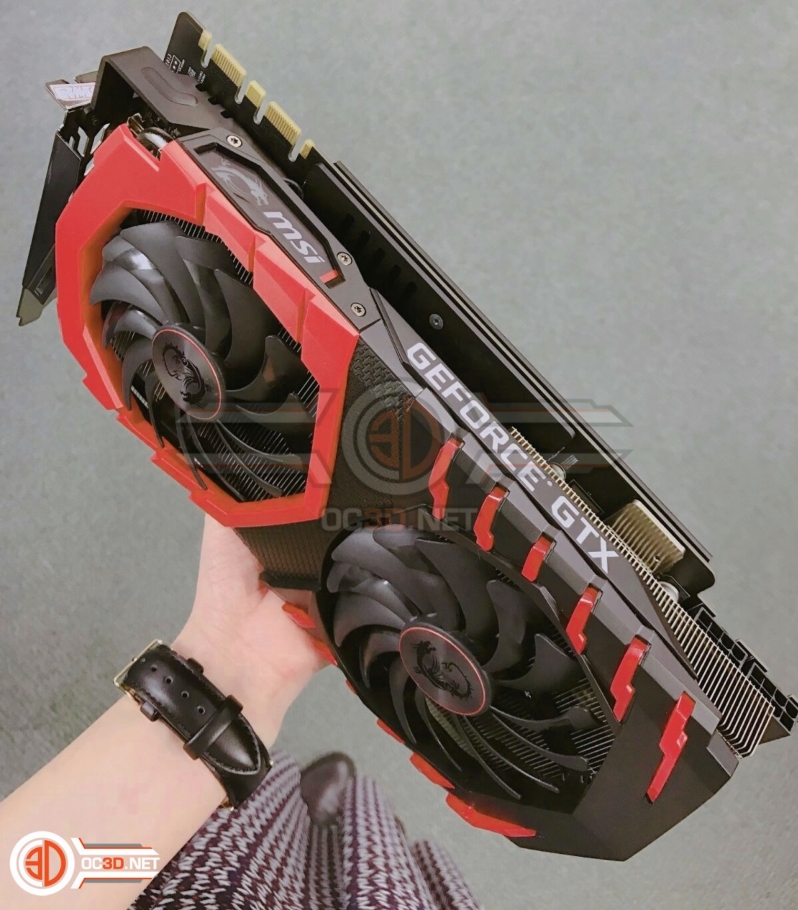 To put things simply, MSI has done a lot more than just release a GTX 1080 with Nvidia's latest GTX 1080 Ti GPU core but has given their Twin Frozr VI cooler a total redesign, offering a lot more cooling potential and ensuring that Nvidia's  250W GP-102 GPU core can offer the best performance while under the most stressing of gaming loads.

So far the only downside of this GPU that we can see is the combination or red coloured accents on the cooler in combination with RGB lighting, though this is a minor complaint.

You can join the discussion on MSI's GTX 1080 Ti Gaming X on the OC3D Forums.

Surpuppa
I dont understand why the fans arnt bigger? MSI has one of the widest cards on the market but still only have standard size fans. There is about 1 cm on each side to work withQuote

Avet
They are the biggest fans on GPUs. If they are efficient there is no need for upgrade. You can just bump up the radiator, and fans will dissipate more heat. Don't repair the thing that is not broken.Quote

kully1972
It's an evolutionary upgrade on previous designs.
Thicker but cooler and quieter hopefully with those larger fans.
I'll be upgrading from msi 1070 gaming x version to this for sure in July!Quote

jimma47
Quote:
Are they tiny hands or is it really a monster GPU?