While Hitman does include a built in benchmarking tool, we find that actual gameplay is typically the best way for us to conduct our GPU testing. We decided to use the new Paris level is our own benchmarks, playing through the level for around 90 seconds in exactly the same way every time for consistency.

In DirectX 12 we had frequent crashes with Nvidia GPUs and have found random launch crashes and the appearance of a 60FPS framerate cap on AMD, a cap which we found very difficult to bypass. In the future we would like to retest the game with DirectX 12, but right now it looks like the DirectX 12 version of the game needs some patching. 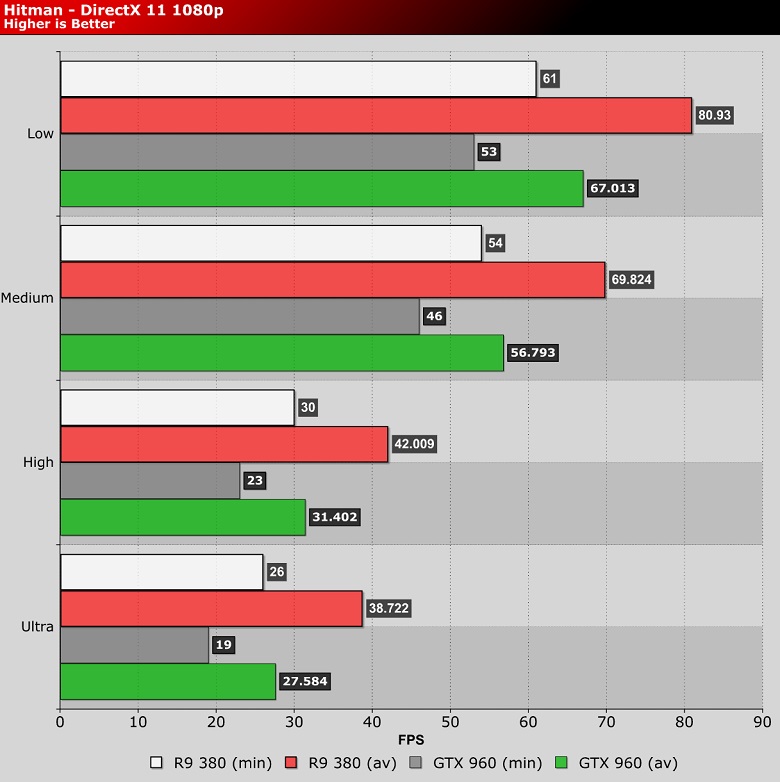