At a resolution of 4K we can see AMD get a huge lead in average framerate, with AMD having lead of over 10% in almost all cases. AMD does have very similar minimum framerate performance to Nvidia, so we cannot call it a major victory for AMD.

Hopefully both AMD, Nvidia and IO Interactive can improve the games Minimum framerate performance before release, as right now the game cannot run at a constant 30+ FPS at 4K, though there is still plenty of time before release for AMD or Nvidia to release drivers and for IO interactive to implement a few changes.

DirectX 12 may be enough on it's own to make this game fully playable at 4K, but it looks like we will have to wait for next generation hardware before we can get a stable 60+FPS at this resolution. 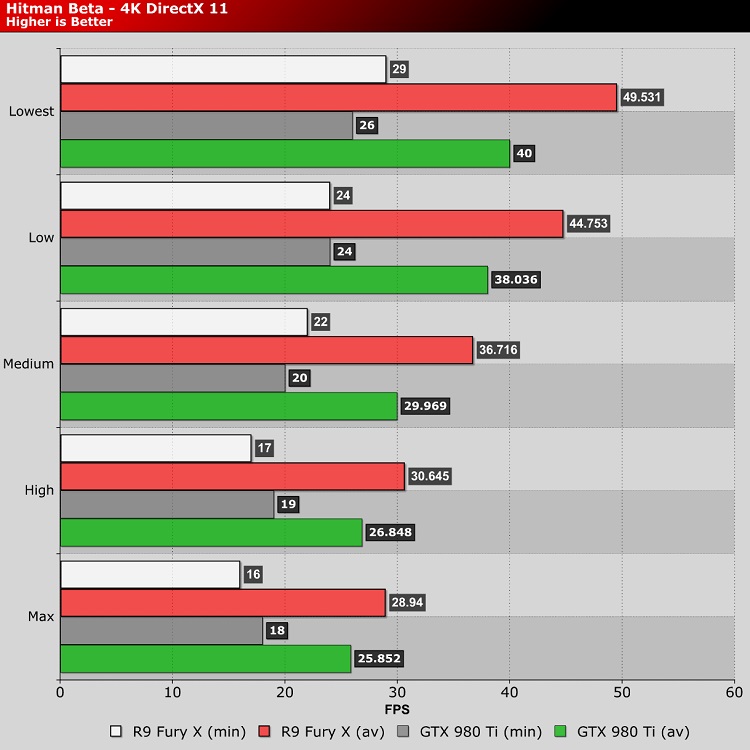 NeverBackDown
Nvidia loses in all but 1080p with the 980ti. Unsurprisingly given its AMD supported title and AMD do very well at high res. Just at 4k it was kinda shocking to be that much different.Quote
Reply